Home Page At home Biden and Zelensky first talked on the phone: what did the presidents talk about

US President Joe Biden first spoke by phone with Ukrainian President Volodymyr Zelensky. Writes about it with the BBC. 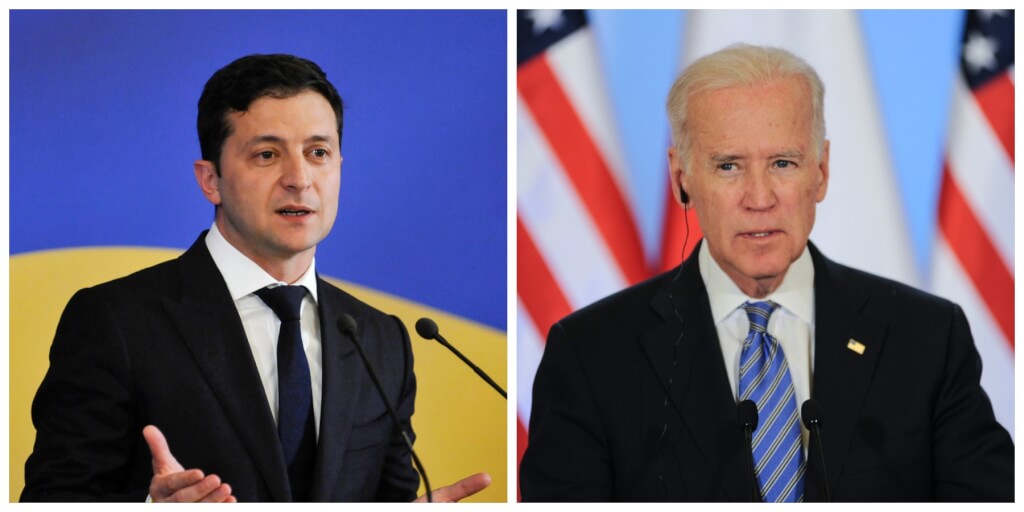 Joe Biden reiterated that the United States will steadfastly support the territorial integrity of Ukraine and help it resist Russian aggression in the Donbas and Crimea.

“We discussed the situation in Donbass in detail. President Biden assured me that Ukraine will never be left alone against Russia's aggression, ”Zelensky quoted his first conversation with Biden as saying.

“We stand shoulder to shoulder when it comes to preserving democracy,” said the President of Ukraine.

The presidents also spoke about reforms in Ukraine that need to be started or continued, including the fight against corruption.

"The leaders agreed that these reforms are central to Ukraine's Euro-Atlantic aspirations," the White House said in a statement.

We did not forget to mention the COVID-19 pandemic. The presidents discussed possible ways of cooperation to contain the spread of the coronavirus.

On the subject: The fourth consulate of Ukraine will be opened in the USA

According to the head of the President's Office, Andriy Yermak, Biden assured that the United States would not leave Ukraine without support.

He noted that the conversation lasted about 50 minutes, and Volodymyr Zelenskyy invited the US President to take part in the Crimean Platform summit.

The source said that during the conversation, Biden once again emphasized his support for Ukraine and said that "he really believes in the country."

The telephone conversation took place after information appeared that Russia builds up military power on the border with Ukraine.

Photos and videos of the transfer of equipment to the border and to the annexed Crimea began to appear on Russian social networks.

The President of Ukraine noted that "the escalation of the conflict on the part of Russia has been noticeable since the beginning of the year."

Zelensky himself believes that this is due to the sanctions against "Putin's godfather" Viktor Medvedchuk, as well as "our open and firm position on the independence of Ukraine and unconditional support from Western partners."

“Muscle flexing in the format of military exercises and possible provocations along the border is a traditional thing for Russia. Thus, the Russian Federation is trying to create an atmosphere of threat and at the same time pressure during the negotiations on a ceasefire, ”Zelensky said.

The President assured that the country "is always ready for any provocations."

Press Secretary of Russian President Vladimir Putin Dmitry Peskov said that Russia moves equipment on its territory and at its own discretion and this "should not bother anyone, it poses no threat to anyone."

On March 30, 2021, the Commander-in-Chief of the Armed Forces of Ukraine (AFU) Ruslan Khomchak said that 28 battalion tactical groups of Russia are located along the state border of Ukraine and in the temporarily occupied territories. In addition, about 25 more battalion tactical groups are planned to approach under the guise of preparing for the exercises. This poses a threat to the military security of the state.

The Main Intelligence Directorate of the Ministry of Defense of Ukraine does not exclude attempts to move the Russian occupation forces deep into the territory of Ukraine.

Hunter Biden released a memoir: in them he spoke about drug addiction and relations with his brother's widow

Google, Netflix, Facebook: how much do US programmers earn and where to work better