Home In the U.S. Canadian air traffic controllers order hundreds of pizzas for colleagues from the United States who sit without pay

Canadian air traffic controllers have sent several hundred pizzas to their American counterparts who have been forced to work without pay due to the shutdown, the partial suspension of the US government. 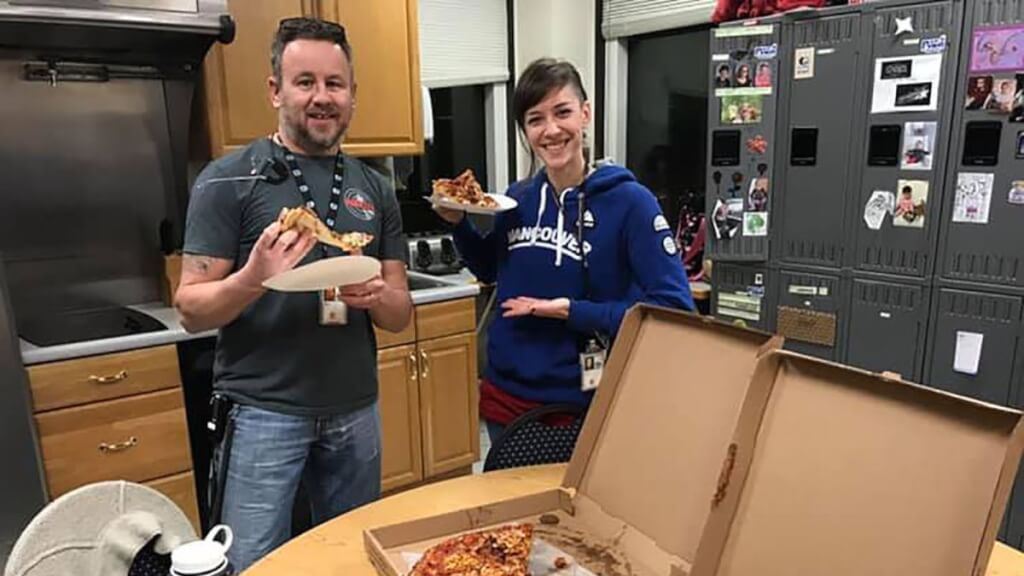 As the BBC writes, it all started with the fact that the dispatcher in Edmonton decided to buy pizza to his colleagues in Alaska as a sign of support. These air control centers are close, and dispatchers often communicate.

“They talk to these people on the phone every day and consider them to be their colleagues. And someone offered to order pizza for them, ”says Peter Duffy, head of the Canadian Air Traffic Controllers Association.

Soon, other Canadian air control centers began sending pizza to American colleagues - first those with whom they were in contact at work, and then everyone.

On Monday morning, more 49 pizzas were sent to 350 air control centers in the United States, CNN reported, and this number is likely to grow.

“Pizza for people who are not paid is, in general, a trifle. But what matters is the signal we send, ”says Duffy.

Since the end of last week, American controllers have been thanking Canadian for pizza.

“Many thanks to our brothers and sisters for the pizza they sent us last night!” Tweets from the American Association of Air Traffic Controllers.

In the comments, many Canadians write that they are proud of their country. 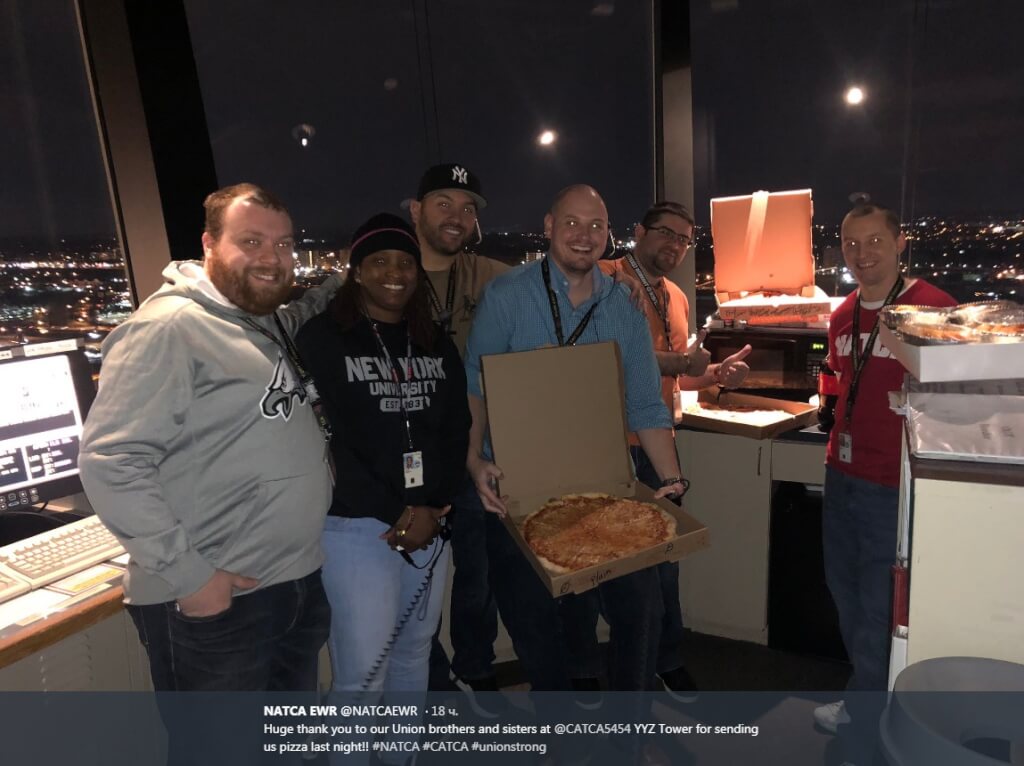 The current "shutdown" - the suspension of the work of US government agencies due to the inability of parliamentary factions to agree on a political issue - became the longest in the history of the country. The 1995 record of the year, when the government closed on 21 day, was broken last Saturday.

While he continues, no salary remains about 800 thousands of employees of various departments, and about 450 thousands, among them air traffic controllers, can not stop working or temporarily earn some money. They continue to work without pay.

State agencies lost funding because the Democrats who control the lower house of congress, refuse to highlight money to build a wall on the Mexican border. And Trump's supporters, accordingly, refuse to sign the budget without this item of expenditure.

But without the Democratic Party in the Senate, Trump will not be able to get the 60 votes from 100 needed to adopt the budget. Republicans have only 51 seat there.

Negotiations between Democrats and Trump have come nowhere. Late last week, the president said he was ready for a "shutdown" for months and even years until Congress approves funding for the wall.

The Democrats replied that they would not allocate a single cent to the wall.

What and how does Trump want to build on the border with Mexico?

$ 20 million collected for the construction of the wall with Mexico, will be returned to donors

Shatdaun in the US broke records for the duration