Apple won the first tax bout with the European Union for 13 billion euros ($ 14,9 billion): the American iPhone maker succeeded in court overturning the EU decision on a giant surcharge to the budget of Ireland. Writes about it with the BBC. 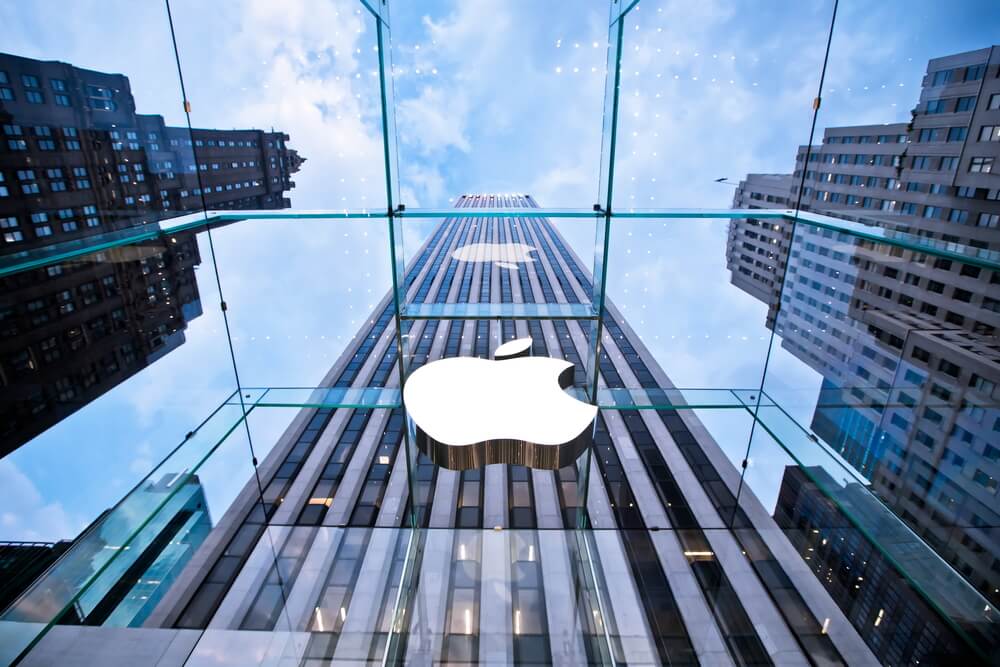 Having sided with Apple and Ireland, the European Court has erected a serious barrier to the EU’s “crusade” against American giants like Google, Facebook and Amazon, who earn money all over the world, and pay taxes in the United States or in preferential jurisdictions. And he showed how difficult it will be to equalize tax conditions within the single market of 27 EU countries, which the EU authorities have been achieving for almost a decade.

The price of the issue is gigantic: EU countries lose more than 250 billion euros ($ 286 billion) a year due to ingenious tax schemes - legal and not so. And money is needed more than ever - Europe is plunging into the largest crisis of the century due to the COVID-19 pandemic. The European Commission is raising an unprecedented 750 billion euros ($ 858 billion) to stimulate the economy, and therefore the question of raising taxes or at least improving their collection is very acute.

The case against Apple has been going on for more than one year, and he can’t see the end: the court’s decision will certainly be challenged and will reach the highest court of the EU. Which will take a few more years.

It all started four years ago, when the EU decided that Ireland had illegally gifted Apple 13 billion euros ($ 14,9 billion) in tax breaks, and decided to withdraw the subsidy back. During the four months that were released, this did not happen, and the EU went to court. Two years later, the American company transferred the amount with interest - 14,3 billion euros ($ 16,3 billion) - to a special account. Money is languishing there in anticipation of the outcome of the lawsuit.

The judges decided that the EU could not prove Ireland’s special attitude towards Apple.

On the subject: Apple announced a contest for the best night photo taken on the iPhone 11

In the fight against international companies, Europe is now inferior to them with a score of 1-2: earlier, the same court overturned a similar decision regarding the American coffee chain Starbucks, but supported the EU in a dispute with the auto giant Fiat Chrysler over tax breaks in Luxembourg. True, in both cases, it was about amounts an order of magnitude lower - about 30 million euros ($ 34 million).

The EU seeks a fairer distribution of tax revenues among the 27 countries of the bloc and, in the long term, global tax fairness, when international companies pay taxes where they earn. This is an understandable policy for the largest and richest single market on the planet: 450 million people, the second largest economy after the American one - more than 30 thousand euros ($ 34 thousand) per capita per year.

In the EU there is a huge solvent demand for the goods and services of international companies, but social spending is high, so taxes in most countries of the block bite. It is much more profitable for business to sell in the EU, and to bring profits offshore, or at least to those countries where it is possible to agree with the authorities on preferences and benefits. The EU really dislikes this. He is trying to reduce losses, and the main goal has long been American companies.

“Political nonsense. They took some figure out of my head. This is wrong, said Apple CEO Tim Cook in an interview with an Irish newspaper following the EU decision. - I am most outraged by the fact that the decision was politically motivated, I am absolutely sure of that. There were no factual or legal grounds ”.

The head of Apple found an unconventional ally - US President Donald Trump, who called Cook “Tim Apple” to his face. Trump has taken up arms against Margrethe Vestager, who for many years has led the EU antitrust vendetta in the rank of European Commissioner responsible for competition.

“I don't think I've ever met a person who hates the United States so much. What is she doing to us! She drags all of our people to court, '' Trump said. - They are suing Apple. They are suing everyone. ”

The resistance of other countries does not allow the EU to move the idea of ​​a single international approach to taxation of multinational companies, primarily Internet giants, from the dead point. The European Commission is not going to retreat, but so far there is a lull on the outer front, it has focused on the inside. On Wednesday, July 15, when the court ruled in the key case of this campaign, the EU announced another batch of measures aimed at combating tax evasion.

On the subject: Check your basement: Apple's old tech can cost up to a million dollars

To eliminate distortions in the internal single market, the friendly consent of 27 members of the union, including those who benefit from them, is needed. Therefore, success in this matter is still relative. The European Commission outlined the main goals of the campaign in May, pointing out loopholes in the tax laws of six countries: Cyprus, Hungary, Luxembourg, Malta, the Netherlands and all the same Ireland.

Ireland collects about 60 billion euros ($ 68,6 billion) in taxes a year, and 13 billion euros ($ 14,9 billion) for it - a gigantic amount, equal to two months of all its income or almost three months of tax revenue. However, in a dispute with the EU, she sided with Apple, defending the legality of two tax treaties with the American company, which the commission found fault with.

Apple reached an agreement with the Irish back in 1991, and the tax treaty - quite legal by EU regulations - was updated in 2007. Only in 2013 the European Commission became interested in it.

Apple almost immediately changed the mechanism for distributing profits from European operations, and the agreement with Ireland ended in 2015 - a year before the EU ordered to return 13 billion euros in subsidies.

In this amount, according to the EU, European taxpayers cost Apple's tax deal with Ireland. And this is only in 10 years: the law allows the European Commission to demand the return of the subsidy no more than a decade before the first request for it, that is, from 2003 to 2013.

The EU's goal is to protect free competition in the single European market by limiting subsidies to businesses from taxpayers' funds. Ireland, according to European officials in Brussels, violated this principle. She allowed Apple to organize the withdrawal of all profits from European operations through an Irish company to a certain "head office", and pay taxes only from 50 million euros ($ 57 million) - that is, about 10 million euros ($ 11,4) per year at the Irish tax rate at a profit.

In 2011 alone, Apple earned 16 billion euros in the EU and, thanks to an agreement with Ireland, paid only a fraction of a percent of this profit in the European Union, and brought 15,95 billion euros abroad.

Apple and the US authorities say to this that taxes on withdrawn profits should have been paid at home in California, and the EU is a raider who is trying to keep the income of American businesses and taxpayers.