As part of the "Speed ​​News" presentation, Apple officially presented the iPhone 12 line. It includes four smartphones: the "affordable" iPhone 12 mini and iPhone 12, as well as the flagships iPhone 12 Pro and iPhone 12 Pro Max. Their renders leaked to the Web a couple of hours before the announcement, writes Lifehacker. 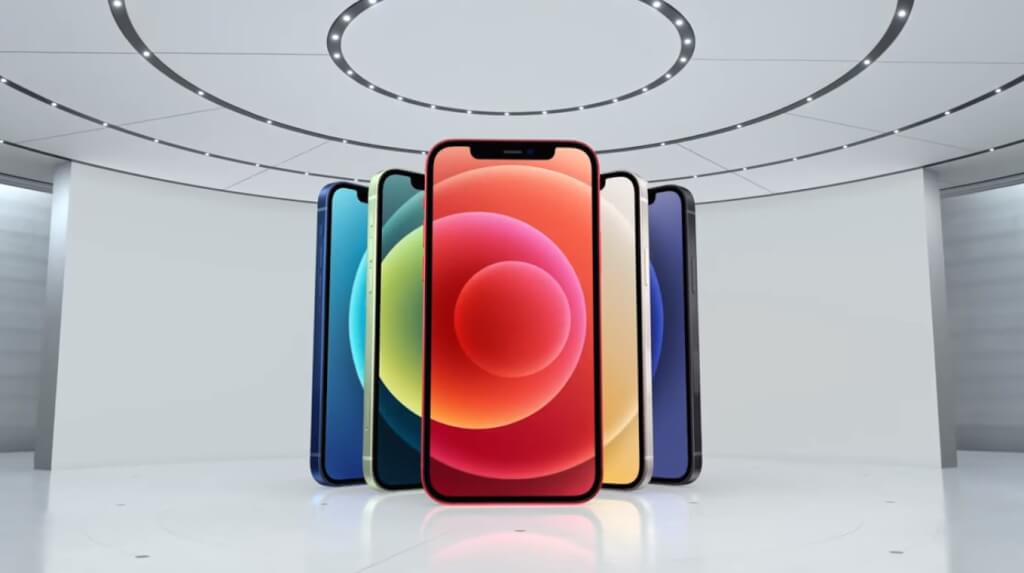 The base model has a flat aluminum body and a 6,1-inch Super Retina XDR display with a resolution of 2532 × 1170 pixels, made using OLED technology.

The smartphone has become 11% thinner and 15% smaller than its predecessor. The display is now much more durable than the iPhone 11 as it is protected by Ceramic Shield - a shock-resistant coating pioneered by the manufacturer.

At the very beginning of the announcement, Apple put a special emphasis on support for 5G networks, which marked the "beginning of a new era for the iPhone." According to Tim Cook, users will no longer have to connect to questionable Wi-Fi networks.

The processor is a 5nm Apple A14 Bionic. This chip was first used in the new iPad Air, which was introduced in September. The chip is complemented by a new quad-core graphics accelerator and 16-core Neural Engine for AI-based operations.

The rear camera of the iPhone 12 is dual (main and ultra-wide-angle modules). She received a new 7-element optics, which improved the quality of shooting in low light by 27%. The ultra-wide-angle camera has received support for night mode. Also there was a night time-lapse.

An interesting feature of the iPhone 12 is the reborn MagSafe technology. It consists of magnets in the case, which allow faster fixing of wireless charging. With their help, you can attach other various cases or card pockets.

By the way, there will be no power adapter in the kit - only a USB Type-C to Lightning cable. 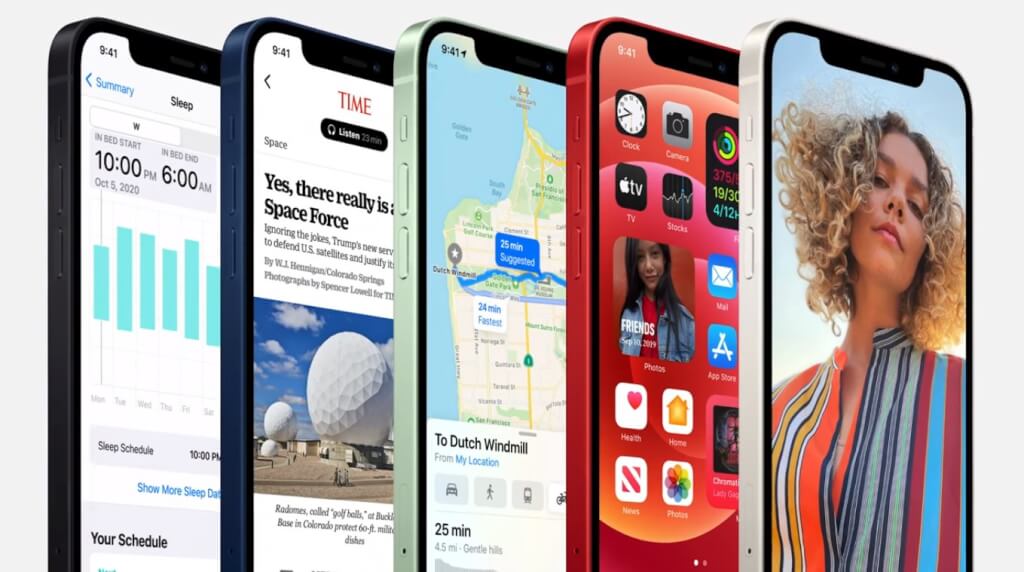 Following Apple introduced the iPhone 12 mini, which received a 5,4-inch screen with a resolution of 2340 × 1080. Due to the minimal dimensions, it turned out to be noticeably more compact than the iPhone 8 and other models with a classic design.

For the rest of the characteristics, the iPhone 12 mini completely copies the base iPhone 12 - we can say that this is one smartphone in two sizes. Both models will be available in five colors: black, white, red, blue and green.

On the subject: For the first time without a new iPhone: Apple presented new products in 2020

After the basic models, it was the turn of the flagships - the iPhone 12 Pro and Pro Max. The first received a 6,1-inch screen, and the second became the largest smartphone of the company - it received a 6,7-inch display (versus 6,5 ″ for the iPhone 11 Pro Max).

Both models received the same flat-edged cases, but the chassis is now made of durable surgical steel (instead of aluminum for the base and mini-versions).

The ultra-wide-angle module has also been updated. He got a larger sensor, which provides much higher quality photos in low light (compared to the iPhone 11).

The manufacturer also introduced a new feature called ProRAW. It should significantly expand the possibilities of post-processing frames. True, it will not appear immediately, but with one of the system updates.

As for LiDAR, it was again advertised using augmented reality. Apple showed how the sensor determines the distance to objects in the frame and also allows the camera to focus quality in low light.

IPhone 12 prices in the US: