Home In the U.S. American diplomats in Beijing ask the State Department to allow them to return home: what does not suit them in China

The U.S. Legation in China has formally requested the State Department to issue an exit permit for U.S. diplomats, allowing them and their families to leave the country amid increasingly stringent measures to contain the spread of Covid-19, reports CNN. 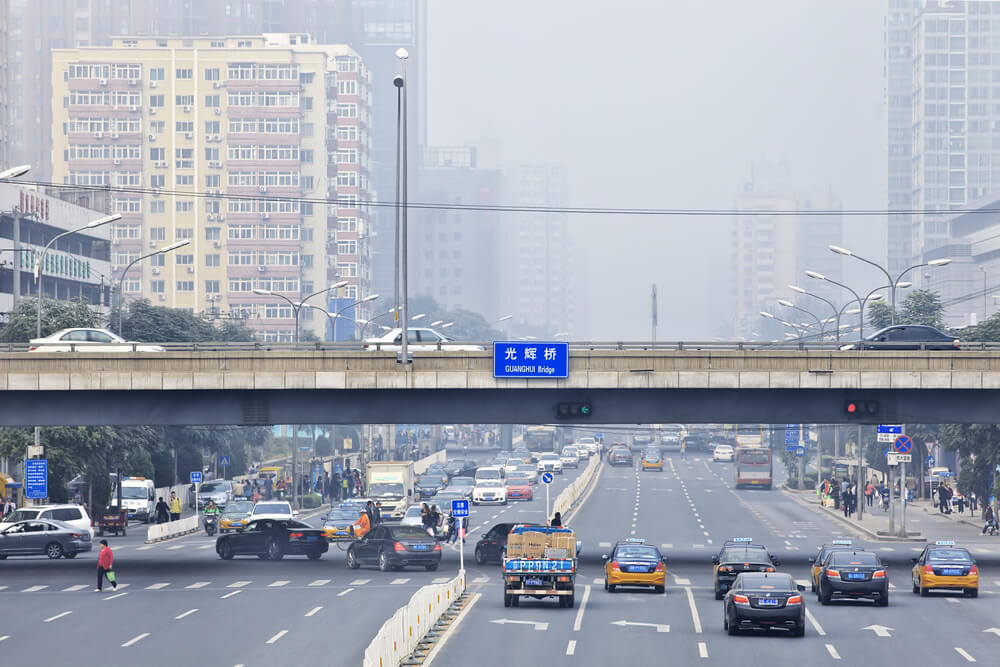 The request has not yet been approved by the State Department, sources said on condition of anonymity.

"Permitted Departure" gives employees and families at the U.S. embassy and consulates the option to leave China for a period of time until they feel safe to return, but is not a mandatory evacuation under "ordered departure."

China is one of the few places in the world still adhering to a zero-spread Covid strategy that aims to eradicate all cases of the disease within its borders.

On the subject: The State Department urged Americans and diplomats to leave Ukraine, and US citizens are advised not to go to Russia

Since the introduction of the omicron, authorities have dealt with several outbreaks across the country, prompting local authorities to implement mass testing, strict restrictions, contact tracing and new restrictions on movement. In some cities, people found themselves suddenly locked down, forced to spend their days in office buildings and malls until everyone inside the buildings tested negative.

A U.S. diplomatic source familiar with the discussions said the request came after several diplomats and their families raised concerns about China's tightening of COVID-19 measures in recent months, including sudden lockdowns and quarantines that could potentially can separate minor children from their parents.

Currently, the US diplomatic mission in China has an agreement with the Chinese Foreign Ministry, allowing parents to stay with minor children in case of quarantine.

However, there are growing concerns that China's national health agency may cancel the deal.

A video of a 4-year-old child infected with Covid-19, separated from his parents and quarantined alone in the city of Putian, went viral last September, highlighting the human cost of China's strict measures to combat the pandemic.

Although there have been no cases of diplomats being separated from their children, a diplomatic source said US officials in China fear that the situation could change amid the spread of a highly contagious omicron variant, which could put a strain on the country's health care system and hospitals.

“People are not afraid to get sick,” a diplomatic source said. “What scared people is that omicron is more contagious, and if it spreads the way we have seen in other countries, it could lead to even more stringent and unpredictable measures here.”

“We don’t question China’s safety in containing Covid, but we want to prevent people from getting into the system if it gets out of control,” he added.

On January 26, the Chinese government expressed "serious concern and dissatisfaction" with the US embassy's request and questioned the logic of the decision.

“They are effective and protect foreign citizens in China,” he added.

“Now China is undoubtedly the safest country in the world. Evacuating from the safest place will only greatly increase the risk of infection for these American personnel,” the Foreign Ministry spokesman said.

The move comes less than two weeks before Beijing is due to host the Winter Olympics, with thousands of athletes and support staff trapped in a "bubble" designed to separate them from the rest of the capital.

The US and several other countries have announced a diplomatic boycott of the Olympics, meaning they will not send government officials to protest alleged human rights abuses in China's western region of Xinjiang.

As of January 26, 10 cities in China have reported local cases of omicron contamination, including Shanghai and Beijing.

Since the beginning of the month, 42 people caught in the Beijing Olympic bubble, which officials are calling a "closed loop," have tested positive, including four employees associated with the Games who were already inside the loop, officials said Jan. 26.

It is not clear if they were recent arrivals or if there was any local transmission within the closed loop.

A State Department spokesman said the operational status of the US mission in China has not changed.

“Any change in operational status of this nature will depend solely on the health, safety and security of our colleagues and their families,” the spokesperson added.

If approved, the US embassy in China expects 10% to 15% (roughly 1000 employees) to leave the country, according to an internal poll by the embassy in Beijing, a diplomatic source said. This estimate does not include family members. Employees and families will be allowed to fly commercial airlines.

Chinese state media, meanwhile, are outraged by the news of the "authorized departure" request, accusing the US embassy of "malicious intentions" and linking it to what it calls "a series of provocations undertaken by the US recently to destroy the Beijing Winter Olympic Complex." ".

“Dirty trick again!” shouted a headline in the Global Times, the state-run nationalist tabloid, on January 26.

“His goal is not to fear the coronavirus, but to sow public panic, denigrate China’s achievements in the fight against the pandemic, and prevent the Beijing Winter Olympics,” the report said.

“When you are preparing for a happy event, the US deliberately creates chaos,” said a Chinese analyst.

The last time US diplomats left China due to Covid was during the initial outbreak in Wuhan, when the State Department issued a "departure order" to the diplomats and their families.

On January 25, the new US Ambassador to China, Nicholas Burns, was sworn in. He is expected to take up the post in the coming months, but his arrival may be delayed due to the recent Covid outbreak, a diplomatic source said.