Home Page At home 'American tragedy': how the Russian media distort information about the fight against coronavirus in the United States

Pro-Kremlin propaganda uses the fight against the pandemic to advance the thesis of the weakness of the West. Writes about this "Voice of America". 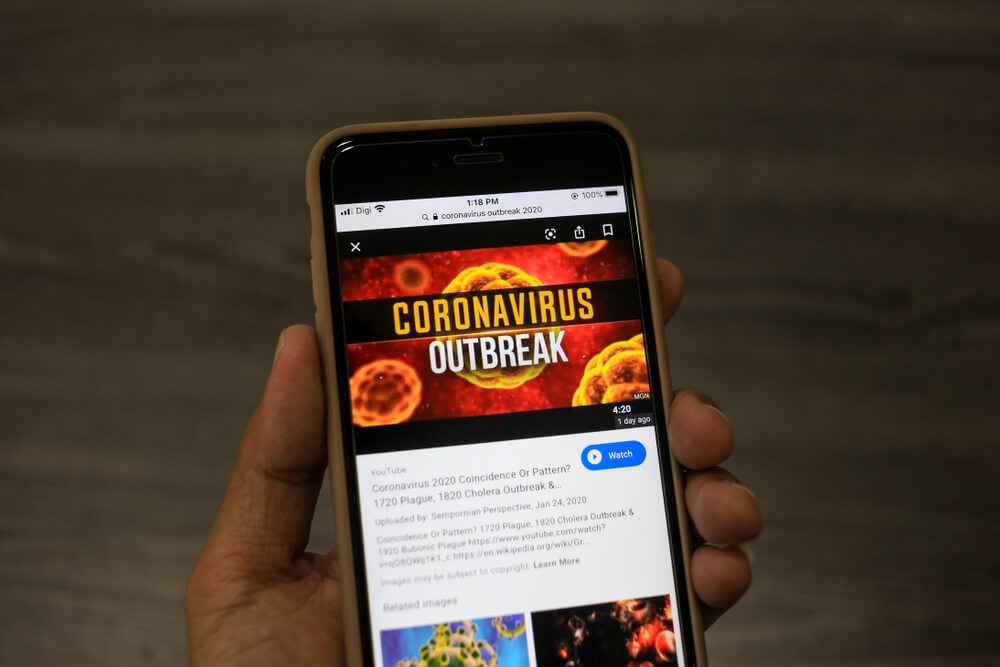 Coverage of the COVID-19 pandemic in most Russian media indicates that total censorship penetrated even humanitarian issues. The death of Americans from COVID-19 has become a trump card in the hands of propagandists: materials from pro-Kremlin media from the front of the pandemic struggle are more like front-line reports where the main enemy was not a virus, but Western democracy.

An analysis of several hours of broadcasting of Russian federal channels on the fight against COVID-19 showed that a rare news broadcast does without negative news about the situation in the United States. The same narrative is traced in the coverage of events - the States are in a total crisis and cannot cope with the pandemic.

The conviction of the audience begins with headings repeating from issue to issue: “The US is in distress,” “American tragedy,” “Coronavirus has taken over all states,” “USA is asking for help.”

“Trump's plan has failed <...>, American doctors are not protected from the virus <...>, there are neither funds nor equipment to fight the epidemic in the States. The White House unofficially asks other countries for at least antiseptics and gloves, ”- this is just one direct quote from TV presenter Olga Skabeeva on the air of the state channel“ Russia-1 ”.

According to Channel One news, "Americans are being treated with medications for fish and dogs." Indeed, it is impossible to buy antibiotics in the United States without a prescription, and people, judging by the report, don’t have the money. Abstract arguments about the poverty of Americans are supplemented by specific figures: for example, a coronavirus test supposedly costs exactly two thousand dollars.

Note that there is simply no single cost for testing in the United States - the cost varies depending on the type of medical facility, state and type of health insurance. Many of those who took the tests paid nothing out of pocket.

In addition, almost every news story about the USA is supplemented by the phrase that in the USA 27 million people (8% of the population) do not have health insurance. The information, apparently, was taken from the official census data for 2018. The other side of the same statistics, according to which the vast majority (92%) of US residents are holders of health insurance, is always silent by Russian state propaganda.

From one issue to another, one and the same photograph of nurses from a New York clinic who made protective equipment from garbage bags on one of the first days of the height of the pandemic in New York wanders. Taken out of the context of an informational occasion, an outdated and edited photo is intended to illustrate the "distressed" situation of medical staff in US hospitals, where the fight against coronavirus, according to television presenters, is based on the principle of "trick or treat."

On the subject: Penetrates directly into the brain: coronavirus can affect the nervous system and provoke a number of complications

There are other overt manipulations - for example, Channel One correspondent Georgy Olisashvili in his stories claims that "hospitals in major US states are crowded." Any statistics on the shortage of places in the wards anywhere, except for resuscitation departments in New York, which, incidentally, have not been around for a long time either, are naturally not given in the plot.

For each story about the United States, a special musical range is selected - such soundtracks are usually used not in news stories, but in Hollywood disaster films. To create a sense of horror in the viewer, words with pronounced negative coloring — corpses, morgues, anatomical tables — are constantly repeated in the plots.

Against this background, the actions of the Russian authorities, where medicine faces similar difficulties with the influx of patients with COVID-19, are described by propagandists almost with an enthusiastic aspiration. Say, the country not only completely copes with the pandemic, but also helps other countries.

“This is the personal interest of Russian President Vladimir Putin: he shows the whole world that Russia is ready to help at the time of trouble. And in fact, this happens at the expense of the Russians, who do not have the necessary medical supplies, who are sent to the United States or other countries at the same time, ”says Ilya Ponomarev. “I only welcome any humanitarian missions, but, of course, I understand how this is being played out using resources like Russia Today.”

The ex-deputy admitted that, frightening the Russians with the situation with the coronavirus in the USA, the security forces launched a new attack on rights and freedoms in Russia.

“The security forces, headed by Putin, of course, took advantage of what is happening now in order to at least try different ways of additional control over society,” says Ponomarev. - All these codes appeared, a technology was introduced that allows you to track with your mobile phone where you are, with whom you are currently communicating. "This technology can be used at any time to control those who come to protest rallies."

Against the backdrop of the fight against the crisis, a change of leadership was also carried out in Russia in one of the last influential business newspapers - Vedomosti, after which employees reported an attempt to introduce censorship in the publication.

“This process is in Russia - it never stopped. The process of additional pressure on free media is going on all the time, ”says Ponomarev. - What is happening in Vedomosti, from my point of view, is connected with the situation in the oil market. The country remained the last fully independent business publication, which truthfully and clearly wrote that Rosneft was responsible for the economic crisis associated with the collapse in oil prices. And it seems to me that just the business group that is associated with Sechin, she tried to use this moment so that while everyone is sitting at home and can not protest, make an attack specifically on Vedomosti.

Former State Duma deputy Dmitry Gudkov is convinced that the coronavirus and the economic crisis took the Russian authorities by surprise, and pressure on the media and repression is increasing.

“The authorities use any pretext to push their repression further. They want to accustom people to the fact that for any tweets and for any published allegedly incorrect information, they can begin to fine or imprison. While people are worried and carried away by the coronavirus, the State Duma adopted a bunch of all sorts of bad laws, ”says Gudkov.

However, despite all the tricks and propaganda, people are starting to become more skeptical of Vladimir Putin, even those who were previously relatively neutral.

“I think the ratings of confidence in Putin will go down. Of course, the authorities will try, let's say, to “enrich” the rating with the help of repressive instruments. Where this will lead is difficult to say. But I hope that sooner or later it will lead to a change of power, ”Gudkov said.

Penetrates directly into the brain: coronavirus can affect the nervous system and provoke a number of complications

Possible treatment with COVID-19: 6 monkeys did not get coronavirus after administration of experimental vaccine