Home Page Immigration in the USA The American Dream or Bankruptcy: Difficulties of U.S. Immigrant Entrepreneurs

People from all over the world have been looking for the American Dream for hundreds of years. Whether they are seeking refuge from poverty or violence, leaving war-torn countries, or looking to start a new business, the United States has long been viewed as an outstanding place to do so - a land of opportunity where the pursuit of happiness is considered a “birthright” and almost anything is possible. 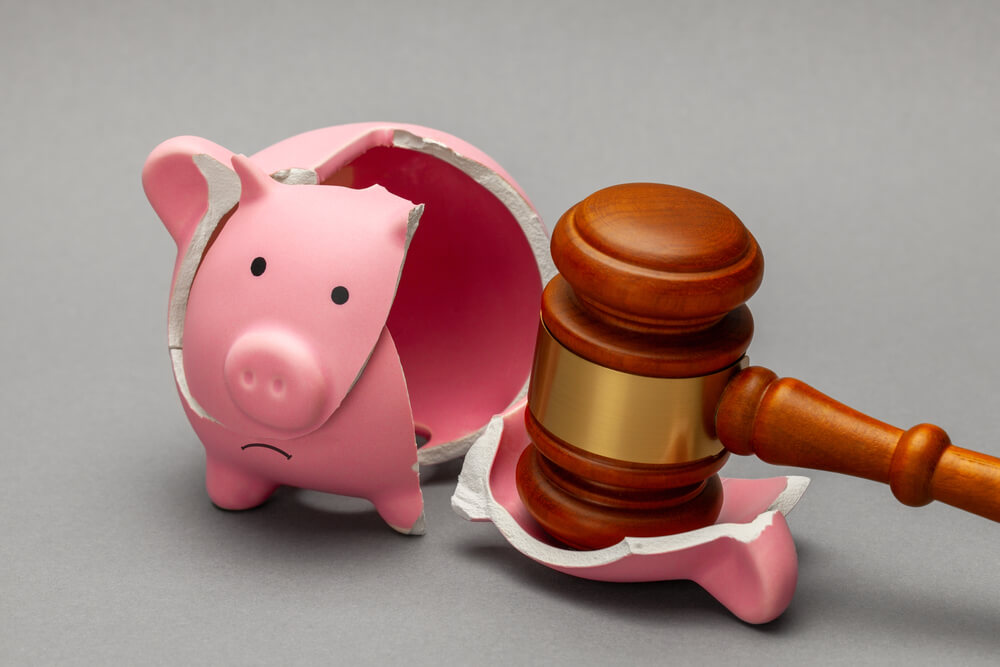 Thomas Jefferson, as you know, wrote in the Declaration of Independence: “We consider these truths self-evident: all people are created equal; all of them are endowed by the Creator with certain inalienable rights; among them life, freedom, and the pursuit of happiness, ”cited Law.com.

According to the immigrationimpact.com project, about a quarter of all businesses in the United States are created by immigrants.

“Overall, almost one in five businesses in the country are owned by immigrants, although this share rises to about one third in California and the District of Columbia, and over a quarter in New York, New Jersey and Florida,” the project's website says. "Perhaps the most famous conglomerate of immigrant entrepreneurs in the country is California's Silicon Valley, where more than half of all company founders are immigrants."

Forbes reports that there are 45 billionaires of foreign origin living in the United States who have taken the American dream to a whole new level, including Sergey Brin from Google (Russia), business tycoon George Soros (Hungary) and Elon Musk from SpaceX and Tesla (South Africa). However, regardless of the size of the business, the United States provides many examples of success as well as, unfortunately, failures.

On the subject: The road to success: what entrepreneurs can learn from immigrants

There are a number of opportunities for immigrant entrepreneurs, including, among other things, incentives from the Department of Homeland Security (DHS), the US Citizenship and Immigration Services (USCIS), and the United States Small Business Administration (SBA). For example, according to the Fifth Program Employment Immigrant Investor Classification (EB-5 Program), non-resident foreign citizens are eligible to apply for legal permanent residence in the United States if they make the necessary investment in a business in the United States. The program requires that they create or, under certain circumstances, retain 10 full-time jobs for skilled US workers.

The aim of the program, which was established by Congress in 1992, was to stimulate the economic development of American communities through the investment of foreign entrepreneurs. Under this program, about 10 000 EB-5 visas per year are allocated for eligible investors. Although DHS recently announced radical changes to the EB-5 visa rules, which could affect the ability of individuals to invest in the United States, the investor visa program continues to be a means by which foreigners can work towards their American dream. The new EB-5 visa regulations will enter into force on November 21, November 2019. These include an increase in the minimum investment required to obtain an EB-5 investor visa from 500 000 to 900 000 US dollars, as well as other changes that may complicate the achievement of the American dream.

On the subject: Immigrants in the USA and their own business: fears and how to overcome them

Immigrant entrepreneurs can also use other visas, such as E2 and E1, which allow them to enter and work in the United States on an investment basis, and H-1B visas for their employees. H-1B visas are temporary nonimmigrant visas that allow companies in the United States to hire workers in specialties that require specialized knowledge in areas such as computer technology, mathematics, finance, accounting, architecture, engineering, science, or medicine, which also opens opportunities for non-citizens.

When a dream ends in bankruptcy

According to immigrationimpact.com, companies based on immigrants have actually higher survival rates than comparable entrepreneurs born in the country. However, the American dreams of some immigrant entrepreneurs will inevitably end in bankruptcy. For example, in July of 2019, according to American Bankrupt, nationwide filings for commercial bankruptcy increased by 4% over the previous year.

“Migrant entrepreneurs face disadvantages compared to their US-born counterparts. In addition to language and network barriers, immigrants find it difficult to get credit at a reasonable cost, tend to over-concentrate in retail and other low-growth industries, and mostly run small businesses, according to a report titled Immigrant Entrepreneurs In Bankruptcy. Raphael Efrat.

Filing for bankruptcy does not imply a claim for citizenship, but the US Bankruptcy Code requires that anyone who seeks this kind of protection should live or have a “place of residence, place of employment, or property in the United States or municipality ...”

The Bankruptcy Code contains provisions that allow companies owned by non-resident citizens to seek protection in accordance with Chapter 11. In order to be eligible to file for bankruptcy, the company must be registered in the United States or have assets or actual transactions in the United States and a Federal Tax Identification Number (ITIN).

On the subject: Nearly half of 500's most profitable US companies were founded by immigrants and their children.

Filing a bankruptcy application usually does not affect the application for citizenship. However, if there are any criminal charges, such as having credit cards in the names of other people, a false transfer of assets, cases of tax evasion or falsification of financial statements, the immigration status of the entrepreneur may suffer.

Other problems that non-residents may face when filing for bankruptcy is the risk of being considered “a burden to society”. Such a clause has been one of the aspects of US immigration law for over 100 years and has been used as a basis for the inadmissibility of an applicant for living and working in the United States. But recent changes in US immigration policy have expanded the circumstances in which people can be denied citizenship and green cards.

“In line with the new standards, replacing the guidelines in force since 1999, immigration officers will consider factors such as age, health, marital status, education, skills, assets, resources, the role of the caregiver, and whether person or has used one or more types of public goods in the last three years, ”the Institute for Migration Policy reports.

The new rules come into force in October 2019.

This change may affect the decisions of immigrants regarding the use of any public goods because of the fear of being recognized as a burden on society. As for the loan, filing for bankruptcy negatively affects the credit rating of the applicant and makes it difficult to restore an existing loan or obtain a new one.

Other issues that may affect non-resident entrepreneurs include logistical issues such as lack of sufficient financial documents or documents from the home country that may be submitted in a language other than English. The same documents that US citizens must provide also apply to immigrants and legal permanent residents - paychecks, documents proving arrears, vehicle ownership, insurance, bank information, or any wage payments. The lack of these documents can create problems for immigrant entrepreneurs.

Immigrant entrepreneurs considering bankruptcy should seek advice from a lawyer who understands immigration and bankruptcy, and remember that America is a country of second chances. Despite bankruptcy, immigrants have an equal right to a fresh start, an opportunity to start over, learn from past failures, and focus on charting a successful path forward while supporting the American Dream.

NYT: Trump proposed shooting at the feet of illegal immigrants and digging a moat with alligators at the border

business immigration to the USA