Home Page In the U.S. American impeachment story: how it was and how it ended for US presidents

Over the centuries-old history of the country, not a single US president has been removed from office by impeachment. Although the real threat of impeachment still forced one president to voluntarily resign. And this case concerned the confrontation between electoral candidates in the USA. Another president, whom they tried to impeach, bought Alaska from Russia. 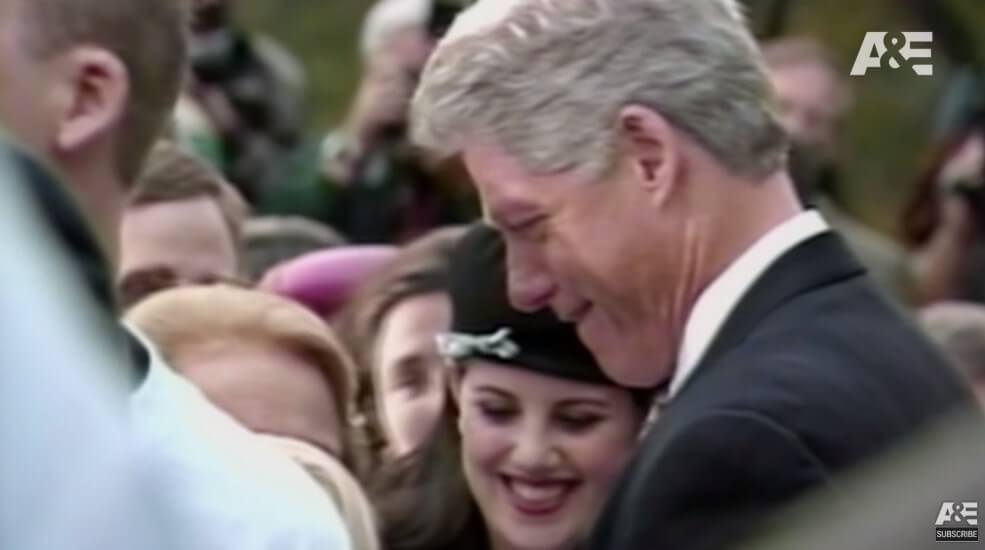 Now, because of the scandal surrounding the conversation between Donald Trump and Ukrainian President Vladimir Zelensky, the United States has again started talking about a possible impeachment. House Speaker Nancy Pelosi has announced the start of a formal procedure. She ordered six committees of the House of Representatives (lower house of Congress) to conduct their own investigations and determine whether there are grounds for impeachment, writes Air force.

Democrats who control the lower house of Congress accuse Republican Trump of malpractice. This is a telephone conversation between Trump and Zelensky, during which the US president could put pressure on his colleague. He allegedly asked him to investigate the activities of former US Vice President Joe Biden and his son Hunter.

Joe Biden is one of the leaders of the Democratic Party and is considered to be Trump's most likely rival in the upcoming presidential election.

Trump critics are convinced that he asked Zelensky to initiate an investigation in order to spoil his opponent’s rating.

How does impeachment take place in the USA, and who in the history of this country have they tried to subject him to? 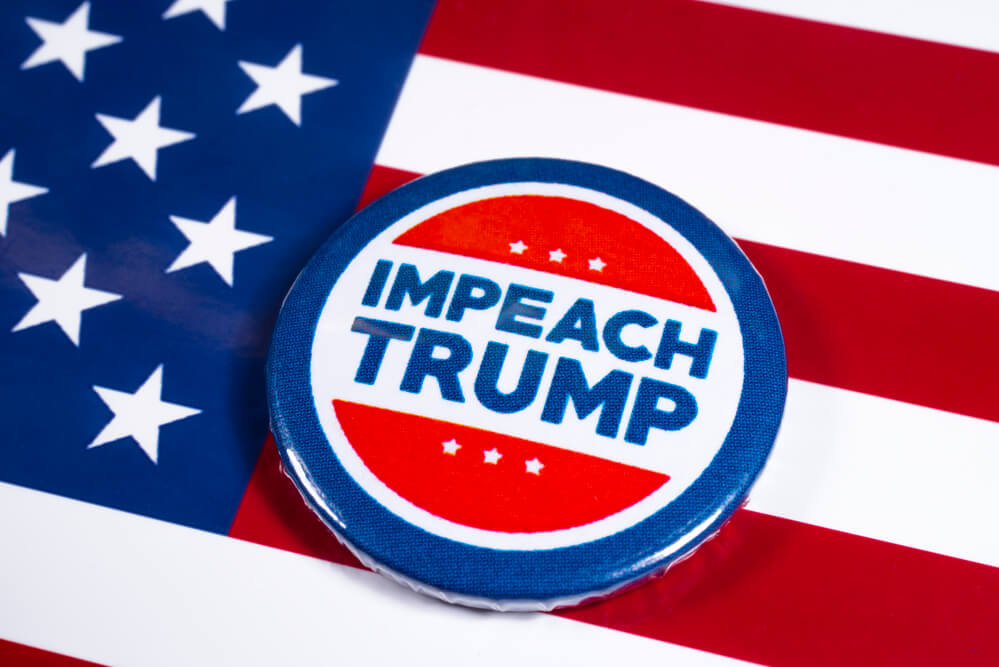 Impeachment in the United States requires a simple majority of the House of Representatives (now controlled by Democrats) to vote, and then two-thirds of the Senate.

Now the majority in the Senate belongs to the Republicans, which makes impeachment unlikely.

For comparison: in order to impeach the president of Ukraine, votes of at least 3 / 4 of deputies of the Verkhovna Rada are required.

Impeachment calls for congressional charges, which could be the basis for a trial.

The US Constitution says that the president "must be removed from office by impeachment for high treason, bribery, or other serious crimes and misdemeanors."

On the subject: Impeachment to Trump: how the process works and whether democrats will remove it from power

As Alexander Hamilton, one of the founding fathers of the United States, clarified in 1788, the reason for impeachment could be “the use or abuse of public trust” if it was done for political purposes.

A simple majority is required to support the matter and refer it to the Senate.

After that, the Senate will consider all the charges in a hearing format, which is very similar to the court hearing. They will be chaired by the head of the US Supreme Court.

A group of members of the House of Representatives will represent the prosecution at the hearing, and his personal lawyers will defend the president. Senators serve as a jury.

If two-thirds of senators recognize the president’s guilt, then impeachment is considered to have taken place. The president leaves office, and the vice president takes his place.

How many lawmakers support impeachment trump

27 September took place first vote impeachment trump. The US House of Representatives rejected the resolution against the start of the procedure: during the vote, 184 Republicans supported and 222 Democrats opposed.

The US Constitution does not oblige the Senate to hold a “hearing,” allowing the leader of the party majority in the Upper House (now Republican control) to simply refuse to hold such hearings.

He also has the right to vote, during which a Congress resolution on impeachment may be rejected without considering evidence gathered by lawmakers.

On the subject: 'Watch and wait': Trump's lawyer claims evidence against Ukraine

Despite the fact that the real threat of impeachment in US history arose quite often, before Trump, this procedure was seriously started only in relation to several presidents.

The last time the charges were 42-th US President Bill Clinton. This is the case of Monica Lewinsky.

In the case of Bill Clinton, the reason for starting the impeachment procedure was not his relationship with Monica Lewinsky, but the fact that the US president lied about these relations under oath. 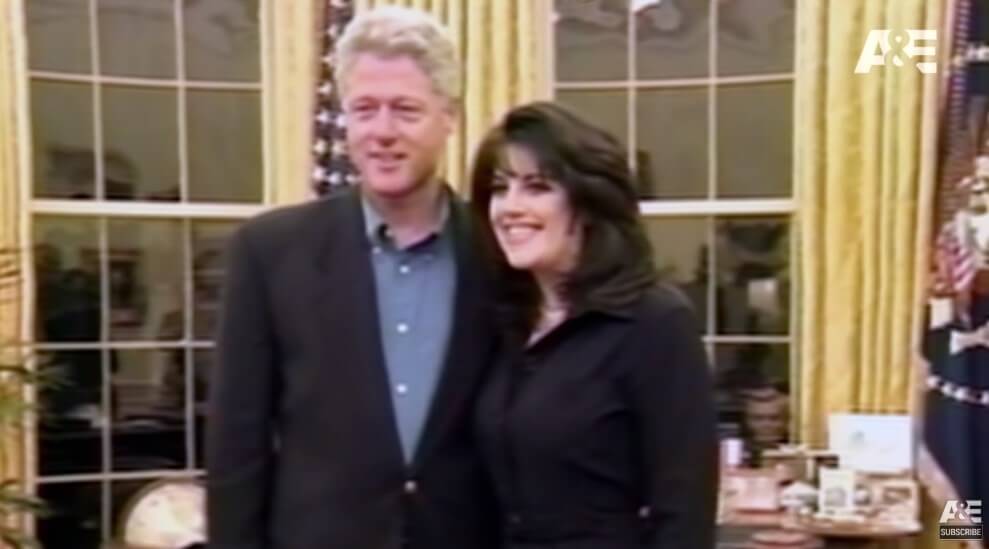 The House of Representatives then voted a majority in favor of the impeachment of President Clinton on the first charge, which concerned false testimony in a jury trial, and on the second, obstruction of justice.

It should be noted that at that time, in December 1998, the rating of Bill Clinton as president was at the level of 72%.

When the case passed to the Senate in 1999, the impeachment proposal did not gain two-thirds of the vote.

The first leader to be impeached was the 17 President of the United States, Andrew Johnson, who has been in office since 1865.

In 1864, Democrat Johnson was elected Vice President of Abraham Lincoln.

After the assassination of Lincoln in the spring of 1865, he became president.

His policy was significantly different from the line pursued by his predecessor, in particular, he vetoed the law almost unanimously adopted by Congress on the return of black states to the Union of Southern States and civil equality. 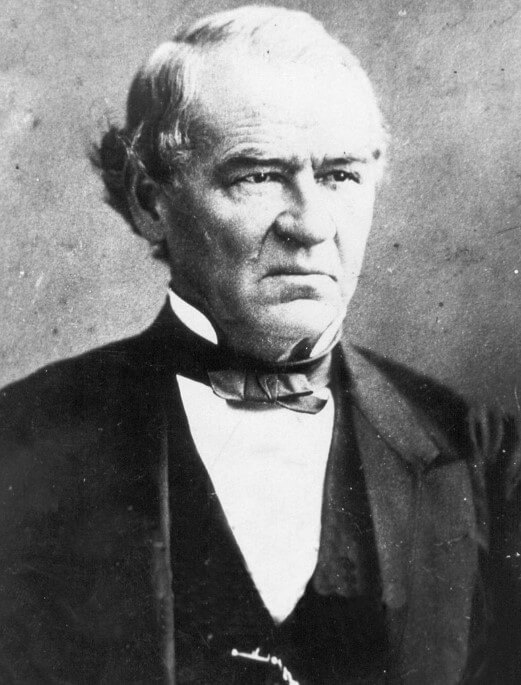 The president had a long conflict with Congress, including due to an attempt to fire the Minister of War. Andrew Johnson fired Minister Edwin Stanton several times, but the Senate each time found the grounds for dismissal insufficient and reinstated him.

The impeachment for Andrew Johnson was a very real prospect, but only the senator's vote was enough to remove 2 / 3 from the Senate.

In addition to the impeachment procedure, Andrew Johnson was also remembered for having bought Alaska from Russia.

What's up with Richard Nixon?

Another US president who was really threatened with impeachment was Richard Nixon.

In the 1972 year, Richard Nixon was elected US President for the second time, however, the entire second term of his presidency passed against the backdrop of the Watergate scandal. Nixon’s team was accused of listening to Democratic rival headquarters.

The scandal was gaining momentum, and the House of Representatives even began preparing charges for impeachment. The Justice Committee prepared a resolution to convict Nixon of abuse of power. 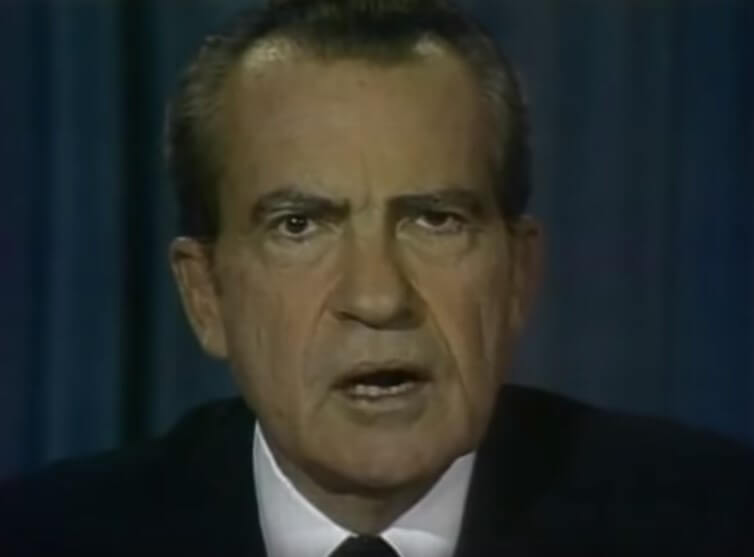 In August 1974, records of President Nixon's conversations regarding the scandal and intentions to thwart the investigation with the help of the FBI and the CIA were made public.

On the evening of 7 August, House and Senate leaders met with Nixon and informed him that he had lost Congressional support. Then the majority in both houses belonged to the Republicans, whom the president also represented.

However, Nixon did what every reasonable person who understands that the situation turned against him does this: on August 8, he voluntarily resigned.

In the House of Representatives, impeachment of Trump is supported by the majority of deputies