Home Page In the U.S. US taxpayers give $ 17 billion a year to medical care for illegal immigrants

In total, Americans pay $ 17 billion a year for illegal immigrants. In 2019, federal taxpayers provided subsidized assistance in the amount of $ 10 billion. The total amount is $ 1 per illegal immigrant, which means that every resident of the United States pays $ 615. Writes about this Forbes. 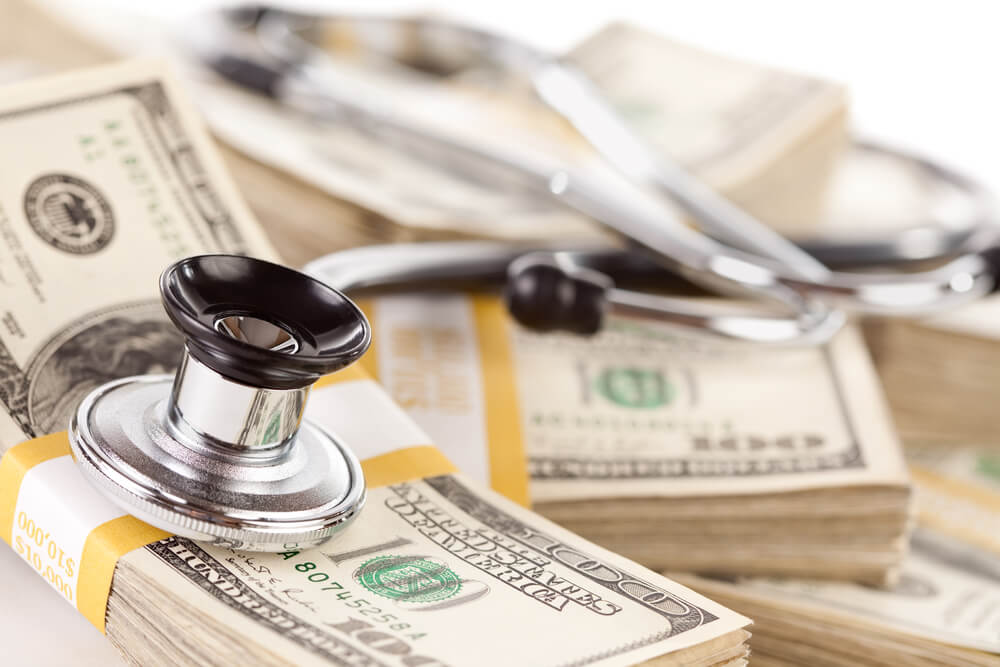 However, it is estimated that 4,1 million illegal immigrants in the country are likely to receive about $ 4,1 billion for medical services paid from federal taxes, $ 2,4 billion for medical services funded by state and local taxpayers, and another $ 2,6 billion, which was financed by the "redistribution of expenses", that is, higher payments of insured patients and approximately $ 1,3 billion from charitable assistance.

When is it strictly forbidden to use federal money to finance the medical care of illegal immigrants?

Medicaid. Under the Medicaid and CHIP (Children's Health Insurance Program) programs, no federal funding can be used to cover the health care of illegal immigrants, except for limited emergency services. In particular, “Medicaid payments for emergency services may be made on behalf of individuals who are eligible for Medicaid but do not have immigration status. These payments cover emergency care costs for legally present immigrants who are still not eligible for Medicaid, as well as for illegal immigrants. ”

For example, California's Health for All Children Act provides immigrant children with access to insurance through Medi-Cal, the state-owned Medicaid program. Thanks to its adoption in 2015, California became the largest state to use funding to cover medical services for all children, regardless of their immigration status.

On the subject: How ICE uses social media to track down and arrest illegal immigrants

ACA Under the ACA, immigrants must have the legal right to stay in the United States to purchase insurance under a qualified health insurance plan or be eligible for an advance payment for a premium tax credit or cost reduction.

Under legislation signed by Governor Jerry Brown in June 2016, California would be the first state to allow illegal immigrants to purchase health insurance plans through their insurance exchange without fear that their information would be shared with other government agencies.

This law provides for a change in the original terms of the ACA, which prohibits illegal immigrants from participating in regular programs.

A clear statement of the limitations set forth in Medicaid and Obamacare can be circumvented in several workarounds that allow indirect budget financing of health care for illegal immigrants.

Medicaid DSH Payments. The DSH program simply provides a general subsidy against cumulative uncompensated patient care losses from uninsured patients. Nothing requires hospitals to waive their costs of free services for illegal immigrants, therefore, Medicaid federal funds end up indirectly subsidizing their services, even if it would be clearly illegal to pay for their services, making them direct recipients of Medicaid.

Medicare DSH Payments. Similarly, although the formula is much more complicated, Medicare also pays hospitals a DSH payment, which in fact serves as a general subsidy to offset the total uncompensated care losses, without distinguishing between uncompensated expenses incurred by illegal immigrants and those generated by US citizens or legal immigrants.

Community Health Centers. Federal qualified medical centers provide primary medical services, dentists, psychiatrists and pharmacies. They serve everyone without worrying about immigration status or the ability to pay for care.

Tax exemption. Nonprofit hospitals (and other medical facilities) receive tens of billions of dollars annually in federal tax benefits, including charitable contributions and the cost of tax-free bond financing. Illegal immigrants benefit from this federal generosity.

Employer tax. Employer tax provides an indirect federal tax subsidy to anyone with employer-sponsored health insurance. Non-citizen immigrants are less likely to have this coverage than indigenous people, but the difference is less than 10 percentage points.

Currently, 14,9% of uninsured adults (4,1 million) are illegal immigrants who are not eligible for Medicaid and ACA in accordance with federal law. About 70% of the costs of caring for illegal immigrants in the United States are not compensated, which means that in the end it is somehow paid by society.

On the subject: How illegals manage to work and study in the USA: answers to the main questions

In the period from 2013 to 2018, the average daily level of uninsured fell by 35% (according to the National Health Survey, the level fell from 14,4 to 9,4%). It can be assumed that the level of uncompensated assistance will decline in direct proportion. However, according to the American Hospital Association, the volume of free medical care in hospitals decreased by only 18% between 2013 and 2017, although the average percentage of uninsured for the same period decreased by 37%.

Hospital Charity / Bad Debt. There is a clearer distinction between genuine charity and bad debts than in the past when very different methods were used in hospitals to distinguish between situations where the patient did not have to pay (charitable help) and was not able to pay (bad debt). 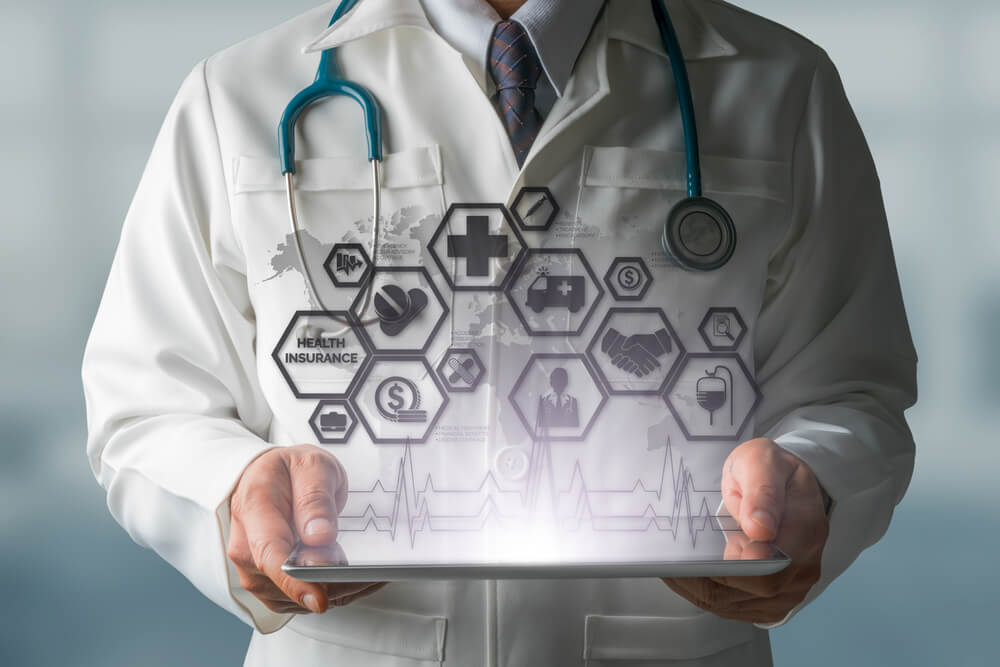 There is only limited evidence that hospitals are involved in the so-called “dynamic cost-sharing”. That is, if the burden of unpaid hospital care increases by $ 1 million, it can be expected that only part, and not all, of this amount will be reimbursed by increasing hospital expenses for private insured patients to compensate for the difference.

On the subject: Process A to Z: what happens when an illegal immigrant is detained

However, hospitals can and do exercise market power, which means that they can charge higher rates for private patients than for patients with Medicare or Medicaid. This practice leads to profit from private patients, which are then used by the hospital in various ways, including the provision of charity care.

The fact is that if the federal government had canceled all the payments it now makes for uncompensated care (including through illegal immigrants), hospitals would hypothetically not increase the cost of services in order to reimburse part of their increased costs for unpaid care, and instead, they made adjustments and would either spend less on other things or take steps to discourage illegal immigrants from appearing at their door.

Charitable help. $ 1,3 billion for charity care for doctors averages $ 1 for each of the country's 414 active doctors. According to the Medscape Medical Compensation Report for 893, the average doctor earns $ 000 a year. Even if you take a 2017-hour work week, it's about $ 294 per hour, which means that the average doctor devotes 000 hours a year to charity for illegal immigrants.

Other federal subsidies for illegal immigrants

The current tax policy provides for an additional $ 6,4 billion in the form of additional benefits funded by US taxpayers. Tax exemption for nonprofit hospitals (and any other nonprofit medical facilities) benefits illegal immigrants regardless of their insurance status. Employer tax benefits are granted to immigrants who receive health benefits provided by the employer.

Tax exemption. The cost of tax exemption at U.S. nonprofit hospitals in 2019 was approximately $ 28,7 billion, including charitable contributions and the cost of tax-free bond financing. Assuming that 10,5 million illegal immigrants receive a proportionate share of this allowance, they receive approximately $ 0,9 billion in additional federal subsidies for medical care.

And even assuming that such workers receive less expensive insurance coverage from the employer, the single payment in 2019 was $ 6 (compared to $ 189 in other industries).

If we add up all the figures, including $ 10,5 billion for uninsured and another $ 6,5 billion in tax subsidies, we get a total of $ 17,0 billion in subsidized medical care for all illegal immigrants in 2019. These numbers are much easier to understand per capita:

In 2020, illegal immigrants in California will be treated for free

5 Ways to Get US Citizenship Most Immigrants Don't Know About