Home In the U.S. Americans, whom faith forbids to treat children, almost ruined the second daughter

The Christian couple, which allowed their newborn baby to die from jaundice last year, was deprived of parental rights after the birth of the next child. 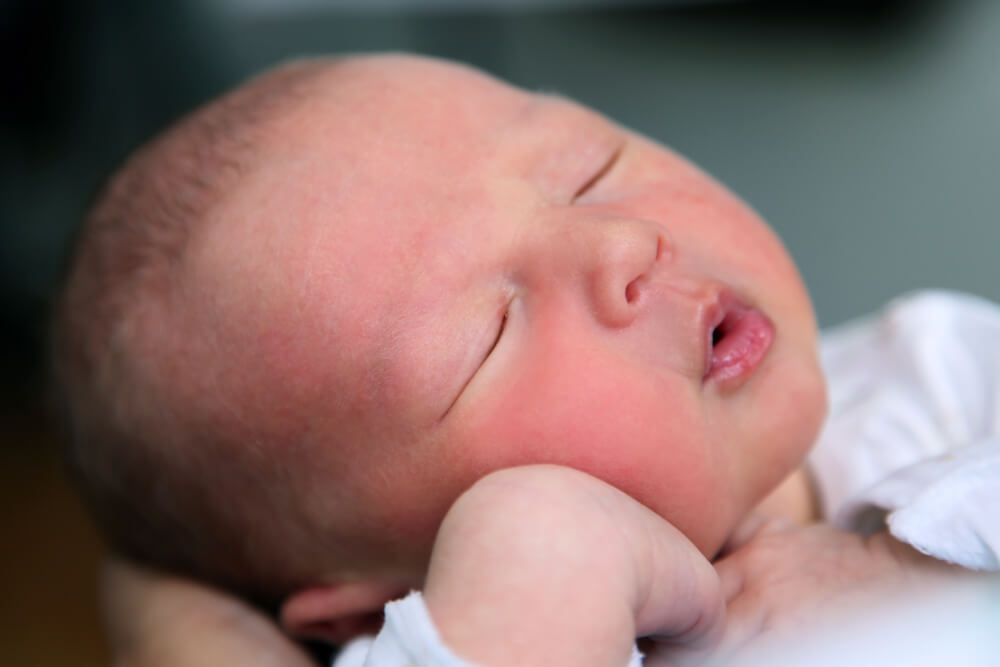 37-year-old Joshua and 31-year-old Rachel Piland in Lansing, Michigan, were charged with inadvertently killed last September after refusing medical care for their daughter Abigail, who died in February 2017.

Rachel Piland gave birth to another girl in early July. The newborn began to show symptoms of childhood jaundice - the same disease from which her sister died.

However, this time the couple refused to take their child to the hospital. Now the state is struggling to deny a couple of parental rights.

According to the Lansing State Journal, Verity was taken to a local hospital where she was given a blood transfusion to save the baby's life.

Officials filed a lawsuit and appealed to the Child Protection Service on the same day Verity was born, in order to remove the child from the family on the basis of "proactive neglect" of the child's safety.

After Verity was taken to the hospital a few hours after her birth, doctors discovered that she was “very yellow” and her bilirubin was high.

Although bilirubin is not a problem for most newborns, high concentrations can cause lifelong neurological problems or even death if not treated.

Doctors also suspected that Verity could have Rh disease, a condition caused by incompatibility in the blood between the mother and her fetus. If the mother is Rh-negative, and her baby is Rh-positive, her body will try to fight the alien red blood cells, producing antibodies. These Rh antibodies can migrate through the placenta and reach the fetus, destroying the blood cells of the newborn and potentially leading to jaundice.

Rh disease can be cured and 95 percent of babies born with severe Rh disease survive. But the blood transfusion did not help Verity, so the newborn had to undergo an exchange transfusion, which meant replacement of her blood.

Aaron Kerr, Rachel's brother, said the baby had been in the hospital for the past two weeks, but the girl is recovering.

The eldest daughter Abigail was born around 9: 50 on the evening of February 6 in the house of Piland. The midwife, who had previously helped with the birth of two children, Rachel Piland, saw no cause for concern and left with her assistant around midnight.

However, she changed her mind the next day when she saw jaundice at Abigail. She advised Rachel Piland to show the child to the pediatrician or to contact the emergency room.

"Rachel refused to treat Abigail, saying that God was not making mistakes," said the detective. “She told the midwife that the baby is fine.”

The next day, the midwife made another appointment, but the mother canceled it.

February 8 Abigail ate poorly and coughed up blood. At some point, Rachel Piland's mother, Rebecca Kerr, told her daughter that Abigail's skin was an unhealthy color.

February 9 mother and grandmother Abigail noticed that the nose of the newborn is bleeding, she refuses to eat and has trouble breathing. The woman did not allow the mother to seek help.

By morning 11, Abigail's mother discovered that the baby is not breathing and lifeless. Rachel Piland took the body to her husband, who tried to reanimate the child, but he did not know how to do it on children, according to court documents.

“Then they raised Abigail upstairs to pray for her,” Jump said. Joshua continued to reanimate the baby. Both Joshua and Rachel called friends and members of a religious organization to come home and pray for the resurrection of their child, but did not call the police. ”

Authorities learned about the death of the child, because Rachel Piland's brother called them from California. Then the police arrived at their home, “went upstairs and found that the child was dead, and three adults were praying for him,” said Skachcha.

Spouses are accused of unintentional homicide, for which they can receive up to 15 years in prison. They were released on bail of $ 75 000.

Their two eldest sons, aged two and three, were placed in the care of Rachel's parents after the couple refused to stop physically disciplining them.

A separate trial to determine whether spouses will be deprived of custody of their sons, is postponed for months.

The state Department of Health and Human Services is moving away from parental rights to Verity. The court is scheduled for August 9.

Emigration to the United States along a religious line