Home Educational program Americans are advised not to shower during a thunderstorm: why is it dangerous

The US Centers for Disease Control and Prevention (CDC) is warning Americans not to shower during a thunderstorm. Why there are such strange recommendations, the publication figured out CNN. 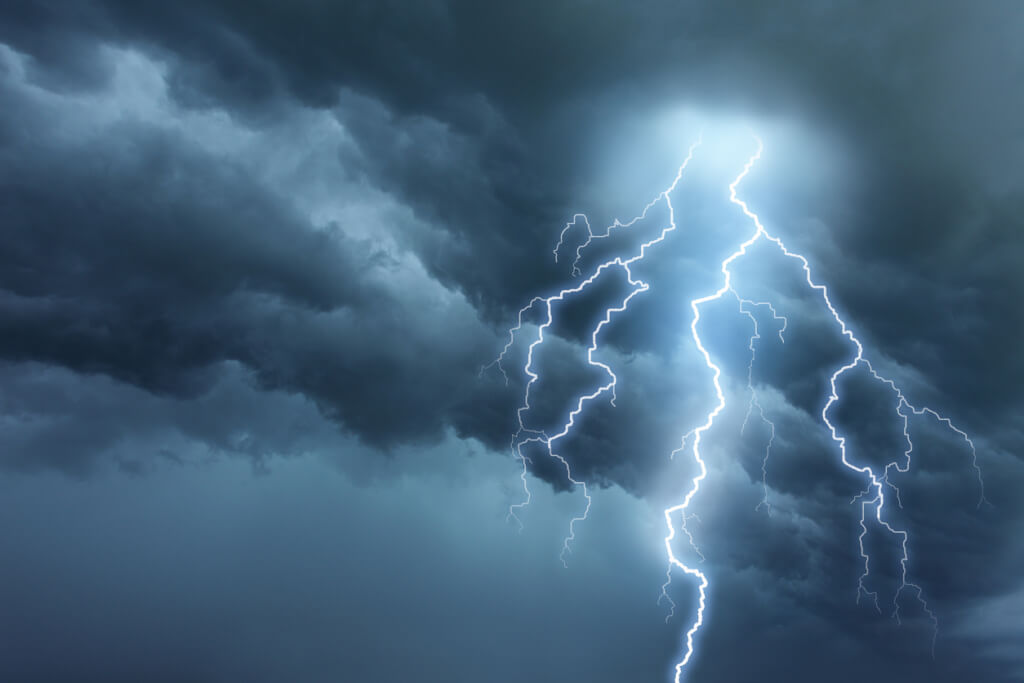 Because lightning can travel through plumbing, “it’s best to avoid contact with water during thunderstorms. Do not shower, bathe, wash dishes or wash your hands,” the CDC said.

“The risk of lightning passing through plumbing may be less with plastic pipes than with metal pipes. However, it is better to avoid any contact with plumbing and running water during a thunderstorm in order to reduce the risk of electric shock, ”explained the specialists of the department.

And this is not the only danger. Stay away from porches and balconies, stay away from windows and doors, “do not lie down on concrete floors and do not lean against concrete walls,” the message says.

On the subject: The clock exploded, and the phone burned down: a student in Florida was struck by lightning almost in the heart

In addition, "Do not use anything plugged into an electrical outlet, such as computers or other electronic equipment," the CDC advises. - Stay away from corded phones. Cellular and cordless phones are safe as long as they are not plugged into an outlet via a charger.”

Hotter than the surface of the sun

When lightning strikes, the air heats up to "50 degrees Fahrenheit, which is 000 times hotter than the surface of the Sun," according to the National Weather Service. “Immediately after the flash, the air cools rapidly and contracts. This rapid expansion and contraction creates a sound wave that we hear like thunder."

Lightning can kill in many ways. According to the CDC, a direct blow is most commonly fatal, but blunt trauma, skin damage and burns, as well as injuries to the brain, muscles, and eyes can result from the touch of current through a car or a metal object. Current can pass through the ground, bounce off a person or object, or even rise up from objects near the ground.

There is a way to calculate the distance between you and the lightning, but you have to do it from a safe place so you don't get hit, the weather service advises.

“Count the number of seconds between a flash of lightning and the sound of thunder, and then divide by 5,” where five seconds equals 1 mile (1,6 km), 15 seconds equals 3 miles (4,8 km), and zero seconds is very close, explained in service.

According to the CDC, most deaths and injuries occur when people are outdoors, especially during the afternoons and evenings during the summer months. About 180 people a year are injured by lightning, and 10% of people struck by lightning die each year. Those who work on the street, especially those in the southeast, are most at risk. The CDC noted that Florida and Texas have the highest number of lightning-related deaths.

If a thunderstorm catches you outside, “do not lie down on the ground. Lightning causes electrical currents along the top of the earth that can be deadly over 100 feet (30,4 m) away. Hide in a safe place; there is no safe place outside,” the CDC stressed. - Avoid anything that increases the risk of being struck by lightning. For example, do not stay near or under tall trees. If there is no safe cover in sight, roll into a ball: put your feet together, squat low, tuck your head in and plug your ears. But remember: this is a last resort. Look for a safe haven."

US residents expect huge heating bills this winter: what you need to know