Home Page In the U.S. Americans are offered a large sum of money for vaccination against COVID-19

Millions of Americans are still hoping for a second round of financial assistance to cope with the financial fallout from the Covid-19 pandemic. Meanwhile, the US government is preparing to vaccinate the US population to end the public health crisis. Writes about it CNBC. 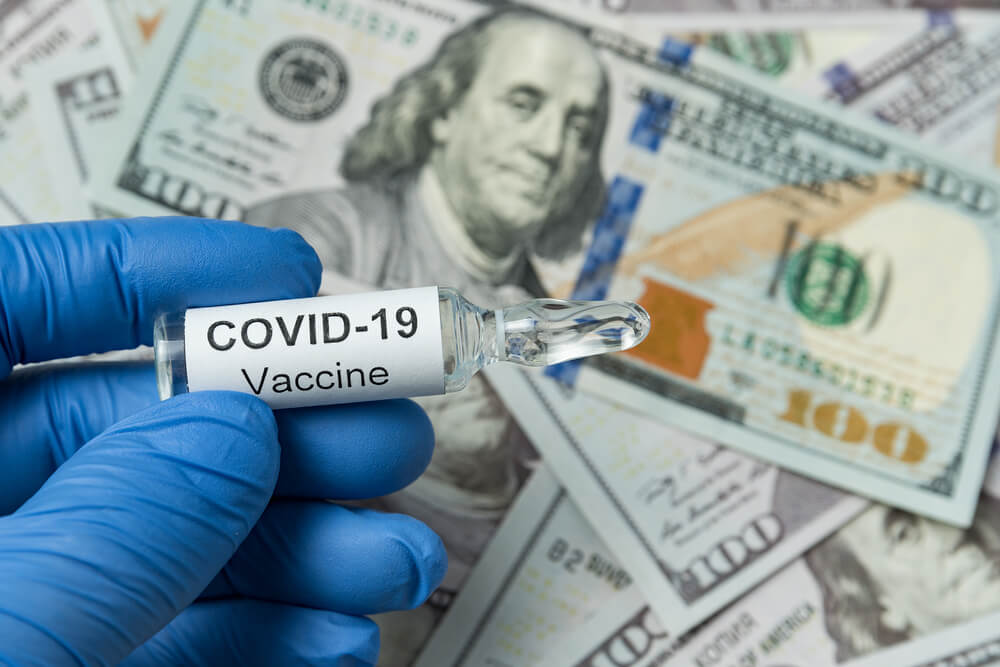 One recent proposal aims to help the effort both ways by giving people incentive checks for $ 1500 in exchange for immunizations.

The idea comes from entrepreneur John Delaney, a former Democratic congressman of Maryland who also ran for president in 2020.

“The sooner we vaccinate 75 percent of this country's population, the sooner we end the coronavirus and the sooner everything will return to normal,” Delaney said.

Admittedly, the plan may face some hurdles.

Congress has worked for months to come to an agreement on the next federal aid package. Divisions continue to exist between Republicans and Democrats, although 12 million people could lose unemployment benefits within weeks if nothing is done. Incentive payments, which were once the subject of a bipartisan agreement, now appear to be no longer discussed.

At the same time, the Centers for Disease Control held meetings to decide who should be first in line for vaccinations. Once approved, vaccines will be distributed free of charge to Americans. But some people may be afraid to accept newly developed treatments. One Gallup poll showed 58% of Americans are ready to be vaccinated against Covid-19.

How Delaney's plan will work

A public poll showed that the decision to vaccinate has become a political issue, disappointing for Delaney.

“We need to create an incentive for people to really think about vaccinations,” he said.

Of course, those who are against vaccination will not be forced to do so.

“If you’re still afraid of the vaccine and don’t want to get it, that’s your right,” Delaney said. - You will not participate in this program. But you know what? You will still win, because we will achieve herd immunity faster, which will benefit you. So I think everyone will benefit. "

To fulfill the plan, the government could create a system in which people get a number after vaccination. As soon as a person enters this number along with their social security number, they will receive a check.

The United States already has measures to encourage people to get vaccinated, such as requiring vaccinations for children in school.

Several other countries are already compensating people for vaccinations, Delaney said. In Mexico, the government pays people to vaccinate their children. In India, one program provides food and household goods after children are vaccinated.

How much is it

Sending the Americans $ 1500 in exchange for vaccinations will cost the country $ 380 billion. By comparison, the first stimulus checks sent by the government this year have cost more than $ 270 billion to date.

According to Delaney, the fact that Congress has not yet approved the repeated financial aid packages is "tragic" and they should have been provided to the Americans anyway.

The cost of the next aid package is a source of controversy among the political parties on Capitol Hill. Democrats are currently advocating $ 900 billion as a starting point, while the Republican leadership pledged $ 500 billion.

Adding that new $ 380 billion may seem too expensive as lawmakers try to squeeze enough funding into the plan for the unemployed, small businesses, state and local governments, schools and healthcare organizations.

However, linking financial aid to vaccinations would actually be the most effective strategy to slow the pandemic and thus help reduce the need for other forms of assistance, Delaney said.

There are currently no formal proposals on Capitol Hill to link eligibility for financial assistance with Covid-19 vaccination. Delaney said he received requests for such a proposal from former colleagues on the progressive and moderate sides.

Why some experts have questions

Some experts are skeptical about such a plan.

“This is an interesting idea,” said Bill Hoagland, senior vice president of the Bipartisan Political Center and former Senate official. - It's a pushing factor. But this should not be at the forefront when the issue of financial assistance is being decided, if we are going to provide such assistance. "

In some ways, creating an incentive for vaccinations makes sense, said Howard Gleckman, senior fellow at the Urban Brookings Center for Tax Policy. But such an initiative could cause unintended delays in payments.

Now that the CDC has said older people should be vaccinated first, the decision would also make this population the first in line for financial assistance. Consequently, young people could face a six-month wait, Gleckman added.

Overall, it will also take longer for the Treasury Department to verify that people are vaccinated and to compare with other requirements they must meet to receive incentive checks.

“It's always nice to be able to kill two birds with one stone, but in this case, I think the two birds are running in different directions,” said Gleckman. "It will be really difficult to make it work."