Home Page Our people 'America is an opportunity to become a professional': how a Russian surgeon performs unique operations in the USA

Vadim Gushchin, a practicing oncologist surgeon and director of two oncology clinics in Baltimore, Maryland. Vadim was able not only to continue his medical education in the United States, but also to become a famous and respected specialist. He told his story Voice of America. 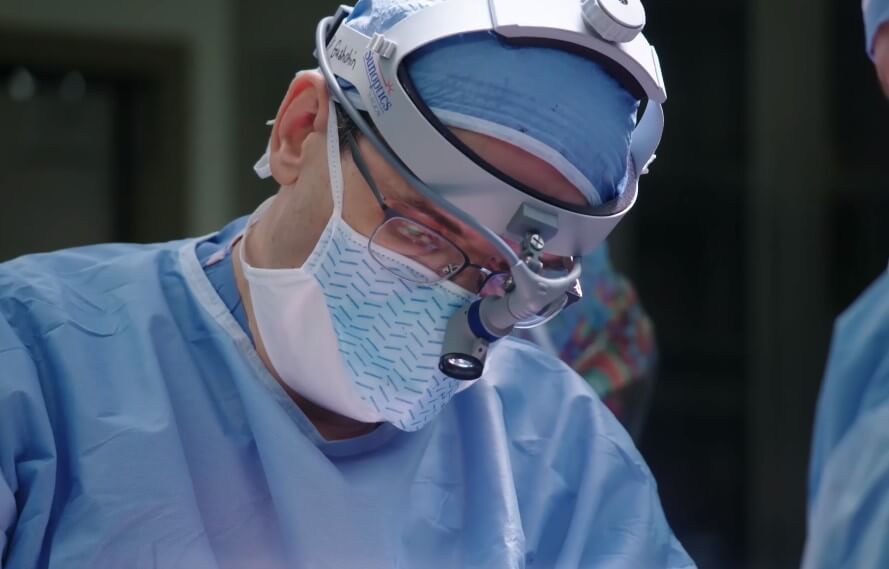 During long operations, you need to know not only your strengths, but also your weaknesses. For example, you need to be in good physical shape, because even a slight back pain can lead to the fact that you will make the wrong decisions. In difficult situations, I ask either my partners or my assistants to give me advice. I need a fresh thought, a fresh look at the situation and it helps a lot.

I am a Cancer Surgeon at the Mercy Clinic in Baltimore. We have a private surgical practice, mainly dealing with oncological diseases. By position, I am the director of gastrointestinal oncology and the director of the melanoma center. This is working with other doctors from our cancer center, conducting scientific work and training other doctors. 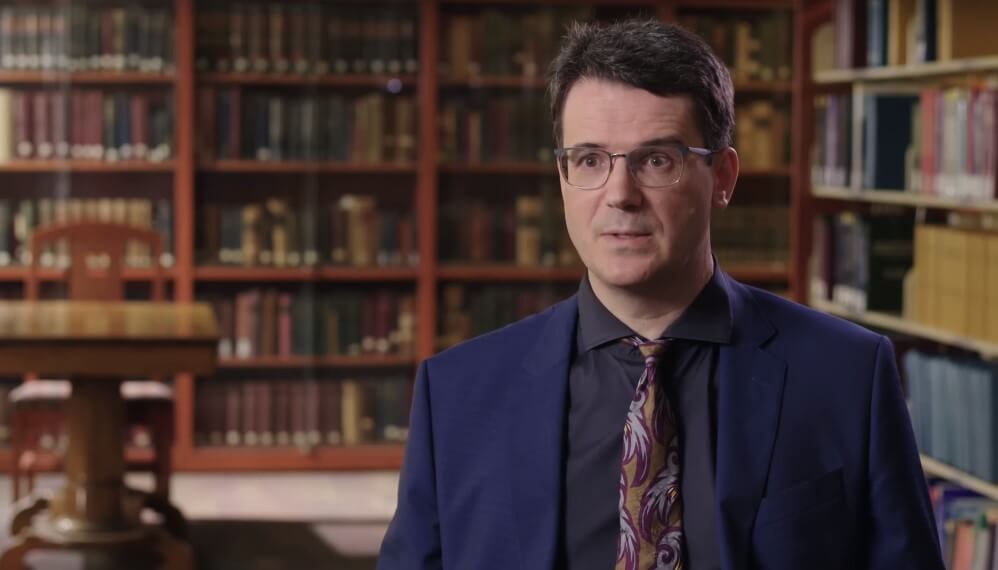 I perform unique operations for peritoneal carcinomatosis, as well as do other operations, including using the Da Vinci robot. In my experience, patients recover twice as fast as after laparoscopic surgery. 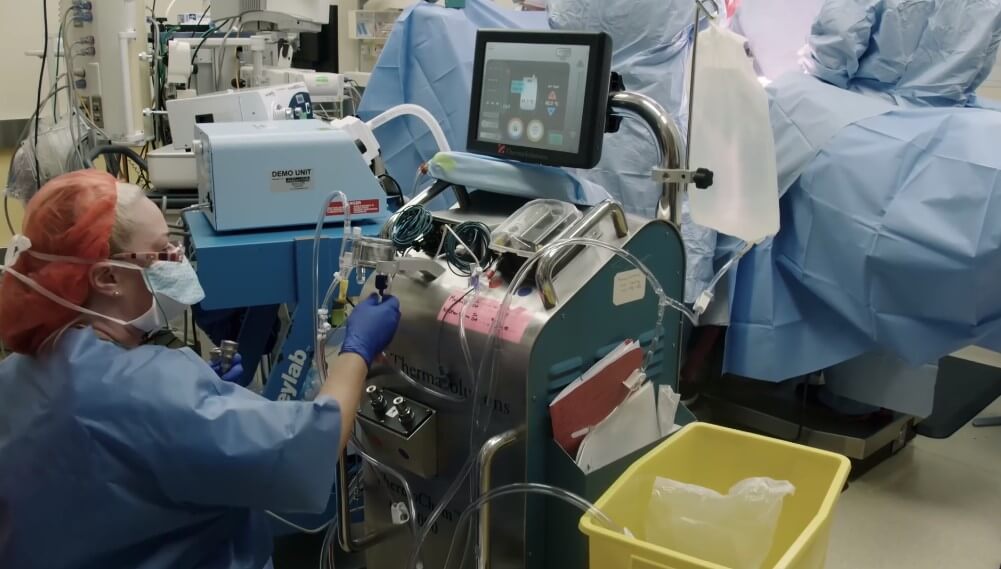 On the subject: 'Students study my business model': how an immigrant from Russia created a successful farm in the USA

I was born and raised in Moscow, moved to the USA when I was 26 years old. I just graduated from a medical institute and surgical residency then. The idea was to enter a residency and finish his medical education in the United States of America. For me it was an absolutely unattainable cinematic dream, I doubted that I could ever realize it, but it happened. 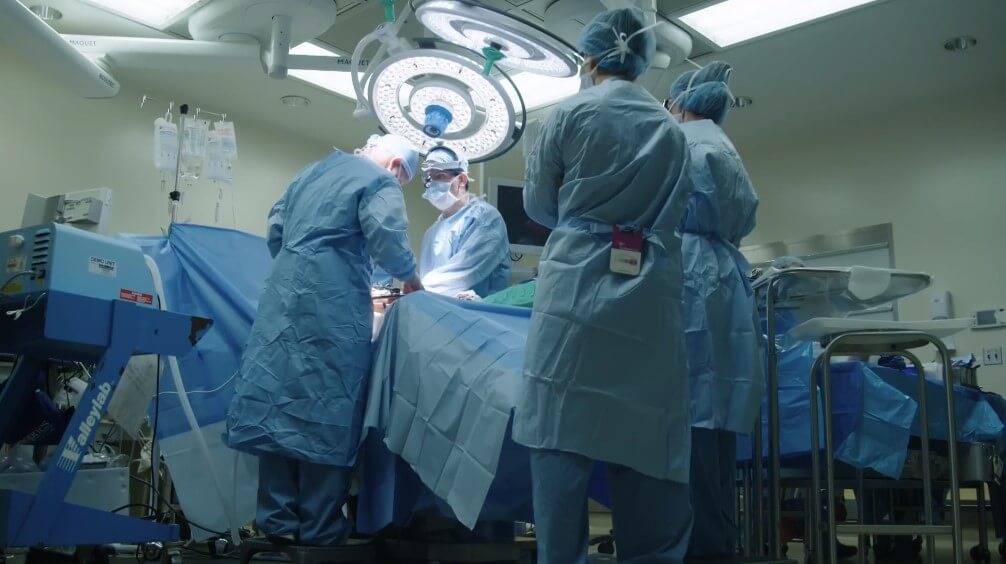 After graduating from a medical institute in Russia, I worked for 2 of the year, receiving the specialization of a general surgeon. There was a very interesting contrast with the American clinic. In America, as it is written in textbooks, as we are taught in tests, this is exactly what happens in real life. There are no differences, do not forget about what you were taught, and with the beginning of your professional activity, do everything differently.

I arrived in Chicago, where my wife’s relatives lived, after about 1,5 of the year we moved to Philadelphia, where I began my surgical residency at the University of Pennsylvania. I studied there for a year, and the next 5 years of my residency I went to Washington. In the 2 year of my specialization in surgical oncology, I was in Buffalo. After that I came to Baltimore to work. 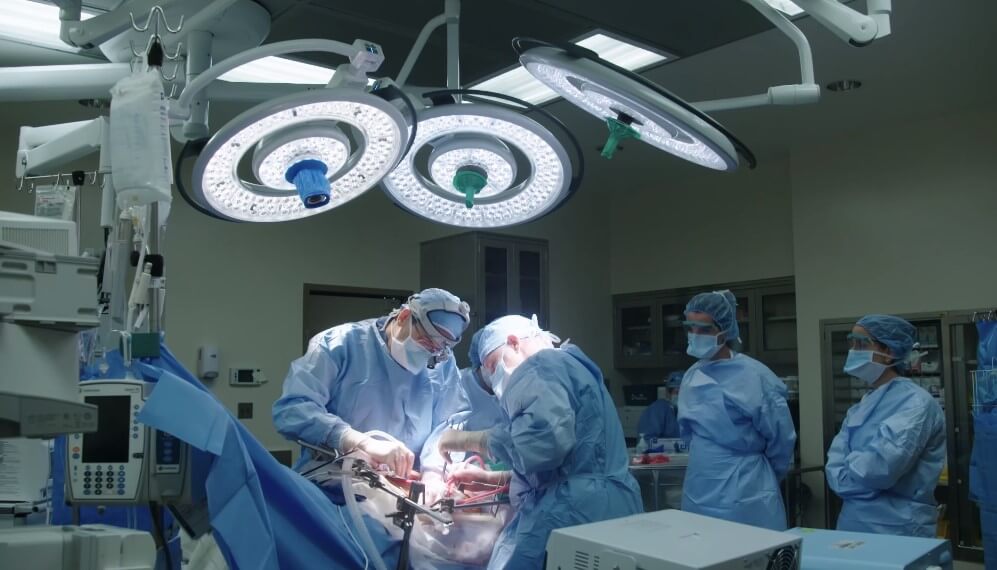 On Friday, we usually have meetings of our scientific department, we invite other doctors there: gynecologists-oncologists, chemotherapists, medical oncologists, and discuss our new projects. Our scientific work is very dear to me - all this was done with my own hands, doctors are not paid money for this, but without this our practical activity in such a volume and at such a level is impossible. Our research group often includes young doctors from other countries. Since my partner Armando is from Colombia, I am from Russia, it is not surprising that these are the countries where young doctors come. 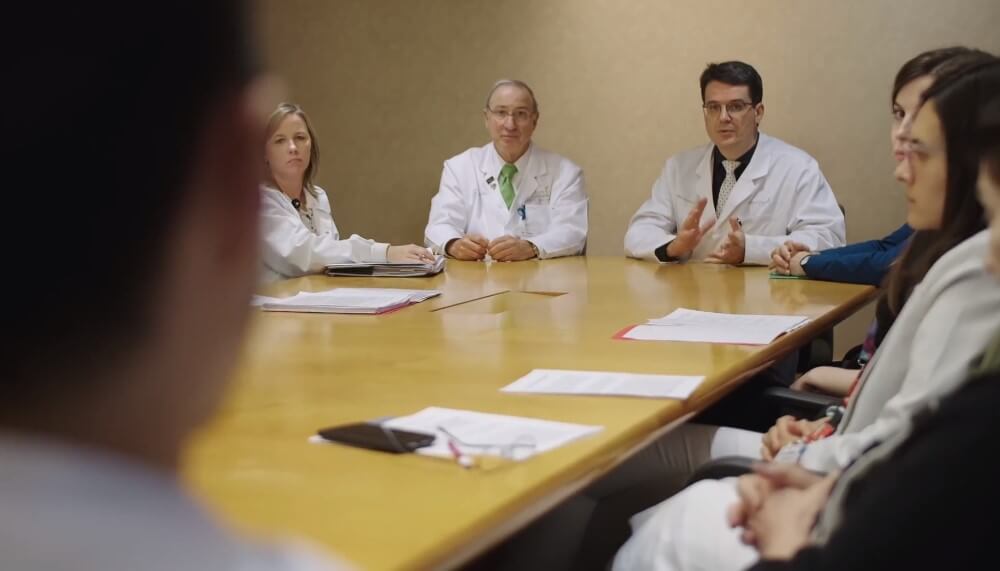 Baltimore is overcrowded with medical facilities and there are a large number of specialists in the field that interests me - in surgical oncology and in oncology in general. It is a city that gives me access to what I love. I love music: we often go to concerts in Washington, to the opera in New York, I try to use all the opportunities that life in this unusual place gives.

On the subject: Life after death: how a Russian-speaking immigrant found and lost a loved one in a foreign country

The day starts early enough, the alarm rings at 5 hours and I'm going for a run, because I need to maintain my physical shape. There are few cars, the environment is green, there are no people, so you can wake up, think about your affairs for the coming day, listen to a lecture or podcast. Twice a week I go to the gym to be in good shape. Then to 7-7: 30 in the morning I’m going to work. 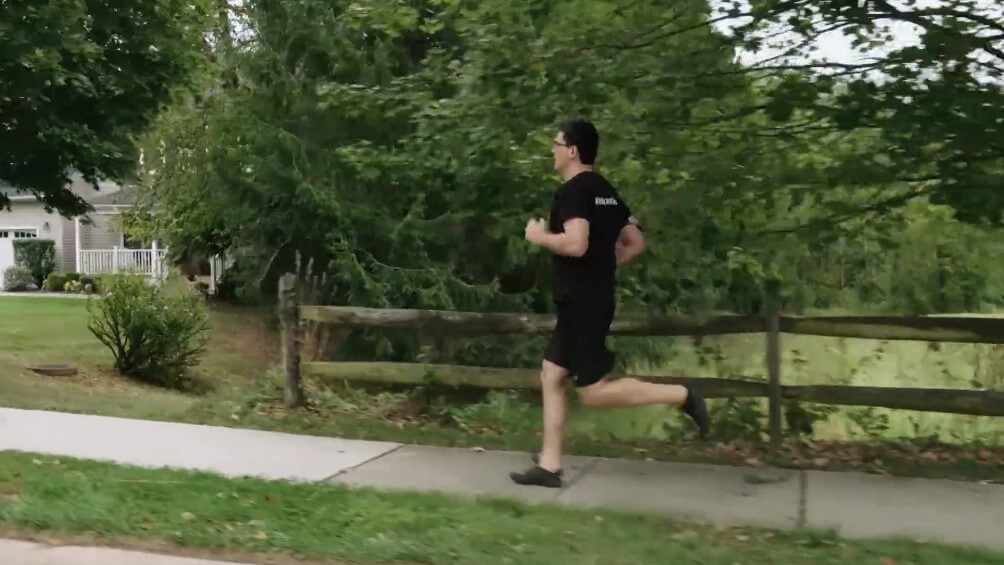 Every year at the end of September, patients from all over the United States - I think every state - come to Baltimore to show us that they are not only alive but physically active, but they also come for the main fundraising event of the year. to raise funds to continue scientific work. Doctors act as invited people, we do not organize it - the patients themselves do it. Moreover, we have to account for how we spent these funds, tell us what conferences we attended, how many articles we wrote, how many patients participated in the scientific research that is funded by the event. We are responsible for every cent. We see familiar faces, it's nice to know that the patients are alive and well. Many memories, hugs are a pleasant event. 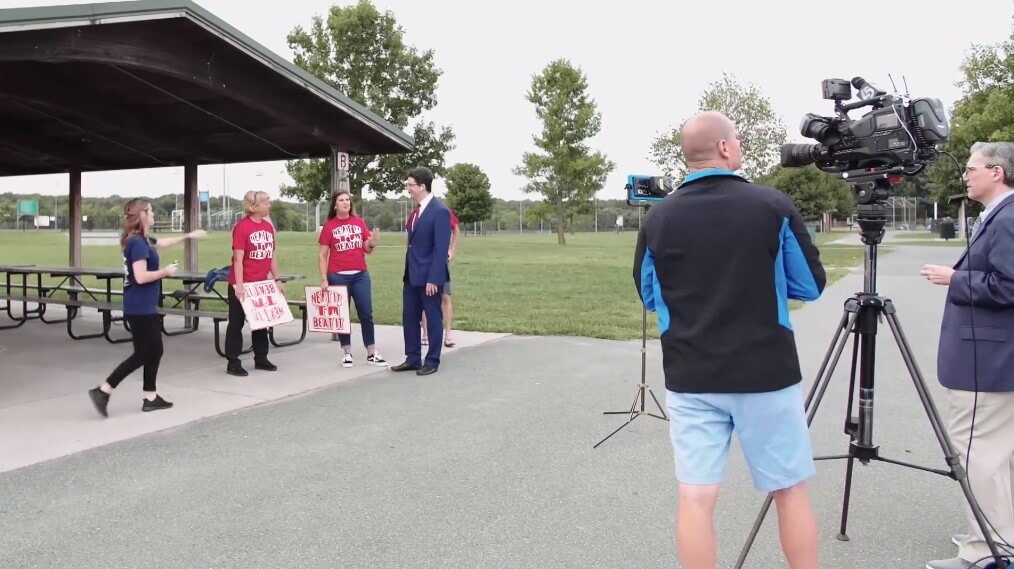 The idea to create an educational project in Russia did not come to me right away. I returned from one of the conferences from Russia, and the head of a private foundation said that he was recruiting students who were given scholarships and they were studying at one of the best oncological institutions in Russia in St. Petersburg. From such an unexpected answer “yes, let's, maybe something will work out”, it grew into a large project, where I and my Russian-speaking colleagues are participating. The project was soon named “Graduate School of Oncology”, it is a project of distance education of Russian oncologists at the moment. The goal of this project is to create a nucleus of oncologists who could represent modern Western-style oncology in Russia. Today 60 young doctors are involved in it, this is our fifth year. 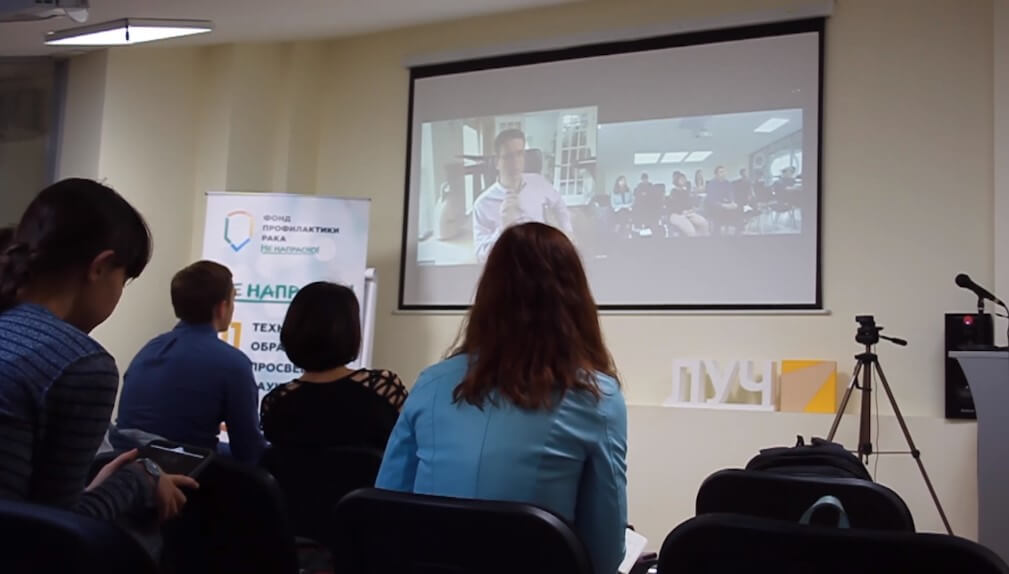 My biggest dream is to bring the residency education system to Russia. I don't know if this is possible or not, but this is my biggest dream. My task is to expand this project so that it functions even in my absence, and attracting other teachers is one of the main tasks.

On the subject: 'The most important thing is the goal': how an immigrant from Russia created a ballet academy in the USA

In America, I am attracted by the opportunity to become a professional. In fact, what I am doing is like being a member of an astronaut corps. About the same number of people in the world do what I do. Of course, I do not regret that I came here, also because I have such an opportunity with my American education. 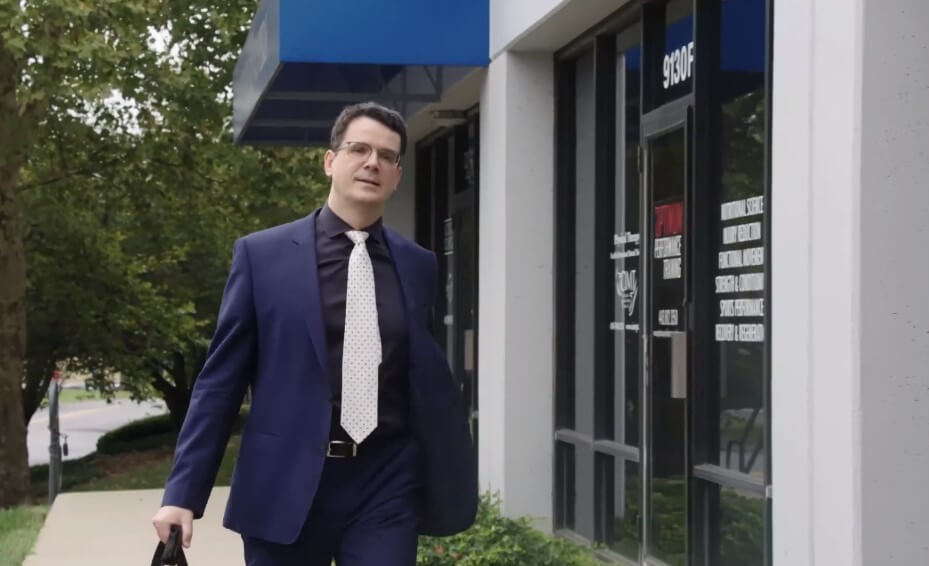 I come to work every time with joy and desire - as far as I understand, this is very rare. I don’t remember a single day when I was not interested, did not want to come to work. Even when you go to operate on a complication patient in the middle of the night, I still want to do it. There is no such thing: here, again you have to go to work ... Never was. While everything is so, I think life is good.

'Students study my business model': how an immigrant from Russia created a successful farm in the USA

'Everything turned out like a movie': Ukrainians in Silicon Valley created a startup for $ 500 million