Home Our people Alec Baldwin accidentally killed the cameraman on the set: the deceased is Ukrainian

American actor Alec Baldwin accidentally killed one person and injured another on the set of the film Rust in Albuquerque. The deceased, 42-year-old photographer and cinematographer Galina Gatchins, was a Ukrainian. The edition told in more detail The tabloid. 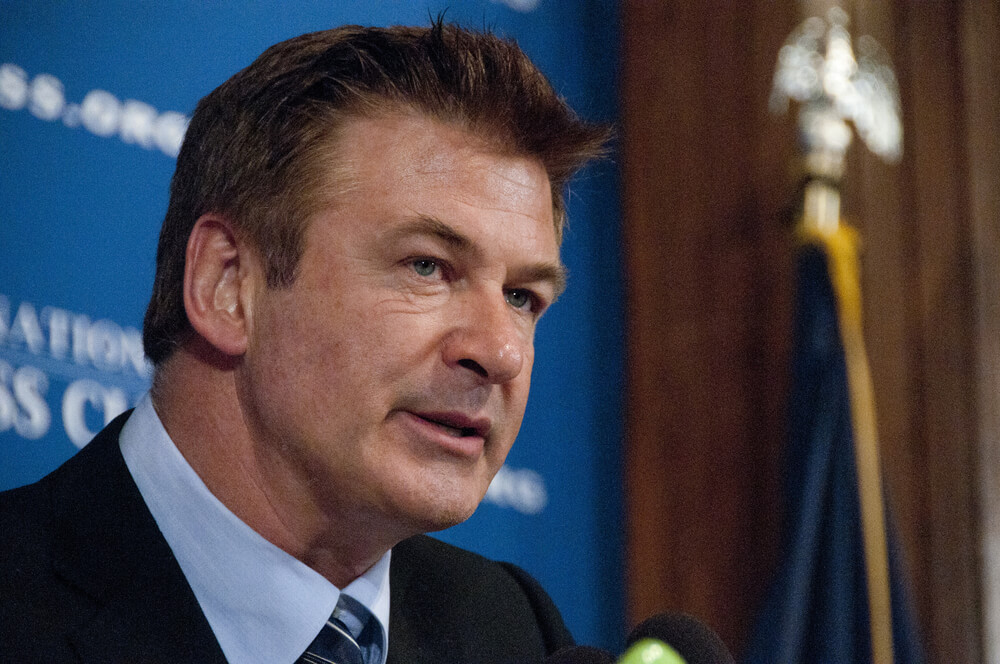 The cause of the tragedy was a shot from a prop weapon.

“Mrs. Gutchins was taken by helicopter to the University of New Mexico hospital, where doctors pronounced her death,” said Sheriff Juan Rios.

The injured director Joel Sousa was hospitalized but already discharged.

It is noted that Baldwin voluntarily agreed to talk with investigators. No charges have been filed yet, filming has been suspended.

A spokesman for Baldwin said there was an accident on set with a blank rifle misfiring. The Guardian.

Baldwin was seen crying outside the sheriff's office, but attempts to get comment from him were unsuccessful.

“According to investigators, it looks like the scene involved the use of a rifle firearm when it was unloaded,” Juan Rios said. "The detectives are investigating how and what type of bullet was fired."

On the subject: In New York, the actor Alec Baldwin was arrested because of a fight for a parking space

"The details are unclear at this time, but we are working to find out more and support a full investigation into this tragic event," said International Guild of Cinematographers President John Lindley and CEO Rebecca Rhine.

After a while, the actor commented on the situation in his Twitter.

“There are no words to convey my shock and sadness over the tragic event that claimed the lives of Galina Hutchins, wife, mother and our deeply revered colleague. I fully cooperate with the investigation to find out how this tragedy happened. I also contact her husband and offer my support to him and his family. My heart is broken, ”wrote Baldwin.

Who was the Ukrainian

Galina studied international journalism at the Kiev National University. She graduated from the American Film Institute in 2015 and has worked on such films as Blindfire, Archenemy and Darlin. Gutchins was named a rising star in the American film industry by American Cinematographer magazine in 2019.

She retained Ukrainian citizenship, but lived in the United States for a long time, where she has a husband and son. According to her website, Hutchins grew up on a Soviet military base in the Arctic Circle, surrounded by "deer and nuclear submarines."

“She had such an amazing experience that you just can't help but romanticize,” recalls director Adam Mortimer, who worked with Gutchins on the set of Archenemy. “She had this Ukrainian spirit that made her seem super cool and very serious,” writes with the BBC.

Colleagues and friends of the deceased leave tributes on the network celebrating her brilliant talent.

“One of the extra perks of filming a western is that you can go horseback riding on a day off :),” she shared.

Condolences to Galina's family were expressed by the film crew, as well as her friends and colleagues.

The International Filmmakers Guild called the news of the death of Gutchins and the injury of director Joel Sousa "terrific."

“This is a terrible loss and we grieve that our guild has lost one of its family members,” the filmmakers said.

“She is a wonderful, positive, creative person who was in awe of making films,” said Michael Pessy, cameraman who was a friend of Gutchins. "She was really on the rise."

The Ukrainian Foreign Ministry confirmed that Gatchins was a citizen of Ukraine. The Consulate General of Ukraine in San Francisco clarifies the circumstances and interacts with American law enforcement officers in the context of the investigation. Consuls also establish contact with relatives in order to provide the necessary consular and legal assistance.

Police on set and blanks

The police are investigating the circumstances of the tragedy, in particular, how the dangerous weapon fell into the hands of the actor.

Filmmakers based in the United States said that Hollywood has strict safety rules when filming films like Rust.

There must be a person on the site who is good at weapons and is responsible for the weapon props. Before shooting scenes with weapons, a test shot is taken.

The police must be present on such filming.

For the beauty of the frame, as the directors say, they use blank cartridges. They give a bright flash when fired, but nothing more.

The tragedy reminded of the death of Brandon Lee. In 1993, 28-year-old Brandon Lee, son of late martial arts star Bruce Lee, died of a .0,44 bullet while filming the death scene in The Crow. The pistol was supposed to fire a blank cartridge, but an autopsy revealed that the bullet was stuck near his spine.

Why you should start buying Christmas gifts now, and how to save money