Home At home IPhone for a penny: in Russia, a man bought an iPhone XS for a small bath. A PHOTO

IPhone for a penny: in Russia, a man bought an iPhone XS for a small bath. A PHOTO

In Russia, the buyer allegedly brought to the store a whole bathroom of little things, in which there was enough money to buy a new iPhone. 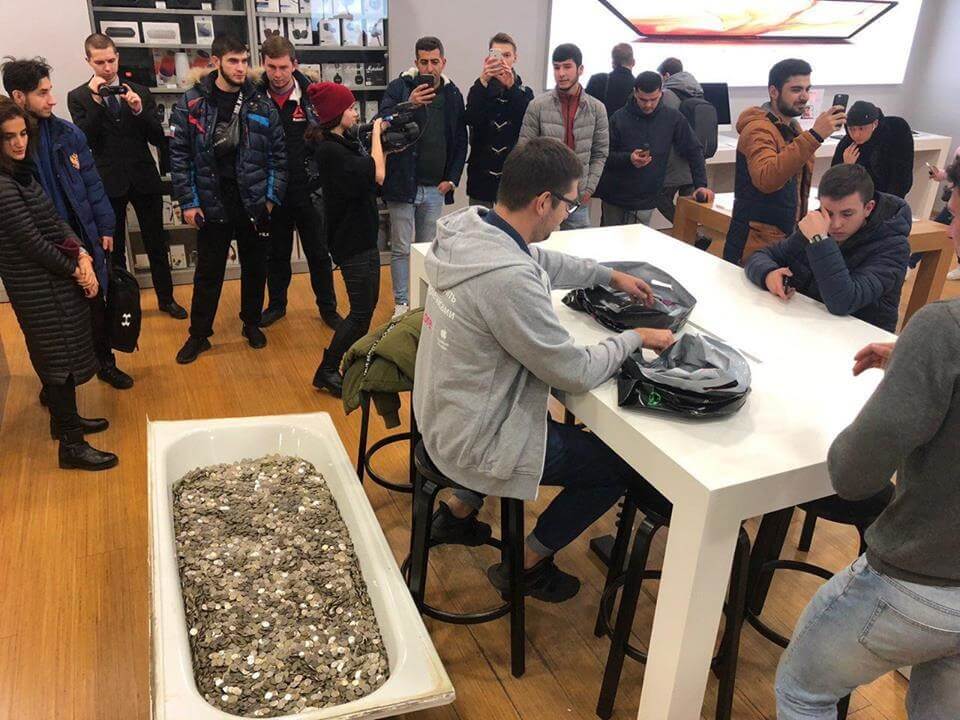 Lyudmila Semushina is a representative of the company that operates the local authorized retailer Apple - re: Store. As journalists assure, the bath was brought to one of the stores of this chain. However, the city in which this happened is not mentioned. In addition, the picture of the bathroom is no longer publicly available on Semushina's page. 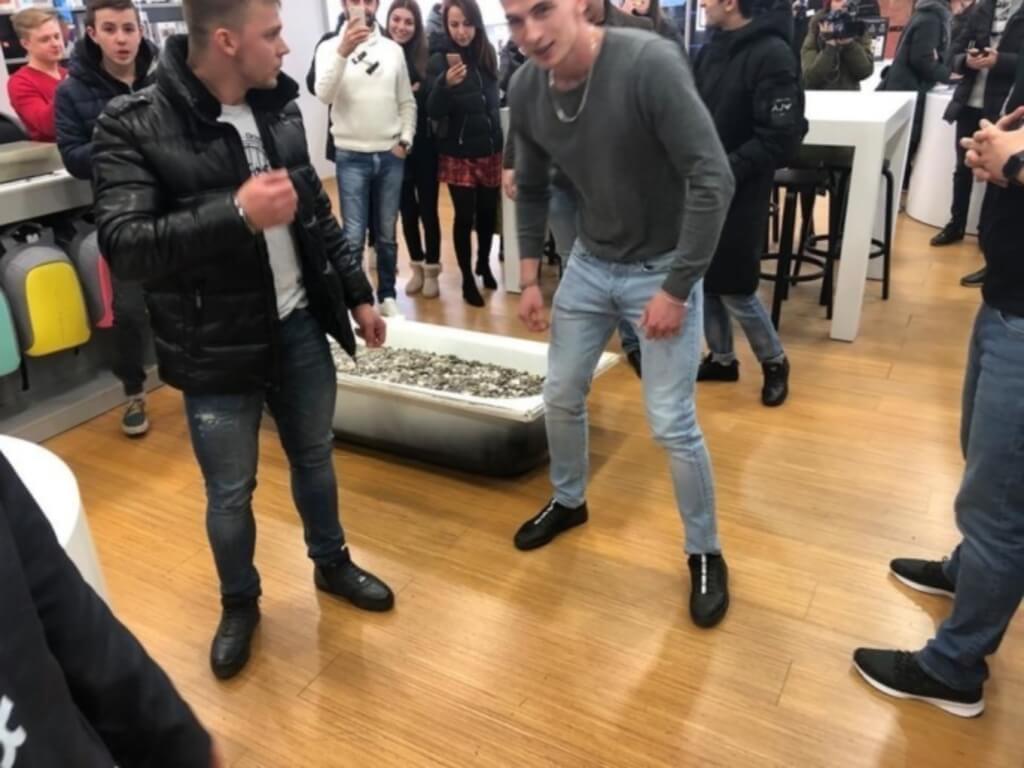 According to Semushina, the buyer simply brought a bath with coins “straight from the street”. The photo shows how the seller recounts a trifle - there is no special equipment for this at the point of sale.

The owner of the bathtub claimed that it contained about 100 rubles, that is, about $ 000. After counting, as Semushina assures, an unusual buyer was able to purchase an iPhone XS with 1480 GB of internal memory. In stores in the Russian Federation, such a gadget costs about 256 rubles - less than $ 80000. 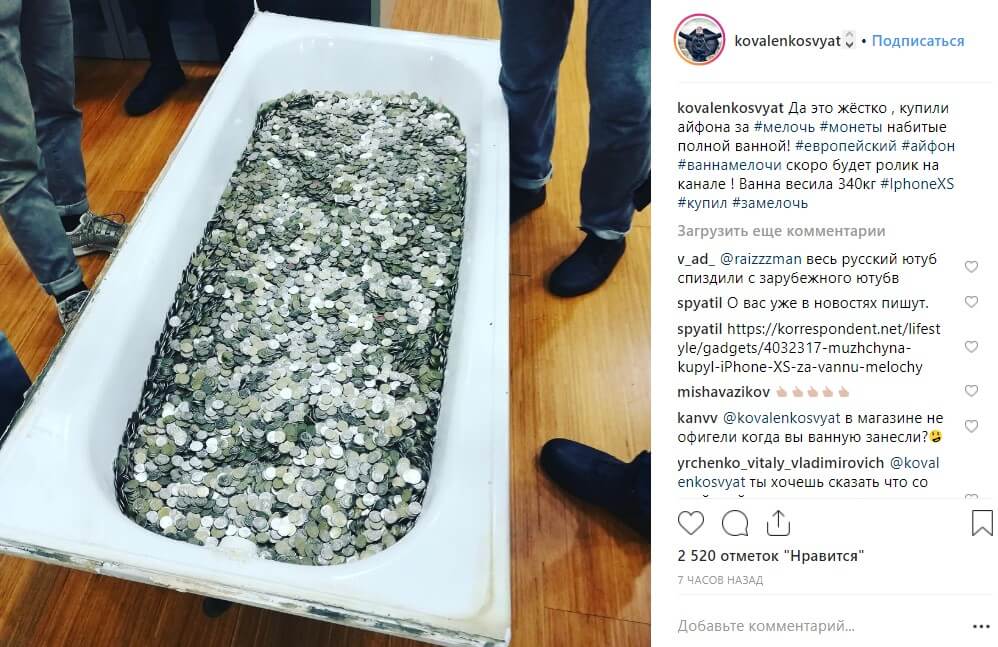 We add that in the Russian Federation there are coins in circulation in 1, 2, 5 and 10 rubles. The latter weighs 5,63 grams, that is, theoretically, 100 thousand rubles can be collected from 10 thousand coins with a total weight of just over 56 kilograms. However, there were obviously a lot more coins in the bath and they were obviously heavier.

There is a possibility that the iPhone lover is actually an employee of the company that owns the outlet, and the action was conceived for the sake of advertising.

What if you really want a new iPhone, but there is no money? Contests help out. What people are ready for for a fashionable gadget - read in our material.

iPad Pro for creativity and updated AirPods: what Apple will show at the October 30 presentation

Why Apple, Starbucks, Amazon, and Tesla are called that

Siri voice assistant steals photos from other iPhones: how to protect yourself