Home Educational program Airport of the future: what will be the security control system in 10 years

Shoe scanners, fewer false alarms and simplicity of security controls - this could be a new reality at airports in the very near future. Yes, getting through airport security will finally become faster and easier. Writes about it Reader's Digest. 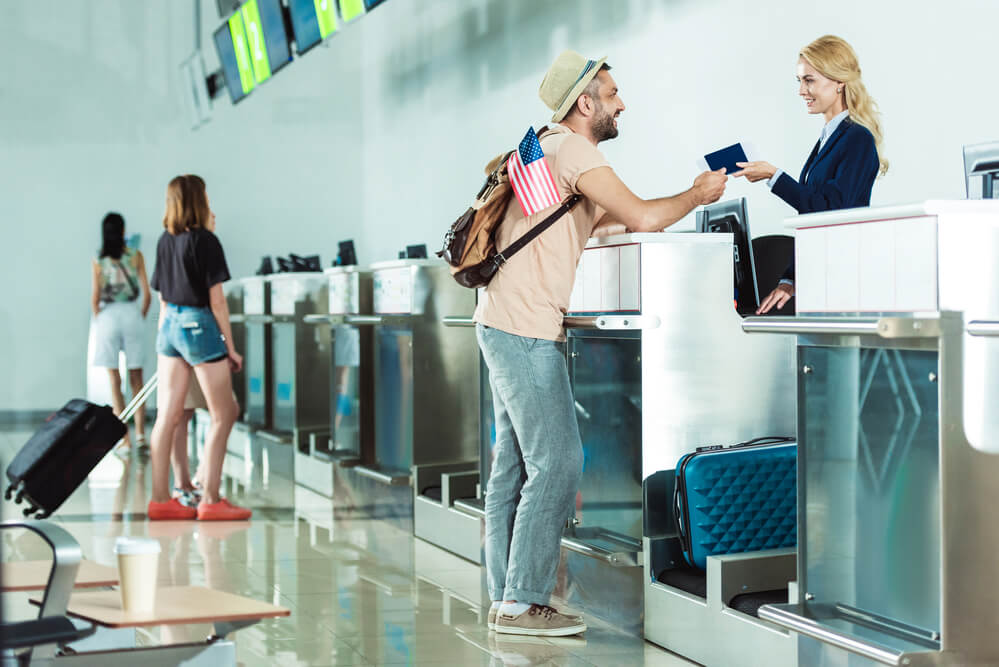 Air travel will also be much safer. Currently, the Transport Security Administration (TSA) serves more than 2 million people a day, and there are about 950 machines with advanced image processing technologies at airports across the country. Soon they will have even more advanced technology.

One technology that should appear soon is millimeter-wave imaging systems for shoes. With this innovation, travelers will no longer have to take off their shoes, and checkpoint lines will move faster.

If an alarm is triggered, the passenger is simply redirected to the conveyor, where he is asked to remove his shoes for a more intensive search. Shoe scanners can also be used at other key points during travel, including when passengers drop off their luggage and at the gate.

According to Wheeler, in the future, the airport security verification system will include several levels of verification outside the main checkpoint, where all travelers are checked today.

“These additional points will be located at the drop-off points outside the departure areas, in airport parking lots, as well as near aisles and tunnels,” she explained.

On the subject: Aircraft, trains, and steamboats: what presidents ride on

Several security checkpoints can help identify potentially problematic passengers in advance, so everyone else can ultimately pass the last security checkpoint faster. The bottom line is that the airport checkout process will be more thorough and safer for all passengers.

In addition to cameras, the security zones will be equipped with more intelligent next-generation security devices that include artificial intelligence.

“These will include millimeter wave and radar imaging, infrared and chemical trace sensors,” Wheeler says. The devices will detect threats and suspicious activity at distances far from airport gates, where there are fewer people. This will create a safer environment inside the airport terminals, Wheeler said.

You can already see the beginning of this process - self-service kiosks and online check-in for certain airlines.

“This is a clear indication that check-in counters with huge queues are becoming a thing of the past,” Wheeler explains. It's bittersweet, however: many of those who work in check-in areas are likely to lose their jobs, but this could save travelers money in the long run. If companies do not pay these employees, then they may be able to reduce travel costs, which will affect airfare.

This is also in line with the growing trend of self-automation, which works directly with our phones - a technology you've probably already used.

“Many of us also receive boarding notifications, flight information and schedule changes automatically sent to our smartphones,” Wheeler says. And this is just the tip of the iceberg.

Wheeler said biometric security technologies will lead to a fully automated airport entry and exit cycle. In the future, after registration and scanning, passengers will be issued with a biometric token, which is necessary for checking the passport, boarding pass and ID for the trip. This may not be a physical token. It can be stored securely in a smartphone.

Face recognition technologies are developing at a significant pace, and soon they will become an integral part of the registration process. Passengers will be scanned for biometric identifiers, in addition to simple facial recognition.

“The eyes are even more unique than fingerprints,” Wheeler explains. "Using a combination of both would be a very reliable identity check."

This information, transmitted through new encryption technologies to immigration and security officials, will ultimately facilitate the process of arrival and departure.

Some airports are already testing this technology, which can be used to track passengers from arrival to departure. Until now, this has been faster and more reliable than manually checking passports.

The two biggest problems faced by US airport security personnel are the huge territories that need to be controlled and the different design of airports, which complicates the development of universal solutions. According to Douglas Smith, a former assistant to the head of the Department of Homeland Security and current member of the advisory board of Plymouth Rock Technologies, there are very few modern airports in the world, which complicates the security process at them.

“Dedicated airports such as the new one in Doha, Qatar, were not too long ago,” explains Smith. "Airports are forced to install new technologies in many buildings that were commissioned even before these technologies were invented."

Equipment operators should be knowledgeable about how each piece of safety equipment works and what it detects. According to Wheeler, they also need to have equipment that will allow them to make quick decisions in order to increase their efficiency.

On the subject: Etiquette rules: when it is possible and impossible to recline the seatback in an airplane

“Most people may not realize that TSA agents, for example, have to look for more than knives, weapons or needles,” he explains. “They're also looking for components to make weapons. They need to look at the pictures and put the puzzle together, but operator fatigue can lead to mistakes. ”

The solution of these problems and the elimination of gaps in the security of airports will be associated with the use of new technologies designed to improve the level of existing equipment. With advances in machine learning, artificial intelligence, and new visualization technologies, such as millimeter wave shoe scanning and remote imaging, the frequency of false positives will decrease and operators will not have to solve such problems on their own.

Own slang and a ban on beards: 20 secrets of pilots that they usually don’t share with passengers