The Donald Trump administration plans to complicate the process that immigrants must go through to become US citizens, according to a draft memo received CNN... In particular, the naturalization test can be made longer. This step will be the last in a series of actions aimed at changing the process of obtaining citizenship. 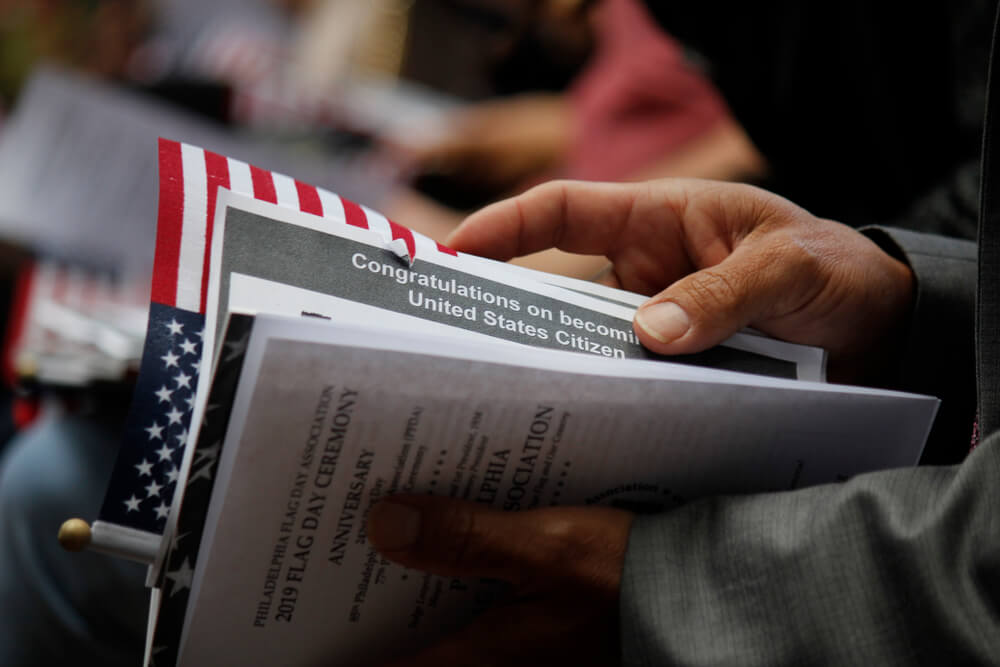 Last year, the US Citizenship and Immigration Service announced that it was changing part of the naturalization test. We are talking about its second component - questions on civil law (the first component of the test tests the knowledge of the English language). The agency last launched a revision of the naturalization test in 2009. Then “standardized test forms for both English and civil law were introduced,” according to Memorandum of May 2019.

Upcoming changes are also mentioned in the same document. According to the memorandum, the changes include adding more civil law questions and topics, as well as changing the number of correct answers required to pass the test.

The naturalization test is an important step towards an immigrant's path to US citizenship. The planned changes will affect the hundreds of thousands of immigrants who become applicants for American citizenship every year.

On the subject: How many immigrants are denied naturalization every year: data for 10 years

The test now includes 100 questions on civil law. During the interview, prospective American citizens are asked up to 10 of them, and they must answer correctly 6. But the changes, according to the memorandum, include an increase in the number of test questions asked from 10 to 20 and, accordingly, a change in the passing score by 12/20 instead of 6 / ten. The document also states that USCIS officers will ask all 10 questions, rather than stop when a candidate gets a passing score, as is happening now.

The updated test, according to the memo, "includes more questions that test applicants' understanding of US history and civil law than the current test." That is, it is likely that the total number of questions for which it will be necessary to prepare will grow (now there are 100 of them).

The agency says it has added more topics related to specific amendments to the Constitution, "the rationale for the structure of the legislative branch of government" and the clause "American innovation." It will also include more "why" questions, although it is not clear how this will affect the difficulty of the test.

It's unclear when the agency will change the test. USCIS declined to comment on the planned changes.

“The change in questions is not unprecedented. But what is striking again is the desire to slow down the naturalization process and demand more from immigrants, ”said Aaron Raichlin-Melnik, political adviser to the American Immigration Council. "This administration seems to be locked in an endless cycle of complicating the process, discouraging more and more people from requesting citizenship and legal immigration benefits."

USCIS, part of the Department of Homeland Security, has been at the center of some of the Trump administration's toughest immigration policies, in particular changes that made it extremely difficult for migrants to seek asylum in the United States and a controversial "public burden" rule that makes it difficult for immigrants to obtain legal status if they enjoy public use. benefits (now it is blocked by the court).

Ken Cuccinelli, now serving as Undersecretary of Homeland Security, drew attention to the agency when he served as acting director of USCIS, rebranding it as a supervisory agency rather than a social agency.

“Updating, maintaining and improving the current and current test is our responsibility as an agency to help potential new citizens fully understand the value of US citizenship and the values ​​that unite all Americans,” Cuccinelli said in a statement last year when the agency announced that will revise the test.

On the subject: List of Documents, Strange Questions, and Personal Impressions: An Immigrant's Tale of the US Naturalization Process

USCIS boasts of the number of people it naturalizes annually. In fiscal 2019, USCIS naturalized 834 new citizens, an annual high in 000 years. But during the pandemic, the in-person naturalization ceremonies were halted - they began to resume in June.