The administration of President Donald Trump has rejected California's request to declare a natural disaster in the state due to six devastating wildfires, including a massive fire in the forests of central California, which became the largest in the state's history. Writes about it CNN. 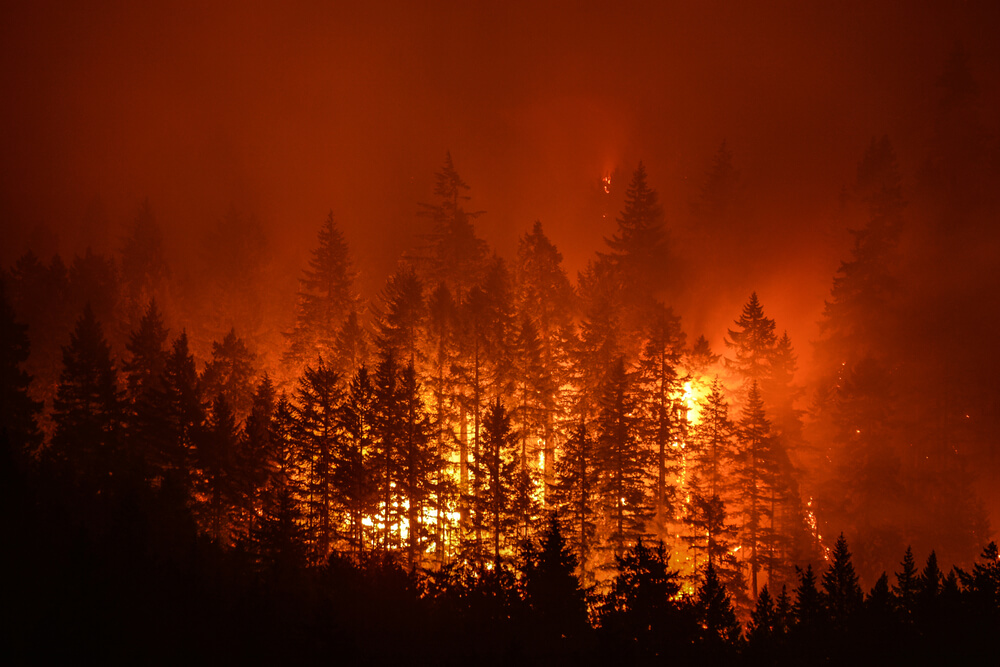 “A request for a presidential announcement of a large-scale natural disaster in connection with fires in early September was denied by the federal administration,” confirmed Brian Ferguson, a spokesman for the Emergency Management Agency. The state plans to appeal the decision.

This came after California Gov. Gavin Newsom asked the federal government for financial help in a September 28 letter to the Trump administration describing the financial impact of the wildfires.

Writing that the estimated damage to infrastructure exceeded $ 229 million, Newsom argued that "federal assistance is critical to support California's physical as well as economic recovery and the state's population."

“The longer it takes California and its communities to rebuild, the more serious, devastating and irreversible the economic consequences will be,” he said.

The other three wildfires in the request were Valley Fire in San Diego County, Oak Fire in Mendocino County, and Slater Fire in Siskiyu County.

The White House said that California's request to declare a major disaster by the president was rejected because it was "unsupported by relevant data."

Judd Deere highlighted other areas in which the federal government provided assistance to California during the historic fire season.

On the subject: Like on Mars: because of the fires, the sky in California turned into an unusual color

“This summer, President Trump quickly approved the California wildfire response, which was confirmed by damage assessments. In fact, the president has provided California with additional disaster relief by authorizing a 100% increase in federal funding for garbage disposal and emergency protections in response to wildfires that began on Aug 14, 2020 and are ongoing, ”Deere said in a statement.

The Federal Emergency Management Agency said the damage assessment "determined that the fires in early September were not severe enough to exceed the state's combined capacity."

“FEMA has approved four grants in five bushfire counties included in the state's disaster request to reimburse the state, local governments and other eligible agencies for 75% of the cost of firefighting, evacuation and shelter,” a FEMA spokeswoman said. Lizzie Litzov.

Since the beginning of this season of fire elements over 8 wildfires have burned over 500 million acres statewide... As a result, 31 people died, more than 9 buildings were destroyed.

During his visit last month, Trump refused to acknowledge the impact of the climate crisis on California bushfires and instead continued to push for better forest management to cut down dead trees that could serve as ideal wildfires.

Ukraine is developing a 'unique' vaccine against COVID-19: what is known about it

First exit after illness: Melania Trump in a Dior dress appeared at the presidential debate