Main page Educational program Biden's administration will pay for the funeral of the dead from COVID-19: how to request compensation

Next week, the Biden administration will launch a funeral assistance program that will provide up to $ 9000 to cover the funeral costs of every American who has died from COVID-19 - the largest program of its kind ever offered by the federal government. Writes about it The Washington Post. 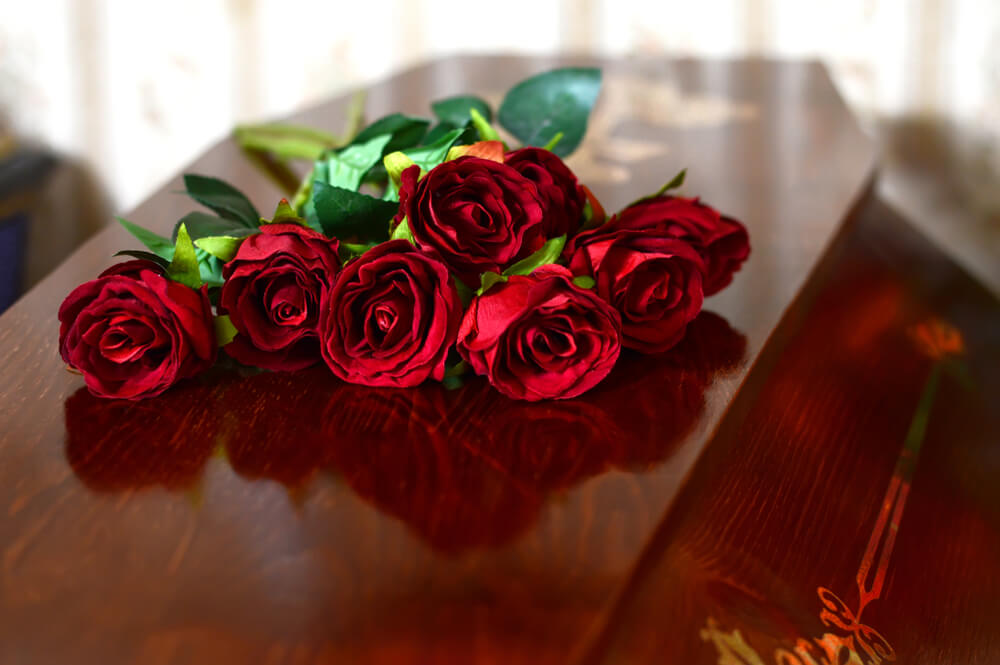 The program is open to families, regardless of income, as long as they present documents and have not yet received similar benefits under another program.

The Federal Emergency Management Agency has reimbursed burial costs before, but has never offered such a large fee to so many people. For example, in 2017, FEMA paid $ 2,6 million to 976 people for the funeral of three hurricane victims - an average of $ 2664 per applicant.

But the huge toll from the coronavirus pandemic means that an unprecedented burial assistance program is being prepared. More than 557 Americans have died from COVID-000.

Since the number of people who will be eligible is unknown, there is also no final cost of the program - but it will easily be several billion dollars. FEMA is setting up a dedicated toll-free hotline - 1-844-684-6333 - and a call center to answer questions about the program and accept applications starting Monday, April 12th.

“While we cannot change what has happened, we reaffirm our commitment to helping with funeral and funeral expenses that many families were not expecting,” said acting FEMA Administrator Bob Fenton.

Senate Majority Leader Charles Schumer and Rep. Alexandria Ocasio-Cortez, New York Democrats, have been pushing to help families pay for burials since last spring, when the coronavirus ravaged their state, and to deal with it. it took mobile morgues.

“The inability to arrange a dignified funeral for someone who is dear and close to you is outrageous,” Schumer said at the time. He added that people are losing their jobs and they do not have enough money for food and at the same time they have to pay for the funeral of loved ones.

Ocasio-Cortez said the pandemic, which disproportionately affects Hispanics and black Americans, “is destroying an already vulnerable community. The least we can do is help families bury their loved ones. This is the very essence, the main measure of human dignity. "

Funeral aid was delayed during the worst crisis of last year, until then-President Donald Trump signed a nearly $ 19 trillion COVID-1 relief bill in his final weeks in office. Details were never released, but the maximum amount discussed at the time was $ 7000, and the funeral assistance program was to be capped at $ 2 billion.

On the subject: Cemetery dot com: what happens in social networks with accounts of deceased people

After President Biden took office and signed the $ 1,9 Trillion American Rescue Plan, the program expanded. Funeral aid - even if it doubles from the $ 2 billion in the measure signed by Trump - still represents a tiny fraction of the $ 1,9 trillion in COVID-19 aid bill that nearly everyone opposed apart from a handful of Republicans in Congress.

There are serious problems in administering this type of program. The FEMA program website already warns of potential scams: “We've received reports of scammers offering to enroll you in the funeral assistance program. FEMA has not sent any such notices and we do not contact people prior to registering for assistance. ”

According to FEMA, the applicant must be a “US citizen, non-citizen, or qualified alien” who paid for the funeral expenses after January 20, 2020. In addition, the applicant must present a death certificate stating that the death occurred in the United States from conditions that "could have been caused or likely were the result of COVID-19."

If any other assistance has already been received — from money available to veterans, or funeral insurance, or some other program — the assistance "will be reduced by the amount of other assistance the applicant received for the same costs."

During the pandemic, some people set up online GoFundMe accounts to raise funds, asking strangers to help pay for the funeral. Local governments, nonprofits and churches are trying to help families pay their funeral bills in many parts of the country, and many will welcome help from the federal government.

“This is a well thought out program that will benefit many,” said Bryant Hightower, a Georgia-based funeral director who is a spokesman for the National Association of Funeral Homes. But he thinks it will be difficult to manage it. For example, when an applicant submits a funeral invoice marked “paid,” it is difficult to tell how FEMA officials will know if funeral insurance has been used to pay.

Most of those eligible have already paid the costs and must provide receipts and other documentation of what was paid for coffins or urns, burial sites, gravestones, ceremony and other expenses detailed by FEMA.

David Harrington, a Kenyon College economist who has studied the funeral industry, said the program is likely to end up making more money for rich families than poor families, at least for funerals from January 2020 to the present. Those with more money probably opted for a more expensive coffin and a more expensive headstone, and they have receipts to prove that they spent $ 9000 or more, and so can get the most out of the benefits. And receipts from a low-income family who choose a no-nonsense funeral will fetch a smaller government check.

Harrington said this could change after people learn about this benefit.

In the first weeks of the pandemic, many victims, especially in nursing homes, were suspected of dying from COVID-19, but testing was limited. In many cases, overwhelmed doctors and nurses were more concerned with caring for the living rather than checking for the dead. Therefore, many death certificates do not mention COVID-19.

Now, in order to receive compensation, many families may need to look for doctors or coroners to amend death certificates. It won't be easy.

Saida Dunston, executive director of Elmcor Youth and Adult Activities in New York, said people were forced to make difficult decisions when choosing whether to pay for funerals, pay rent, or buy school supplies for their children. Burying a loved one meant cutting back on grocery purchases and even queuing for food.

“People ran out of their savings or went into debt to cover the costs of the funeral,” Dunston said. "We must try our best to reach out to the people who need it the most to let them know it's available."