Home In the U.S. 95% US Baby Food Contains Toxic Substances: How to Protect Your Baby

95% US Baby Food Contains Toxic Substances: How to Protect Your Baby

A new study by experts found that 95% of US baby food contains toxic metals. Only 9 of the 168 tested baby food samples did not contain arsenic, lead, cadmium or mercury. 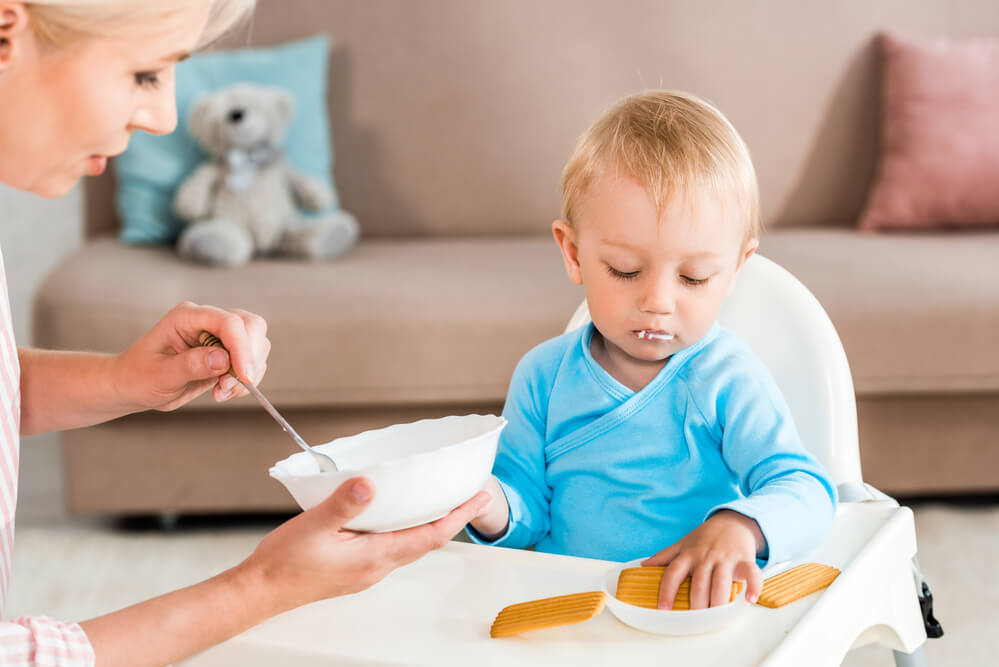 The authors of a study commissioned by Healthy Babies Bright Futures (HBBF) tested 168 baby food samples for four heavy metals: arsenic, lead, mercury, and cadmium. They found that 95% of the samples were contaminated with at least one of the heavy metals, and every fourth baby food sample contained all of these metals. Only 9 samples became an exception, writes NBC News.

The most dangerous foods include fruit juices, as well as rice-based dishes, including puff snacks and rice flakes, as this cereal absorbs arsenic (a common pesticide) especially efficiently as it grows. In 4 of 7 tested samples of children's rice flakes, inorganic arsenic was present, which is the most toxic form of metal. Its content in these products exceeded 100 parts per billion - the limit recommended by the Food and Drug Administration (FDA).

Sweet potatoes and carrots are also major sources of toxic substances due to the fact that they are root crops.

The tested products covered the 61 brand and 13 types of products, including baby food, teething cookies, cereals and fruit juices. They were chosen primarily by parents who volunteered with HBBF partner organizations. Parents were asked to buy products from the most common baby food brands at their local stores. Some products were purchased online.

On the subject: Contigo withdraws millions of baby water bottles due to choking hazard

Among metals, lead was found in 94% of baby food samples. It is followed by cadmium and arsenic, which were found in approximately 3 / 4 of the tested baby food, and mercury is less common and is found in less than 1 / 3 products.

All metals except mercury are known or probable carcinogens for humans. These are natural elements, and their frequent use in pesticides in the last century means that they still remain in the soil and fall into groundwater even decades after they were banned. These four metals are neurotoxic and pose a serious threat to brain development in healthy children.

Exposure to heavy metals can lead, for example, to a decrease in IQ. An analysis of the data, also commissioned by HBBF, showed that American children between the 0 and 24 months of age have already lost more than 11 million IQ points from exposure to arsenic and lead from food. 15 food products were responsible for more than half of this IQ loss, with only 20% rice-based products.

“Heavy metals affect neural connections,” said nurse Charlotte Brody, one of the authors of the report and national director of HBBF. “Everything we can do to lower these chemicals will give children a better chance of learning.”

Additional effects of exposure to heavy metals include attention deficit, and also affect learning and behavior.

According to Brody, one way to reduce exposure to heavy metals is to force the FDA to set strict rules. According to the report, for almost 90% of tested baby food, the Food and Drug Administration did not draw up guidelines or set standards for the maximum safe limit for heavy metals.

On the subject: Kindergartens in the US still use recalled cribs in which children die

“The FDA needs to do more,” Brody said. “The work of this department is to establish rules to ensure food safety.”

According to Brody, parents do not need to wait for his instructions to offer their children safer alternatives to products with a high risk of toxic metal contamination. You can choose snacks and cereals without rice, such as oatmeal and cereal. It is also important to try to provide children with a variety of vegetables on the menu, in addition to regular sweet potatoes and mashed carrots. Replacing teething cookies with frozen bananas is also a great option. HBBF says such alternatives contain on average 80% lower levels of metals.

“There are many things that we cannot protect our children from. Therefore, it is very important to give them more chances where we can, ”said Brody. “Reducing the level of these impacts is the only thing we can do.”

Our borsch: how the Russian Foreign Ministry used the Ukrainian dish for military propaganda of the Russian Federation

Domestic turtles provoked an outbreak of acute infections in 13 states

Israel and Russia printed artificial beef in space: plans for fish and rabbit