Home Our people 8 stereotypes about Russians in the USA

8 stereotypes about Russians in the USA

“We all think that Americans hate us,” - Russian Vadim Sovitsky, who lives in the States, revealed 8 of the most common, in his opinion, stereotypes of Americans about Russian people. 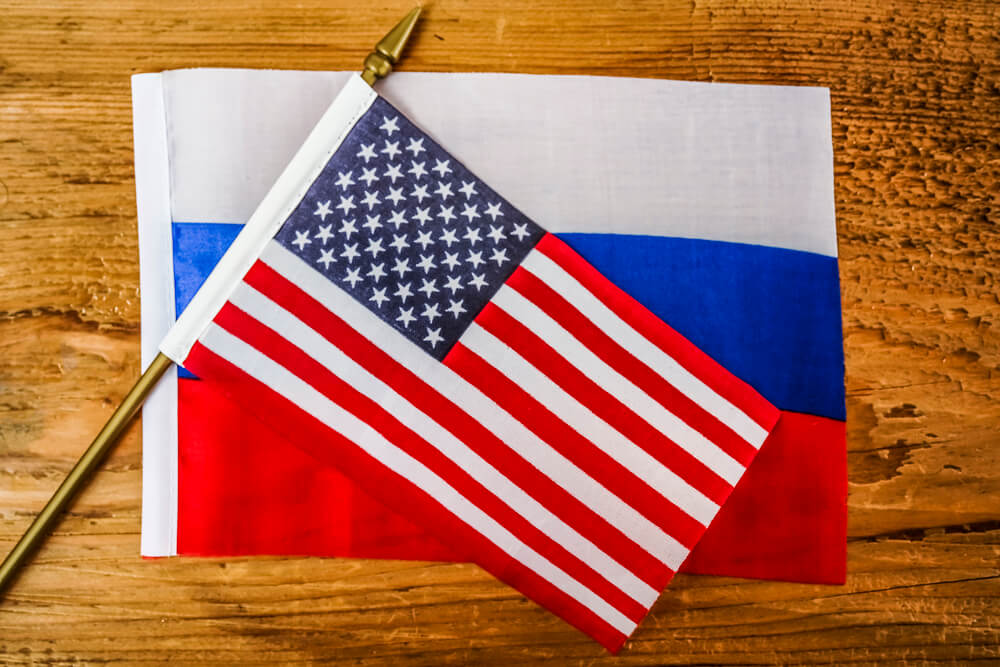 The first stereotype is the inhibition of the Russian people.writes Vadim for livejournal-Community "Open Russia". Surely you all watched American films about Russian people, and there usually our heroes are presented as very slow. Indeed, the Americans think that we are not that slow-witted, but the Russians speak very slowly, very calmly, very measuredly. Therefore, when I came and began to chatter, they were surprised and said: “Are you really Russian? Are you from Russia? Maybe you're not quite Russian after all? "

And when I said that I was completely Russian and had been living there since birth, they were very surprised, because they think that all Russians speak very slowly!

Second stereotype - all Russian communists. This stereotype came from the Soviet Union, and it was absolutely logical that such a stereotype existed in the 20th century, but in the second decade of the 21st century, I was very surprised to encounter it. Ordinary Americans are absolutely convinced that there are still no people with other political views in Russia. They expected that I would come in all red, that I would defend the ideology of Engels and Marx. And when I told them that I was more likely to have liberal views, it was a shock, I can't even convey how astonished they were. I told them that my family is not communists and even my grandparents who were born in the Soviet Union are not communists.

Americans did not believe me and said that this is some kind of nonsense! I had to get on Skype with my family, and they confirmed that they were not Communists, the Americans were just shocked.

Third stereotype - Russians can’t joke and never smile. This is often found in American films, and was expected from me the same behavior. According to them, if they tell me a joke, then I should take it with a straight face. And I myself was joking and laughing, because I like to joke and listen to a good joke (whom I have not met so much in America). The Americans had another surprise, how does this Russian joke and laugh ?! 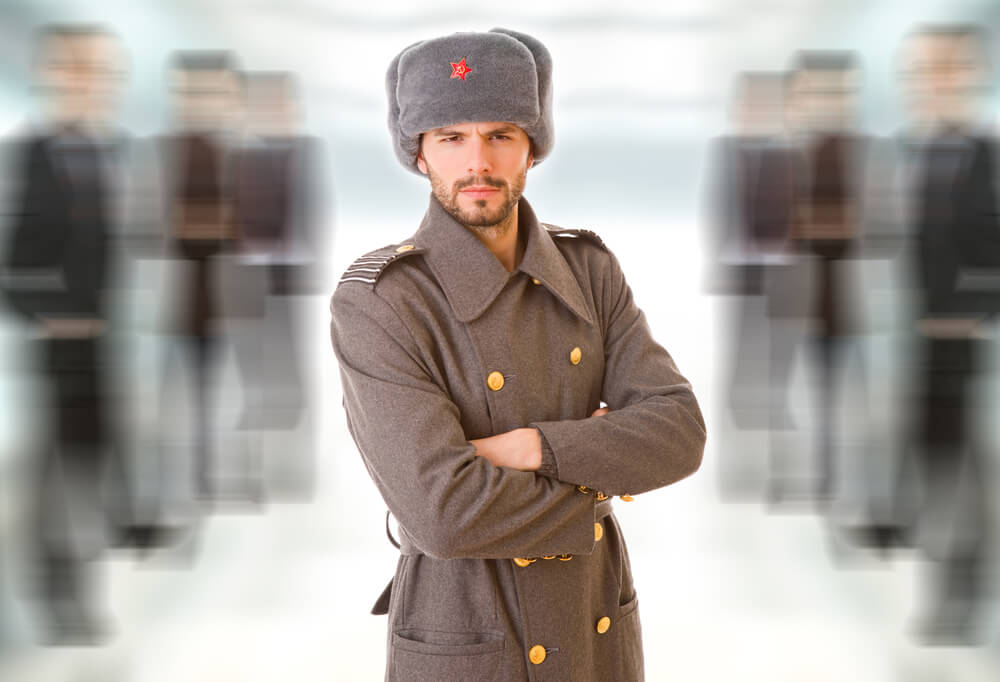 The fourth stereotype is that Russian people are very brave, brave and valiant. By the way, I have not met a single Russian coward in American films, so they are sure that we are very courageous. And even despite their attitude to the history of the Second World War (they believe that they won in the war), a stereotype about courage, valor and courage, about the heroism of the Russian people still exists. And brutality was expected from me, they constantly said that I was probably a very brave and brave man, since I was Russian. I even wanted to comply with something, they said it so seriously, it was very pleasant and catchy.

The fifth stereotype is that Russia is a very, very poor and undeveloped country. This stereotype is often manifested in relation to me. When I arrived, they started showing me iPhones, a computer, telling me that there was internet on it, for some reason explaining how they work, and they were waiting for a huge surprise from me. And when I told them that, in general, there is both the Internet and telephones in Russia, they just fell into shock. They represent Russia as some country of the fifth world, where people live in tents made of rags and wood, all people are very dirty and poor. Unpleasant stereotype, which means that in our information struggle with America, we lose.

If they have such an idea about Russia, then hardly any American will want to move to us, they do not even know that we live in general at the European level, if we talk about big cities. 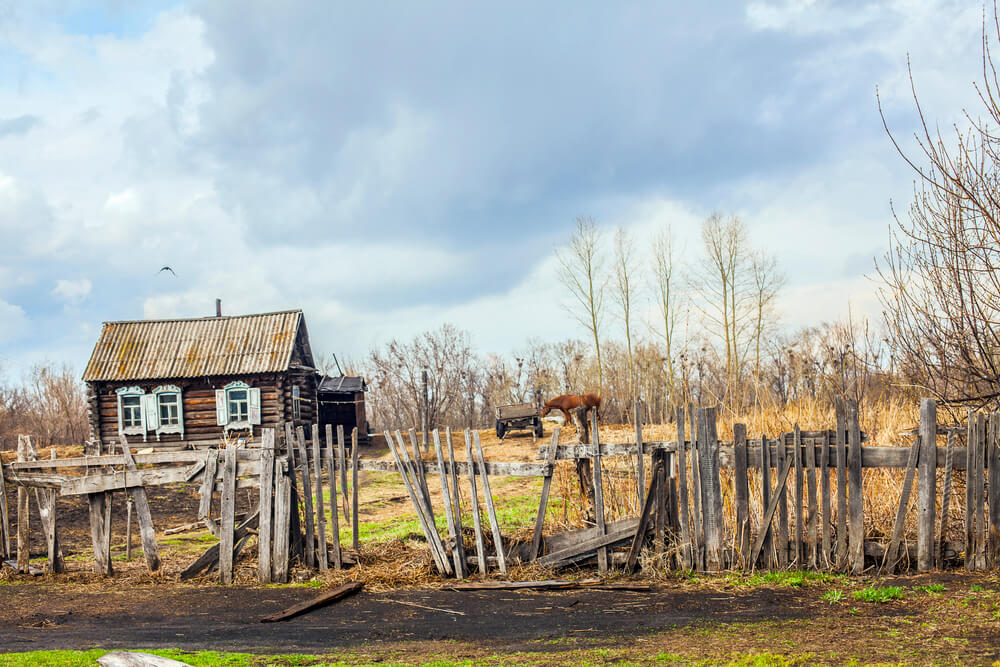 Sixth stereotype - Russians are very smart. Everyone expected that I would sit for days on some nuclear bomb designs, and when it turned out that I, too, could relax, spend some time not very intelligent, they were very surprised. The solution of the simplest quadratic equation became for Americans an indicator that I am a very smart person, and if something is more complicated, then the Nobel Prize can already be given.

Seventh stereotype - Russians do not know how people live abroad. This stereotype is connected with the fact that in the Soviet Union there was an iron curtain and then people really did not see life outside the USSR. I said that I traveled and was in a huge number of countries in Europe, that when I came to America, I did not break out of Russia, that I wasn’t pulled out of Russia with American fur seals, and I completely calmly and legally left Russia and calmly come back.

The Americans were simply shocked, they thought that until now Russia is an insanely closed country from which one cannot get out, and the Iron Curtain exists.

Eighth stereotype - in Russia, almost every person has a brilliant weapon, especially small. As you know, in our schools in Russia we are taught to assemble and disassemble a Kalashnikov assault rifle, and I also know how to do this. It happened so that in America in a circle in which American schoolchildren are being prepared for service in the army, I came across a mock Kalashnikov assault rifle and I showed the Americans how I disassemble and assemble the automat (4 times faster than they) Of course, they looked at me with fear and thought that if it were charged, I would have grabbed it and shot everyone. In general, they were convinced and decided that every baby in our country understands any machine gun and plays with it in childhood instead of pupae and typewriters. Well, let them fear!

Seven stereotypes about Americans that foreigners believe in

Memo to the Americans before traveling to Russia