Home Educational program Surprising phenomenon: 8 places on the planet where gravity does not work

Planet Earth lives according to the law of universal gravitation, which was discovered by Sir Isaac Newton. But there are gravitational anomalies where this law does not work: there a muffled car goes uphill by itself, a waterfall, contrary to logic, flows upward, and a multi-ton boulder keeps on top of a rock at an unrealistic slope: it sways, but does not fall down. Writes about it Adme.ru. 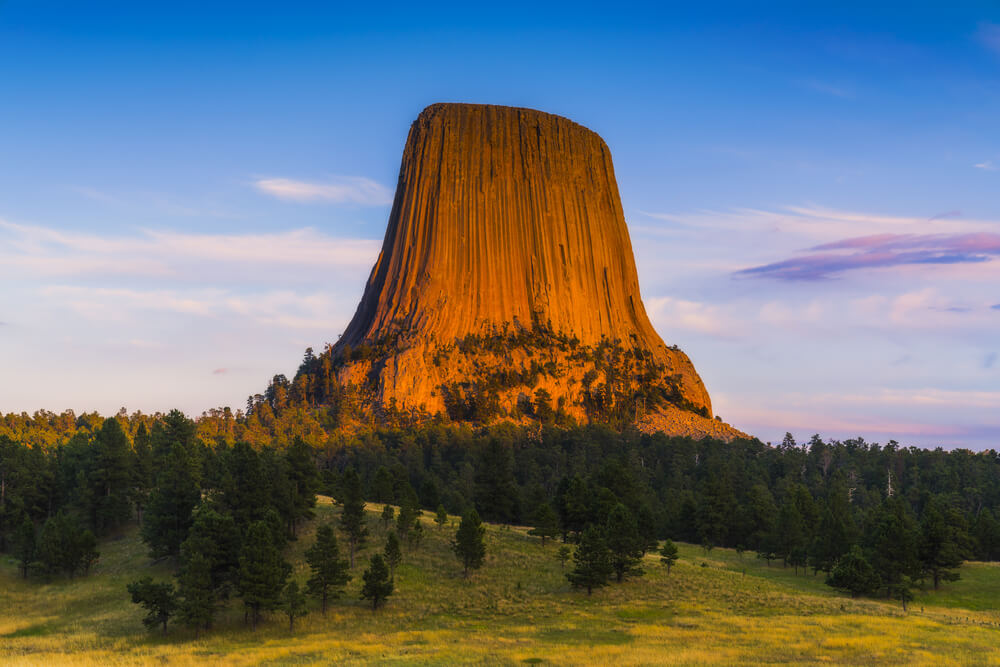 This waterfall near Hayfield city hits the sky, thus resembling a fountain. The secret of the "reverse waterfall" is in the wind: its powerful gusts pick up the water rushing down and direct the flow in the opposite direction. With a normal flow of water, the height of the waterfall is 24 m. Where does such a strong wind come from here, which is able to cope with the impressive weight of the water?

2. House of Mysteries in the USA, Oregon

In the deep forest stands a rickety hut built on the mystical Oregon crater. The Native Americans called this area the Forbidden Land - a place to be avoided. It is believed that there is a kind of spherical force field acting here, half of which is above ground level and half is below. This makes people experience reality differently. It is simply impossible to walk on the floor - it is imperative to cling to walls or poles, otherwise it blows away, as with a ship's roll. But the broom, on the contrary, stands rooted to the spot. You can rearrange it anywhere in the house, but this will not change anything - it will stand. In this mysterious place, balls roll upward on a completely straight surface. Swindle is out of the question: many tourists took a level with them to measure the slope.

3. The road at the foot of Mount Aragats in Armenia

There is a mountain in Armenia that boggles the imagination. Thousands of travelers come to her every year to witness an unusual anti-gravity phenomenon. If you turn off the car at the bottom, then the car itself will roll uphill. The river, which is nearby, complements the picture - it also flows upward. Many of those who have been there say that going up is much easier than going down.

4. Hoover Dam in the USA, Nevada

Climbing the dam with a height of 221 m, you can conduct an experiment: try to pour water from a bottle. The liquid will not flow down, as it usually happens, but will instantly fly up. The same will happen if you try to drop some light object from a height - it will be swiftly dragged into the sky by a powerful stream of air.

On the subject: 12 phenomena on our planet that even scientists cannot believe

The Devil's Tower is located in the middle of the completely flat Great Plains and is a monolith of volcanic origin. Perfectly shaped and sized, this nowhere rock formation is a major attraction in Wyoming and a desirable prey for climbers. It seems incredible that climbers who climb to a height of 8 thousand meters cannot conquer the Devil's Tower. Its height is only 386 m, but because of the sheer walls it is almost impossible to climb it. And it’s even more difficult to go back down.

Empty bottles and cans left on the road of Jeju Island will obediently slide uphill - tourists have checked this many times. And the resourceful authorities of the country quickly made this place attractive for tourists, even put up a sign indicating where the gravitational anomaly begins.

The stone covered with gold leaf seems to be ready to fall down at any second, but it has been standing still for 2 years. The height of the boulder together with the pagoda built on it is about 500 m. According to legend, the stone is held by a thread of the Buddha, which is walled up inside. The boulder is not fixed, and everyone can shake it, but for the entire time of its existence, even the elements could not throw it off the mountain. They say only a woman can do this. Therefore, women are prohibited from touching the shrine.

8. The Davasco stone in Argentina

And this huge boulder has lost the fight against gravity. A stone weighing more than 300 tons hung on the edge of the cliff for several millennia, but swayed slightly. The locals checked this - they put glass bottles on the base, and they burst. On February 29, 1912, the Davasco stone suddenly fell off a cliff. It was a real shock for the locals. And after 95 years, the townspeople restored the majestic stone - put a plastic copy in the same place. But its weight is much less - about 9 tons, and it is firmly fixed on the rock.