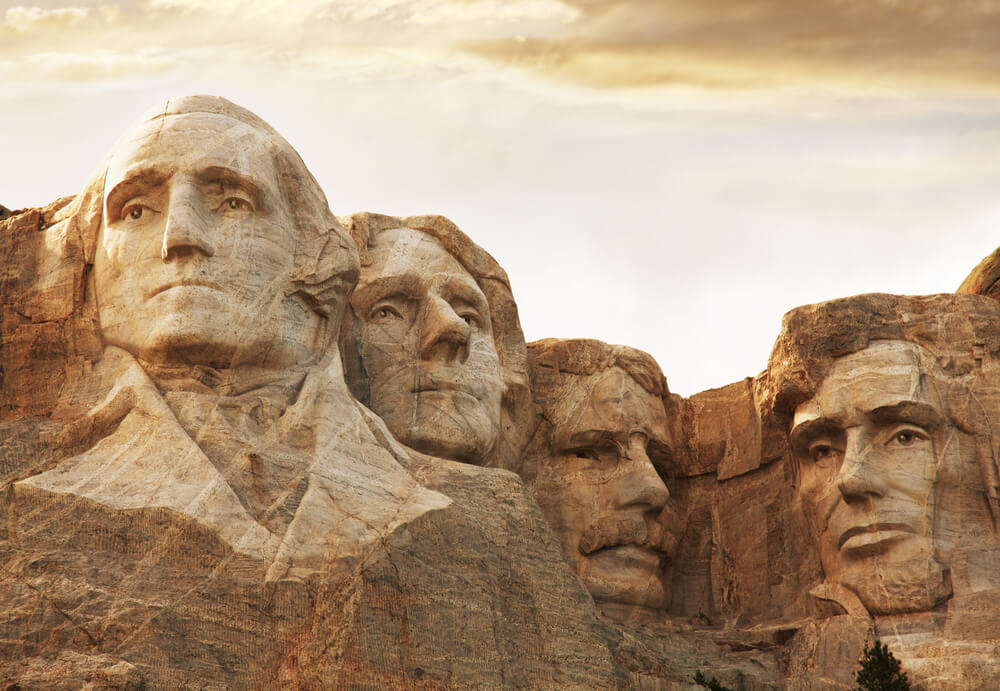 Honestly, before the first trip to the United States, America seemed to me to some extent a half-real country. That is, naturally, I knew that somewhere in the western hemisphere, on the other end of the planet, there is a state recognized as a superpower and exerting influence on the whole world. But the United States itself, for me, was only associated with images from Hollywood films, technological giants Google, Apple and Facebook, as well as hackneyed stamps. How life works here - I had little idea.

There have always been many myths around the United States. The states are too far away - you can't wave here, as in Europe, for a few days to wander the streets and gawk at the locals. At the same time, you need to understand that New York and, for example, the hinterland of Utah or Texas are 2 completely different America. For 2 years of living in California, I have developed my own idea of ​​the country. And based on it, I want to tell you what is true in common myths about America and what is not.

Myth 1. America is the land of victorious capitalism

Yes and no. Clearly, private property rules in the United States, competition is developed, all conditions for business development have been created, market movement determines supply and demand. But at the same time, in recent years, the ideas of socialism have become more and more popular. The unprecedented success of the outspoken socialist Bernie Sanders during the Democratic primaries is proof of this.

In the States there are already many social programs. If you earn a little, you will be provided with health insurance, free grocery cards, rent out housing at a significantly reduced cost, give baby food for free, give a grant for education, etc.

For many decades, refugees who came to the United States (including representatives of Jewish immigration, who were the only ones released by the USSR) could count on social assistance. People who arrived in old age, without having worked in the States for a day, could receive a pension here.

In addition, today's strongholds of capitalism are such leading IT giants as Google facebook and many other companies, large and small, organize their work according to the principle All Inclusive - a complete ration for workers is included. Almost like a Turkish hotel: you come to lunch, choose what you like from a variety of dishes, eat - and then make a breakthrough in information technology. I was especially touched by the free candy store in Facebook: you can choose any cake or ice cream to your taste and they will simply give it to you, you should not pay for anything. Well, straight communism in its purest form!

In more than 2 years of my life in California, I have seen really fat people here a couple of times. However, there are a lot of overweight people. This also contributes to a sedentary lifestyle (everyone mostly travels by car), and huge portions in restaurants where Americans like to eat, and the prevalence of fast food. However, many people still monitor their health, exercise in gyms and eat right.

Who has not heard the catchphrase of the humorist Zadornov about the Americans: “Well, they are stupid!”? It is now understood that the anti-American propaganda in it was much more than humor.

In fact, America has the largest number of Nobel laureates in the world - more than 350. For comparison, there are less than 30 in the USSR / Russia.

American universities are consistently in the tops of the best universities in the world. Thousands of advanced companies were founded in the USA and modern technologies were created. At the same time every tenth american can't read The paradox is that even if you have no education, but you have golden hands and you are ready to work physically (on the farm, in car repair shops, truckers, etc.), you will always earn yourself a comfortable life in America.

But this is not true at all. Not all food is delicious - yes. Well, it’s everywhere. In American McDonald's, for example, the food is terrible, but no one really eats there. But there is an unimaginable multitude of other, healthier and more delicious fast foods: Japanese, Chinese, Hawaiian, vegetarian, focused on healthy eating - anything at all. And what steaks are here! Real jam. Also in the States, I found bread that I have never tasted tastier. Fresh fruits and vegetables all year round. It is clear that in winter it is difficult to find a tomato or cucumber that would smell like it had just been picked from the garden. But there are many organic products, buying which, at least, you will be sure that you are not cramming the entire periodic table into yourself.

And yes - in America you can find any food. Lard, cottage cheese, buckwheat, kefir, liver, tongues and even candy Roshen - everything can be bought without any problems in Russian stores, which are often called "European" here.

Opinion journalism is very common in the United States, and the media often openly supports this or that political platform. For example, in the last presidential election edition The New York Times officially declared its support for Democratic candidate Hillary Clinton. Including CNNI know that the channel is loyal enough to the Democratic agenda and critical of Republicans and President Donald Trump. Opening the site of the liberal The Huffington Post, I understand that here they frankly love Barack and Michelle Obama and, accordingly, Hillary Clinton, and fiercely hate Trump. Accordingly, the selection of news and the angle of their presentation will be determined by just such a political position of the editorial office.

On a conservative channel Fox Newson the contrary, you can't wait for a good word for the Democrats, but the work of the Republicans and President Donald Trump is covered in a rather positive way here. At the same time, of course, there are no stories with “crucified boys” here, but the basic media predisposition to certain ideological, axiological and political guidelines is felt.

Myth 6. America is full of skyscrapers

In fact, this is not the case. In most large cities, skyscrapers are concentrated only in the center. In dormitory areas, suburbs and towns, you will see mainly the so-called "one-story America" ​​- private houses with their own plot. Americans have an irresistible desire in their blood to live in their own home. Many do not even want to live in townhouses - 2-3-storey houses that have 1 or 2 common walls with neighbors.

Myth 7. On dates everyone pays for himself

Everything here is very individual. Globally, a man still pays for a woman on a date. However, there may be nuances. If a woman insists that she wants to pay for herself, that is also absolutely normal. The main thing is that both of you are happy with any of these options.

Culinary happiness on wheels: how a Belarusian in Washington feeds Americans with Russian pancakes

Ten reasons to move to the USA

Moscow journalist about five years of life in Texas

“Do not think that everything is so rosy here”: Armenians about life in America

education in the USA