Home In the U.S. 545 migrant children lost their parents to family separation policies at the US border

According to the court's statement, lawyers were unable to contact the parents of 545 children who were separated from their parents by border officials between 2017 and 2018. Hundreds of parents could be deported without children, writes CNN. 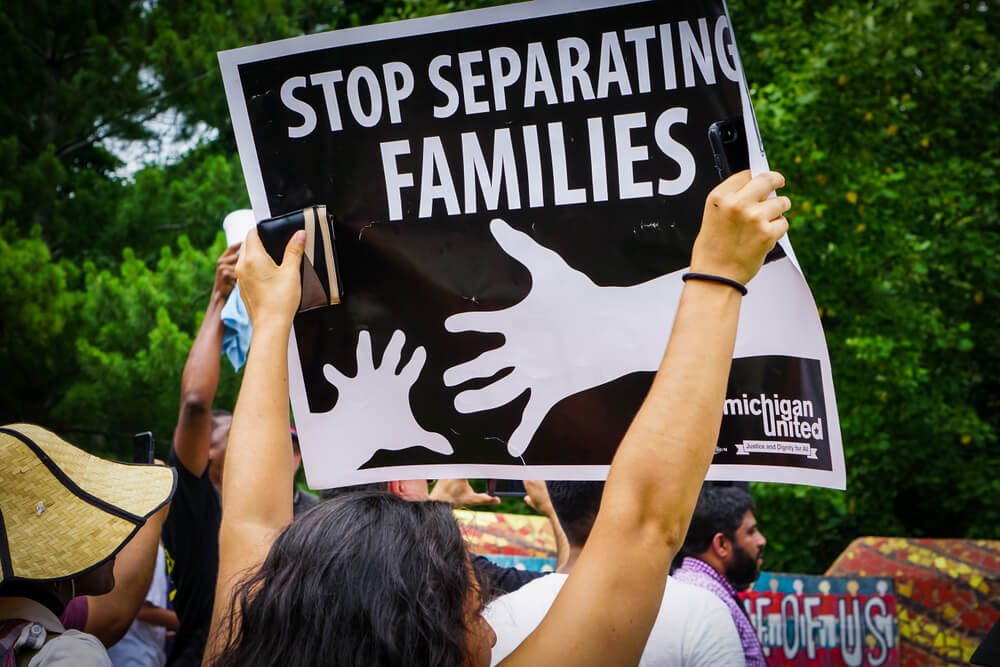 The statement by the Justice Department and the American Civil Liberties Union is part of an ongoing effort to identify and reunite families separated by the Trump administration, more than two years after the introduction of the zero-tolerance policy.

While a federal court ruling forced many of these families to merge, a government report released last year showed that thousands of families could still be divided, something that had not previously been recognized by officials.

A court-appointed “steering committee” attempted to locate these families. As of October 20, the committee tried to collect data on the families of 1030 children. According to court records, the committee was unable to contact the separated parents of 545 of them.

The statement states that "approximately two-thirds" of the parents were deported without children.

On the subject: 'Despair is everywhere': in the 2019 year in the USA, they were separated from their parents and 70 000 illegal children were detained

The children have previously been released from public care, and almost all of them are likely to be in the United States with sponsors.

The documentation says that while the coronavirus pandemic has hampered reunification efforts, lawyers have renewed efforts to find families for the children.

“Following suspension due to the COVID-19 pandemic, local searches for separated parents have resumed, where possible, in a manner that protects the health of staff working with the Steering Committee and members of vulnerable communities of separated families,” the application said.

“Even before the pandemic, it was quite difficult to find these families, but we will not stop until we find all of them,” said ACLU attorney Lee Gelernt. "Some of these children were separated several years ago, when they were still babies."

US authorities officially banned immigration to the communists