To expand your vocabulary, it is not enough to learn only words - it is important to know and stable expressions. They are easy to remember if you know the history of origin and sometimes literal meaning. Life hacker collected phrases that will surely make your speech richer and more interesting. 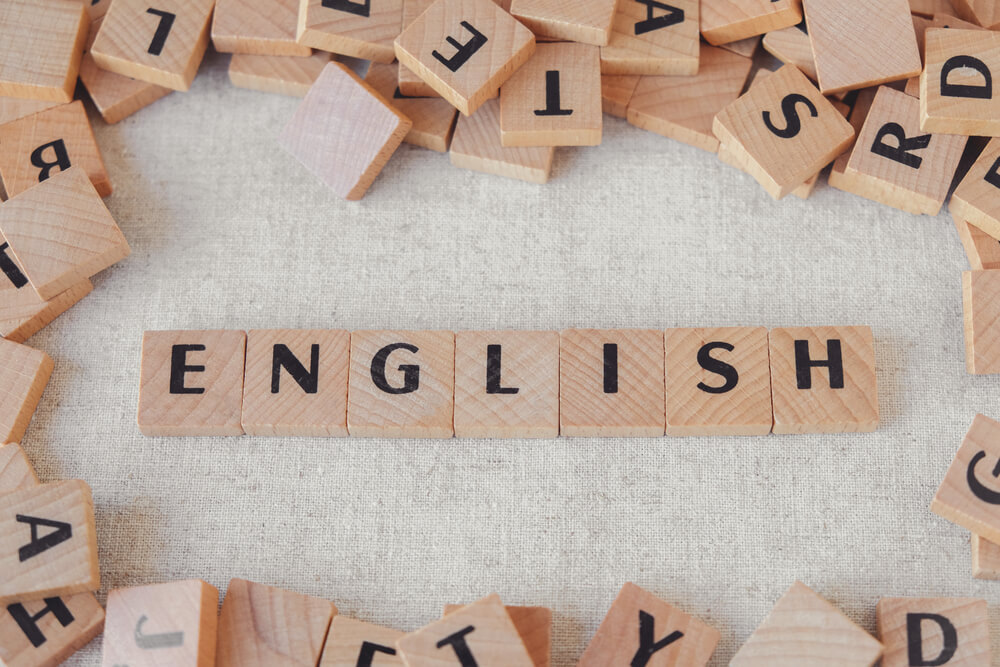 I will go bananas if I win a lottery!

No, nobody is going to spend all the winnings on fruit. This idiom in this case means that the speaker will literally go crazy with joy if he breaks the bank. He will go to the roof, he will fly off the coils and will move in phase.

2. To cut the cheese

My whole family was having dinner.

And again, deceived expectations. Cheese here and does not smell. Grandfather just what is called, succumbed gazku. This is how this charming phrase is translated.

During a happy hour, all drinks are only $ 2 each.

I think you coped with this task, the benefit is pretty obvious. Happy hour is the so-called happy hour, when bars and restaurants offer food and drinks with a decent discount.

4. To feel a bit under the weather

I’m not a bit under the weather today.

What happened to the storytelling hero? Weather sensitivity overcame? Quite possible. Or caught a cold, for example. Whatever happens to him, this turn means one thing: he feels not to be completely healthy.

- Does your boyfriend ever bring you flowers?
- Once in a blue moon.

The blue moon appears in the sky approximately in those days when cancer whistles on the mountain. That is very rare or never. The event referred to in the proposal will also occur with the same probability. Most likely, the girl will not wait for the flowers from her beau.

I told you what he wanted to do.

The insulting situation turned out: a cunning classmate attributed your services to himself. To steal someone's thunder is a rather strange expression, which is unlikely to be understood in context. Just memorize it.

7. To beat around the bush

If you want to ask me something, just ask, stop beating around the bush.

If someone turns to you with such a request, it means that it’s time to stop shirking and dodging the topic of conversation. Ask right about what interests you, stop walking around.

Because it’s “a political hot potato”.

So they say about the actual event that captured the minds of the masses and is widely discussed. One “but”: this is usually a rather controversial issue, so it’s worth being skeptical. Just like a citizen from an example given as a sentence: he does not want to discuss a controversial topic because of its ambiguity.

9. Barking up the wrong tree

I’ve been barking up the wrong tree.

Peter is definitely in trouble. Half an hour struggled with the task, but in the end it turned out that all this time he was going on the wrong path. If you find this expression, know: it means that someone is mistaken.

But it is not a problem.

This turn confuses anyone. Mustard? Mustard? What does it have to do with it? We have no explanation for this, but to cut the mustard means “live up to expectations” or “meet expectations”.

Tom is a tough cookie. If you are not happy with something.

Tom is a cool type, a real toughie. If you try to translate the phrase verbatim and keep the analogy with the cookies, the guy in question is a real cracker - it’s not so easy to deal with it.

Since he lost his job, Nicholas has become a couch potato.

If you think about vegetables, you are on the right track. The expression describes just such a “vegetable” person who is lying on the sofa for days on end and watches TV. Nicholas, stop immediately!

13. To burn the midnight oil

It was a very hard assignment.

At a time when electric lighting did not exist, it was necessary to work at night by the light of kerosene lamps. From here and this expression meaning "to stay up late".

She has a controlling personality.

Do not worry, no nose was hurt. “Getting straight into the apple” is an approximate analogue of this idiom in Russian.

It was the last straw.

Here there is a reference to the parable of the hardy camel, to whom the last straw broke its back. Russian analogue of the expression - "the last drop." Linda's cup of patience is overflowing, now her brother will not be good.

Do you want to know why she left me? Well, I have no idea. Your guess is as good as mine.

So, well, why did the girl leave the guy? We have no options, no idea. But we know how this turnover is translated - see the previous sentence.

I have a sweet tooth and I always crave chocolate.

Logically: who can have a sweet tooth? Of course, the one who loves all sorts of goodies - in this case chocolate. "Sweet tooth" - this is how this phrase is translated.

If you lend him money you shouldn’t

A rare case for idioms - even if you translate this expression verbatim, its meaning will still be preserved. Cordially say goodbye to the fact that you are going to lend to an unreliable borrower - you will no longer see your money or things.

Meaning: go straight to the point.

This expression has a very interesting history. Cut is an assembly gluing together at the cinema (transition from one frame to another), chase is the chase (for example, cops after a criminal). In the past, the most interesting part of the movie was the chase, but inexperienced screenwriters inserted too many boring dialogues into the tape that had little effect on the plot. Later, the producers watched the tape and said: “This part is too boring. Let's cut it and go straight to the chase. ” So the expression cut to the chase and stuck in the language.

Meaning: the one who gives unsolicited advice.

Sometimes people in the back seat of a car start giving advice to the driver, who not only help him, but, on the contrary, annoy him. In modern English, this expression is used both literally and figuratively.

This can't be true. You must be pulling my leg! - Can not be. You're kidding me!

Meaning: make fun of someone, play someone.

In the 18th century in England, the streets were very dirty, so at that time such a joke was extremely popular: someone took a cane or a stick with a hook, put a footboard on another person, and he fell face down in the dirt. Literally, this expression translates as "pull someone by the leg."

22. So much for something

Meaning: that's all; something went wrong, as intended.

Usually, this expression is used to express frustration about a situation that has developed differently than was intended.

This expression is the equivalent of the Russian “yes, right now,” or “aha, ran away,” that is, a sarcastic answer to some kind of request.

Meaning: do not worry, very easy.

This idiom is a kind of synonym for piece of cake. The word sweat translates as "sweat." The expression is used when they talk about something light (this can be done without sweating at all). Also, the phrase is sometimes used as an informal response to “Thank you!”.

Let's go out together! We'll go Dutch if you want. - Let's go on a date! If you want, we pay equally.

Meaning: pay for yourself.

In the US, for example, when a couple goes on a date, often everyone pays for himself, and this is considered polite and correct. The expression itself comes from the so-called Dutch doors (Dutch - "Dutch"), which are divided into two identical parts.

Alright, let's call it a day. - Enough for today.

This expression is often used at work in the sense of "enough for today, let's finish."

The comparison is very simple: as the train goes off the rails from its normal path, so does the person go crazy.