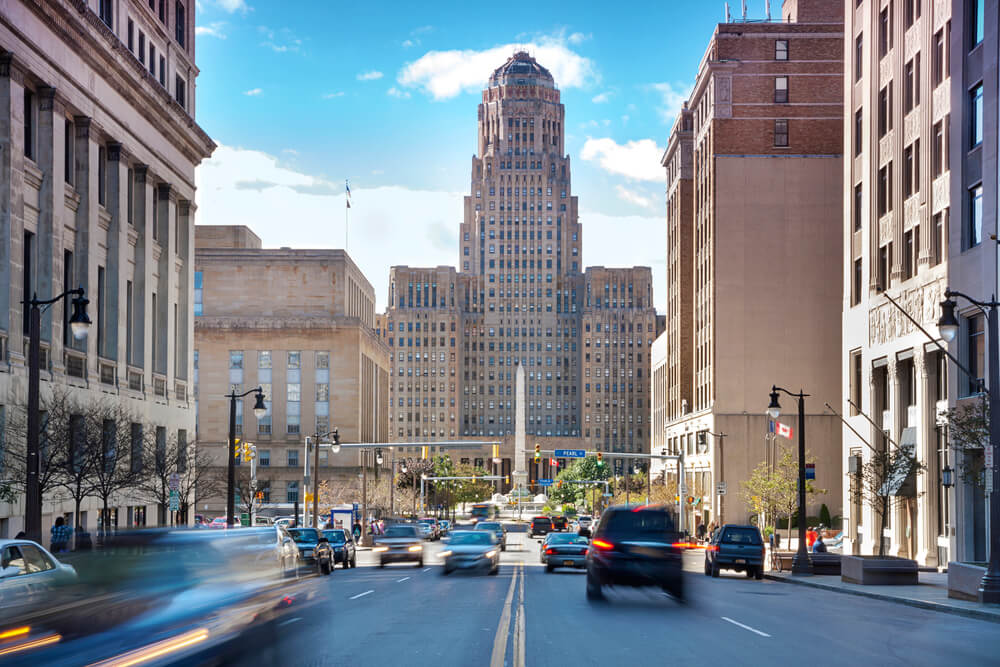 Many travelers who are looking for unpopular places of tourism unfairly lose sight of amazing cities in 20, claims Travel + Leisure.

The publication asked readers to talk about the cities where they grew up and made a rating. Readers rated their cities according to a number of indicators: from the quality of the pizza to the level of friendliness of the locals. They also had to assess how underestimated their city was and whether it was worth visiting.

There are great restaurants in Louisville and there are distilleries. Fine art is also well developed here. Locals recommend visiting the hotel 21C Museum and the Kentucky Museum of Arts and Crafts.

Locals believe that their city is not spoiled by the attention and there is something to do here except to hide from the heat. In Phoenix, there are museums that contain rich collections of art, for example, the Heard Museum, which presents dolls Hopi kachina.

When readers were asked if Columbus was an underrated place in Ohio, one of the readers wrote: “I think this is probably not true, but I have never seen it in ratings Travel + Leisure ... " Congratulations, Columbus. Now you are in the T + L rating.

Among travelers, Detroit enjoys a bad reputation, but locals claim that the city has changed a long time ago. In Detroit, new boutique hotels, restaurants that have opened celebrities, and unconventional art objects, such as the project in Heidelberg, have appeared.

Residents of Tucson complained that little attention was paid to the city. There are excellent coffee shops and production of craft beer.

Locals believe that this is an ideal place for a short weekend getaway, thanks to the rich collections of museums and music halls.

Many Philadelphians believe that the City of Brotherly Love lives in the shadow of New York and Washington DC. But even tourists from these competing cities will not be disappointed with the incredible restaurants, historical museums and monuments of Philadelphia.

“You really don't hear anything about Greenville outside of this area, which is unfortunate as there is so much to do here,” said one reader. Another reader agreed with him, noting that the city is small and quiet due to the lack of attention.

About Pittsburgh, tourists formed the opinion that the city is “covered with rust” and there is nothing to do there. Locals claim that many decent hotels, boutiques and restaurants have opened in the city.

Many residents of Fort Worth sadly noted that their city is "second fiddle" in Dallas. "Dallas outshines Fort Worth, but the smell, history and soul of Texas is in Fort Worth," said one reader.

Locals believe that tourists do not like to visit their city because of the harsh winters. “People think that this is the Russian front. But thanks to the winters, you can play great hockey here, do different kinds of winter sports and visit the seasonal beer festival, ”the readers said.

Locals say that in Kansas City they cook delicious fried beans in Odddly correct and excellent barbecue, and there are interesting places to relax, for example, Urban Provisions.

If you are looking for a city in the south of the country where there are no crowds of tourists, then pay attention to Birmingham. There are many green areas and suburban areas where you can relax. Do not forget to visit Red mountain park.

Rochester is a secret place in New York. This place is well suited for weekend trips. There are museums, restaurants, galleries, public markets, wineries where you can try excellent Riesling.

Locals believe that Milwaukee is unduly deprived of the attention of tourists. The city has many attractions: festivals, breweries, museums and multicultural restaurants.

Have you heard of Grand Rapids? Locals say there are hip restaurants, excellent craft breweries where you can try the Michigan cherry IPA in Perrine, and several museums.

In Cleveland there are famous sights like (Cleveland's game of Indians Progressive field and the Rock and Roll Hall of Fame) and modern restaurants (barbecue on Mabel's and Saucy Brew Works). There are many cycling and walking paths.

In Indianapolis can be cheap and fun to relax. Local argue that there is a tasty beer and enough cultural events.

Residents of Buffalo believe that tourists in vain overlook their city. Buffalo has a world-class architecture, for example, seven projects by architect Frank Lloyd Wright. Locals say it’s worth staying in the city, and not just stopping on the way to Niagara Falls.

Norfolk was named the most beloved city of America. He also ranked the T + L rating of "50 best places to travel in 2017 year." Norfolk has many artistic attractions, modern restaurants and breweries.

Maternity Tourism in Los Angeles: Who Rides and How Much Pays

How to volunteer to go on an archaeological expedition

Geographical disgraces in America, or what we know about the US

What questions can you ask at the border, if you often fly to the USA