Home Educational program 20 years of selection and $ 10 million: bred apples that can be stored for up to 12 months

20 years of selection and $ 10 million: bred apples that can be stored for up to 12 months

The new apple variety, which is said to be kept in the refrigerator for up to a year, went on sale in the United States. His selection took about 20 years. Writes about this with the BBC. 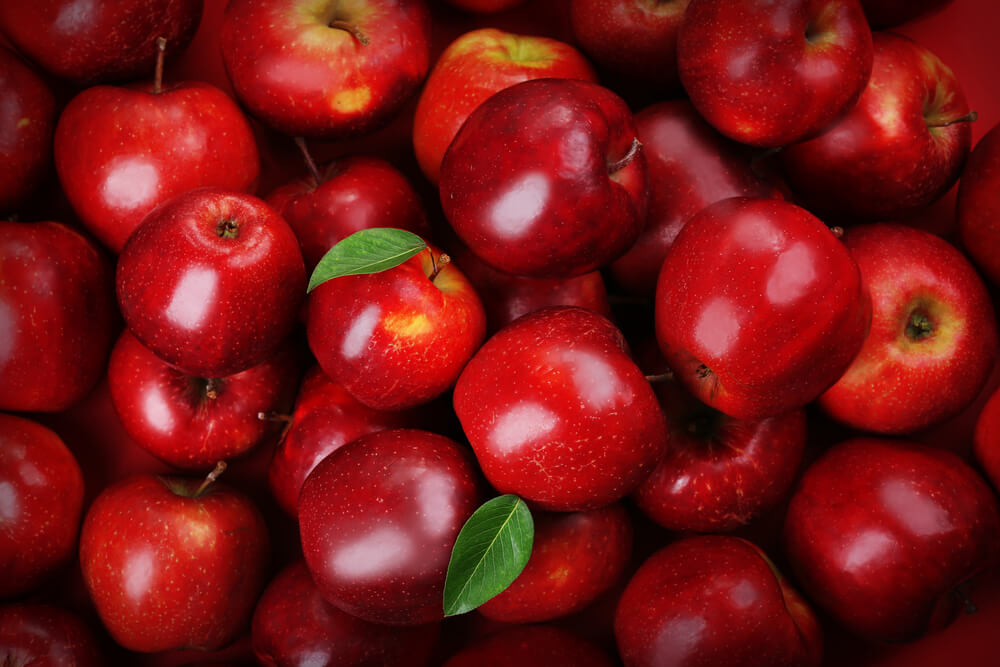 A variety called Cosmic Crisp is a hybrid of Honeycrisp and Enterprise. It was first introduced by scientists at the University of Washington in the 1997 year.

Commercial production of this variety of crunchy and juicy apples cost 10 million dollars.

Washington state farmers received the exclusive right to grow this variety over the next 10 years.

“This is an ultra-crunchy, fairly firm and juicy apple with a sweet and sour taste,” says Keith Evans, who led the plant's breeding program at the State University.

According to her, the flesh of these apples browns very slowly. They retain their excellent taste when stored in the refrigerator for 10-12 months.

Now the state has planted more than 12 million apple trees of this variety, and a strict licensing system does not allow it to grow outside of Washington.

The variety was originally known as WA38, and the name Cosmic Crisp appeared due to the large number of white spots on the surface of the apple resembling a starry sky.

Washington State is the largest apple producer in the United States, but the most popular varieties grown here - Golden Delicious and Red Delicious - face stiff competition from other varieties - Pink Lady and Royal Gala.

Apples are the second largest fruit in the United States. They are second only to bananas.

The world's most expensive food: Xnumx products that cost a fortune

'It's awful': how residents escaped toxic air in wildfire California

Postmen are often shot at in Chicago: they threatened to stop work

'Lyudk, and Lyudk!': As the star of the film 'Love and Doves' nursed other people's children in immigration and found love

'Almost does not get out of bed': the state of health of Edita Piekha deteriorated greatly

How Prince Harry lives in the USA: visa, surname, right to own a house

Officially: Natalia Vodianova showed photos and videos from her wedding in Paris