Home In the U.S. 20 US cities where it’s easy to find high-paying technology jobs

If you are developing your career in one of the STEM professions - science, technology, engineering and mathematics - you might think that in America such specialists are sought only in Silicon Valley. But recent research GOBankingRates showed that high-paying jobs in technology companies are available throughout the country (if you know where to look).

The publication identified 20 top cities in the US, ranked by the highest percentage of jobs in the STEM area, which pay more than 80 000 dollars per year, along with the average annual salary in these jobs.

In Greater Philadelphia, 5,62% of professions are jobs in the STEM system with more than 80 000 dollars paid per year. Major employers are universities and training hospitals such as the University of Pennsylvania Health System, Thomas Jefferson University Hospital, and Temple University Health System. Cable TV provider Comcast is also a major employer in the area.

At HN, 6,26% of the positions are held at STEM with a salary of 80 000 dollars per year or more. The main employers in the Hartford area are technology giant United Technologies, medical insurers Aetna and Cigna, and telecommunications companies specializing in charter communications and financial services such as The Hartford and Synchrony Financial.

This city may not be the first place you think of in the context of tech jobs. However, 6,3% of all jobs in the region are STEM jobs with salaries of $ 80 or more. The Trenton area is home to the major research University of Rutgers and the pharmaceutical mega-corporation Johnson & Johnson.

There are many large employers in Minneapolis with job openings in STEM areas. These include Mayo Clinic, University of Minnesota, UnitedHealth Group, 3M Co. and US Bancorp. In the Greater Minneapolis area of ​​6,37,% of jobs are held by positions in STEM, which pay 80 000 and more than a year.

Tech companies found their way to the Pacific Northwest and provided job opportunities in Portland - now called the "Silicon Forest." 6,4% of jobs in the city are in STEM paying $ 80 or more per year. Technology companies operating in Portland include Google, Intel, Oracle, eBay, Airbnb, Salesforce, and many more.

High-tech companies have found affordable land here for the construction of large factories. Among them: Foxconn, the world's largest electronics manufacturer, which opened a manufacturing enterprise; Bluehole Korean gaming company, which opened its first US gaming studio in Madison; Epic Systems is a medical records technology company that is the largest private-sector employer. The total number of STEM jobs in Madison that pay 80 000 dollars a year or more is 25 200, or 6,43%, of the total, although the average salary is the lowest among these 20 cities.

As in many areas where STEM has a high concentration of jobs, Baltimore has major training and research hospitals, including John Hopkins and the University of Maryland. Other medical companies in the area include MedStar Health, Lifebridge Health, and the Kennedy Krieger Institute, which provides medical services to children with disabilities. Overall, 6,77% of jobs in the Baltimore area are STEM jobs with 80 000 salaries and more than dollars.

Given the amount of technology that most cars use these days, it is not surprising that Detroit has a lot of jobs at STEM. But not all of the 142 000 positions in Detroit are in the automotive field. Ambassador, a referral marketing software company, was founded in Detroit. Rocket Fiber, a high-speed Internet provider; Technological Training Institute Grand Circus; Detroit Labs application developer - everyone calls the City of Motors their home. 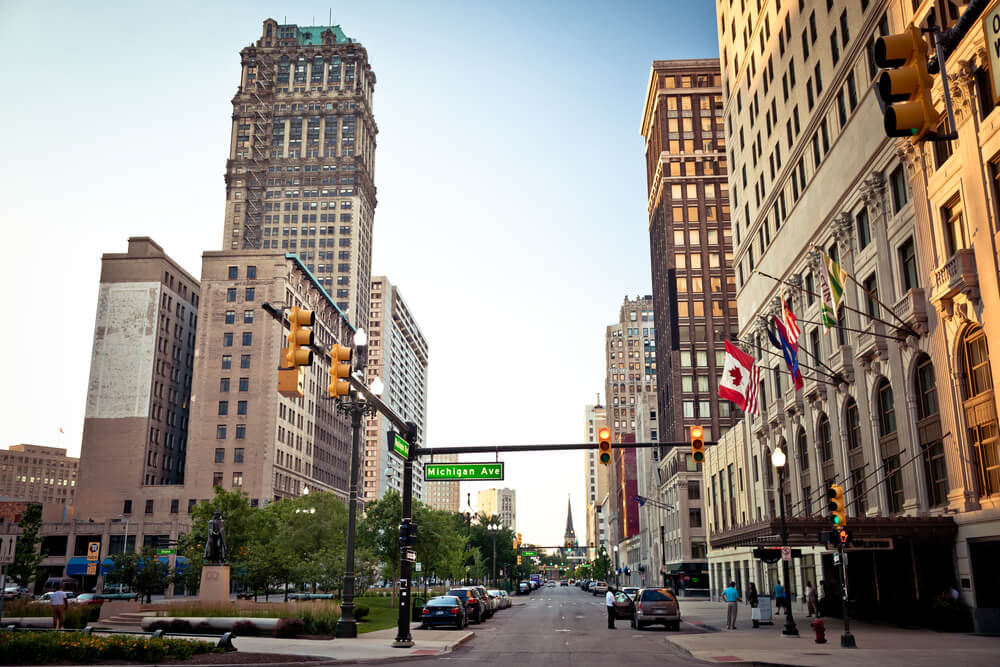 Like Detroit, Palm Bay has 7,2% STEM professions that generate 80 000 earnings or more than dollars per year. This region is home to the Cape Canaveral Air Force Station and 45 Space Wing at Patrick Air Force Base. Companies such as URS Corporation, Lockheed Martin Space Systems and Northrop Grumman Corp. work here. They all need STEM employees - this is essentially rocket science.

There are more than 1200 science companies and 80 research institutes in the San Diego area, making it the center for STEM's careers. Research Institute Scripps, Medical Research Institute. Sanford Burnham Prebis, Eli Lilly, GlaxoSmithKline and Pfizer offer STEM jobs. In general, in San Diego their 105 560, the salary is more than 80 000 dollars.

STEM jobs in Austin with salaries of more than 80 000 dollars make up 7,85% of the total, or 80 760 jobs. Dell, 3M Co., Apple, Google, AMD, Blizzard Entertainment, Cisco Systems, Samsung Group, Oracle Corporation, and Hewlett-Packard are just a few of the companies in Austin. No wonder this place is called Silicon Hills.

The Research Triangle Park in Raleigh has long been a technology center and remains so to this day. Duke University and the Health System, North Carolina State University, IBM Corporation, WakeMed Health 7 hospitals, Cisco System, SAS Institute and other healthcare, technology and financial services companies are joining together to provide high-paying jobs at STEM. They constitute 7,9% of all professions in this field.

Boston has long been a technology center, but many of STEM's largest employers are not technology companies at all. The city has major hospitals such as Brigham and Women's Hospital, Massachusetts General Hospital and Boston Children's Hospital. Universities such as MIT and Harvard have jobs at STEM, as well as Dell EMC, Thermo Fisher, and Boston Scientific. In Boston, 9% of professions are STEM jobs that pay more than 80 000 dollars a year.

Located near Raleigh, Durham-based companies have many opportunities for STEM professionals - in fact, 9,37% of all high-wage jobs. Companies and organizations like the Research Triangle Institute, Blue Cross & Blue Shield of North Carolina, Fidelity Investments, IBM, and GlaxoSmithKline offer many STEM jobs.

Seattle has long been a technology mecca, and the expansion of Silicon Valley companies into the region has only increased its popularity. The city has 9,64% of STEM jobs that pay more than 80 000 dollars a year. Major employers are Boeing, Microsoft, Amazon, and Joint Base Lewis-McChord.

The capital of the country offers the highest average annual salary for jobs in STEM - and this is 10,38%, or 325 250 jobs. The federal government is hiring many positions at STEM, but other major employers are also looking for employees, including Lockheed Martin, Verizon Communications, MedStar Health and Comcast. 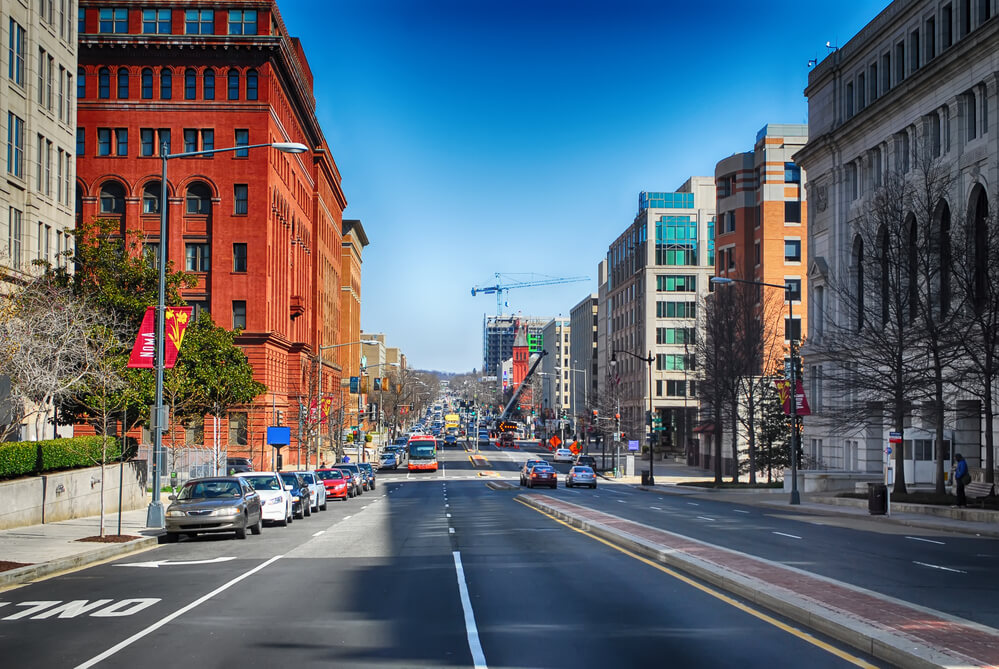 STEM's average salary for STEM jobs is the second largest after Washington in this area with a much lower cost of living. STEM jobs in Boulder with payouts over 80 000 per year are 13,1% and are available at companies such as Medtronic, Ball Aerospace, Qualcomm, Northrop Grumman, Google and IBM.

The Redstone Arsenal is located in Huntsville. It includes missile program facilities operated by the US Army. A nearby Space Launch program is working on a manned mission to Mars for NASA. The area also includes the Cummings Research Park, which is rented by Boeing, Raytheon, General Dynamics, United Technologies, IBM, AT&T and many more.

An area with most STEM jobs that pays well. 22,91% of professions here belong to STEM with payment above 80 000 dollars per year. The Patuxent River Naval Station and related companies such as Lockheed Martin, BAE System, Northrop Grumman, Boeing and General Dynamics are located in the area.

Tuition - after you go to work: how immigrants can get a sought-after profession in the USA

20 professions with the fastest growing salaries

How To Improve Your Odds Of Getting A Job: Xnumx Effective Ways