Home Page In the U.S. 20 American dishes everyone should try

20 American dishes everyone should try

Americans, as you know, love to experiment with products and try to cook tasty, satisfying and fast, recalls Pikabu. Rough Guides Travel Magazine asked what kind of food is popular in different states and made a list of food and drinks that everyone should try. 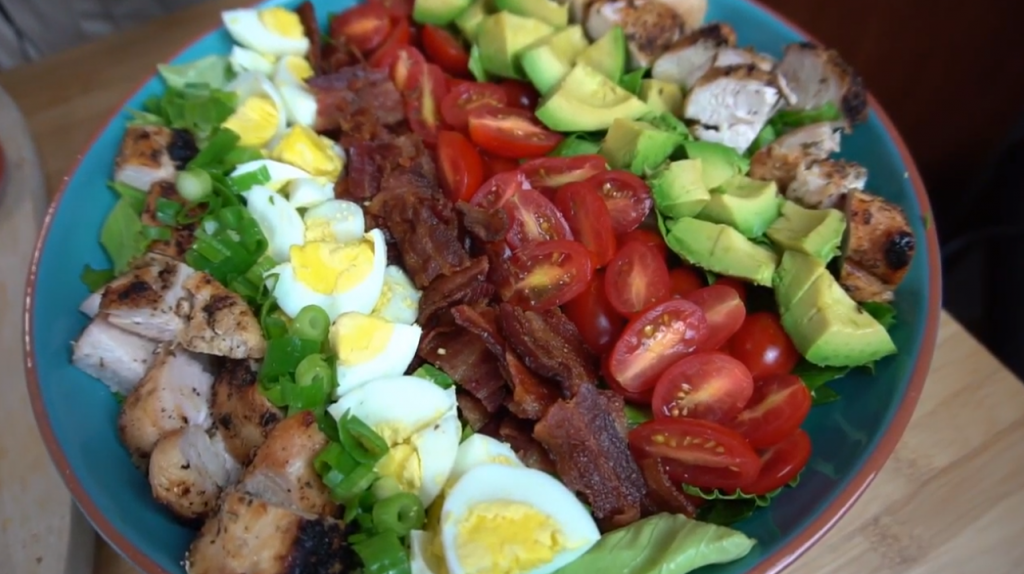 Cobb salad was first prepared in the late 30s of the XX century by the owner of the Hollywood company Brown Derby with a very catchy name Bob Cobb. Every evening, he made a mixture of lettuce, tomatoes, chicken, avocado, hard-boiled eggs, bacon and cheese for dinner. Today, this salad in various variations is included in the menu of many restaurants around the world.

The idea of ​​cooking not fully baked pizza originated in Britain. The pizza cooked in Chicago is made using the same technology, but completely different. Corn bread is fried in olive oil until half-cooked, and then cheese, tomato sauce, meat or other types of fillers are spread on it. You can try the famous pizza in many restaurants in Chicago. 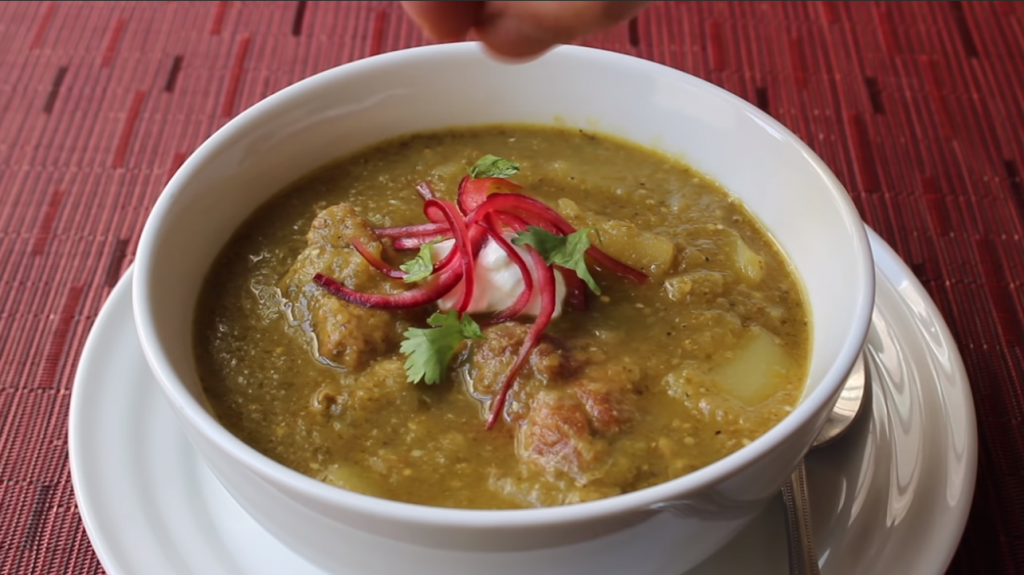 The best way to experience New Mexico culture is to try green chili peppers. It is grown and cooked throughout the state. In addition to the main ingredient - fresh pepper - tomatoes, potatoes, garlic and beef or pork are added to the dish. 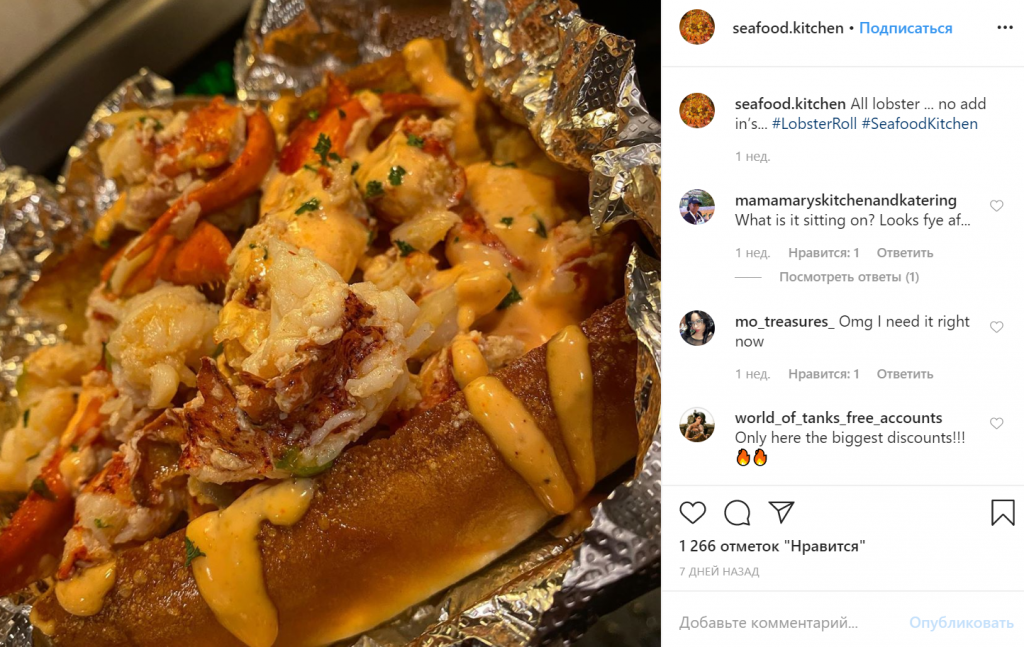 Making the perfect lobster roll is an art. Roll rolls can be fried, steamed or baked in the oven. Mayonnaise may be replaced with melted butter. Finally, there is a choice, tail or claws of lobster to take for cooking. But no matter what you choose, this sandwich will perfectly brighten up a summer evening on the Atlantic coast. 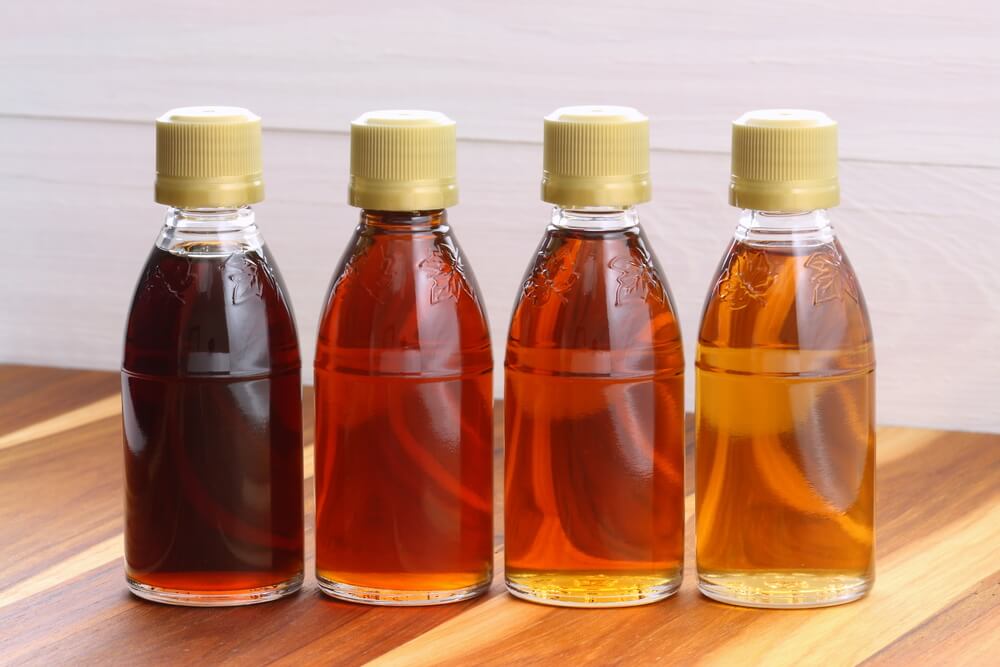 Canada can claim its use of maple leaf in the emblem, but it is in Vermont, and not in Canada, that one of the best types of maple syrup is produced. Vermont is the largest producer of syrup in the United States, and in general, about 5% of syrup is made here worldwide. If you arrive in this state in March, you will likely be able to see how they collect juice for syrup from 100-year-old maple trees. There is no sense in describing its taste - just try it. 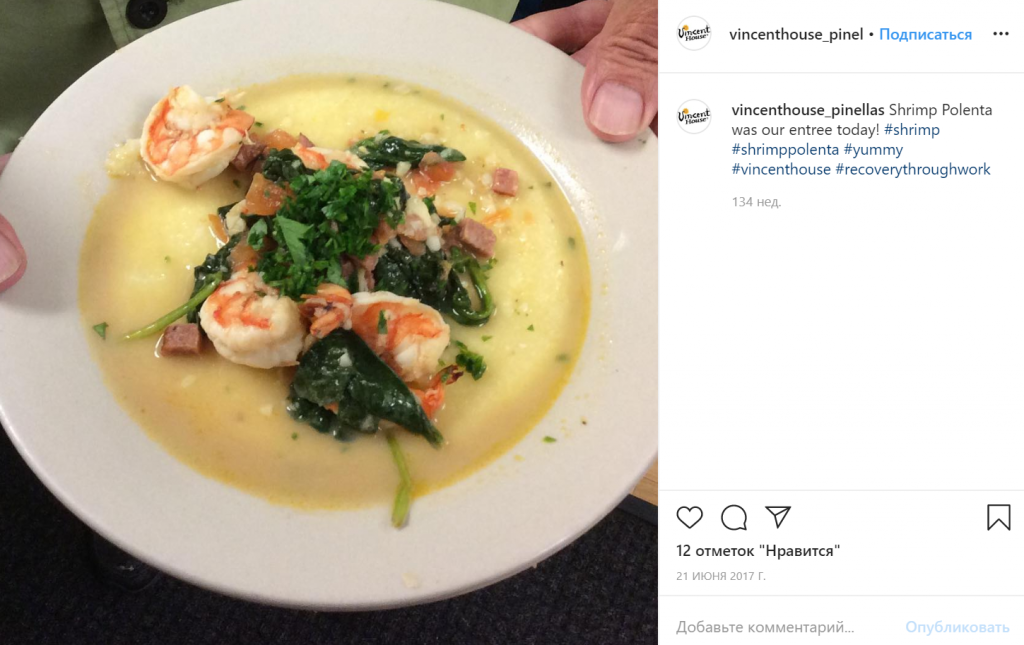 Every spring, an international cornmeal festival is held in South Carolina, which is rightly considered the foundation of the state’s cuisine. Shrimp corn porridge, which is usually served for breakfast, is mandatory at this festival. Porridge is usually cooked in milk, and then butter and seafood are added to it. Despite the fact that bourbon can be produced throughout the United States, about 95% of this drink is made in the "bluegrass state" - Kentucky. Corn whiskey, also known as the “American Spirit,” was actually named after Kentucky's Bourbon County. The drink has been produced here for more than two centuries. Today, this drink is known worldwide, and millions are coming to Kentucky to buy it. 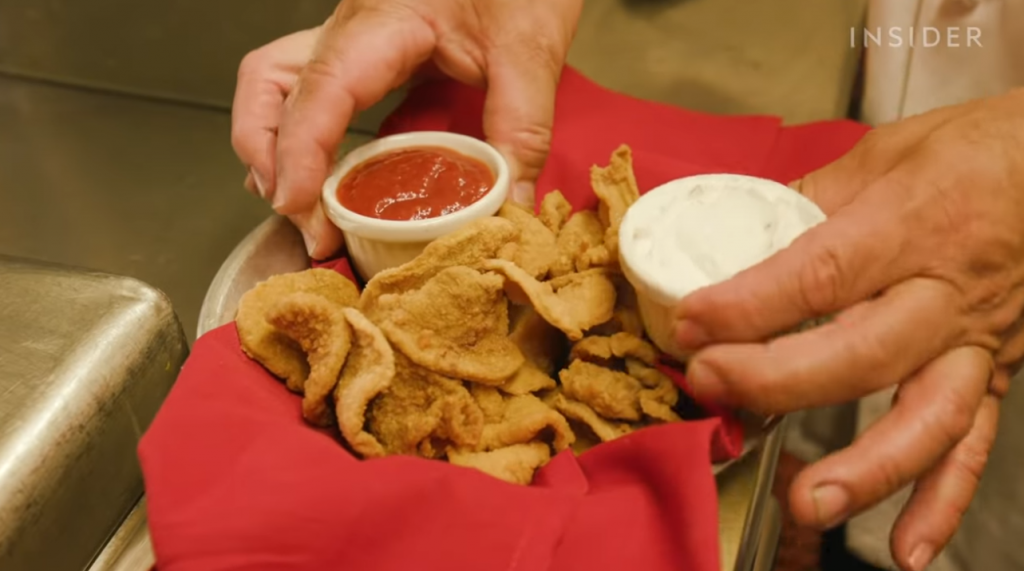 Do not think that you have tried all seafood dishes. Rocky Mountain oysters are cooked with calf eggs. Sometimes this dish is called "prairie oyster" or "cowboy caviar." Mostly in Montana, it is prepared for tourists.

Pat Olivieri, founder of Pat's Steaks, invented the Philadelphia Steak recipe in 1930. This sandwich is very nutritious. It consists of a crispy oblong roll with slices of steak sprinkled with provolone cheese or watered with Cheez Whiz sauce, all usually with the addition of onions.

A trip to New Orleans will not be considered a real trip unless you visit the Café du Monde, where you can taste donuts that are well sprinkled with powdered sugar. Throughout the world, Louisiana is considered the state of donuts. Mostly classic donuts without fillings are prepared here, but you can find donuts with chocolate and fruit fillings. 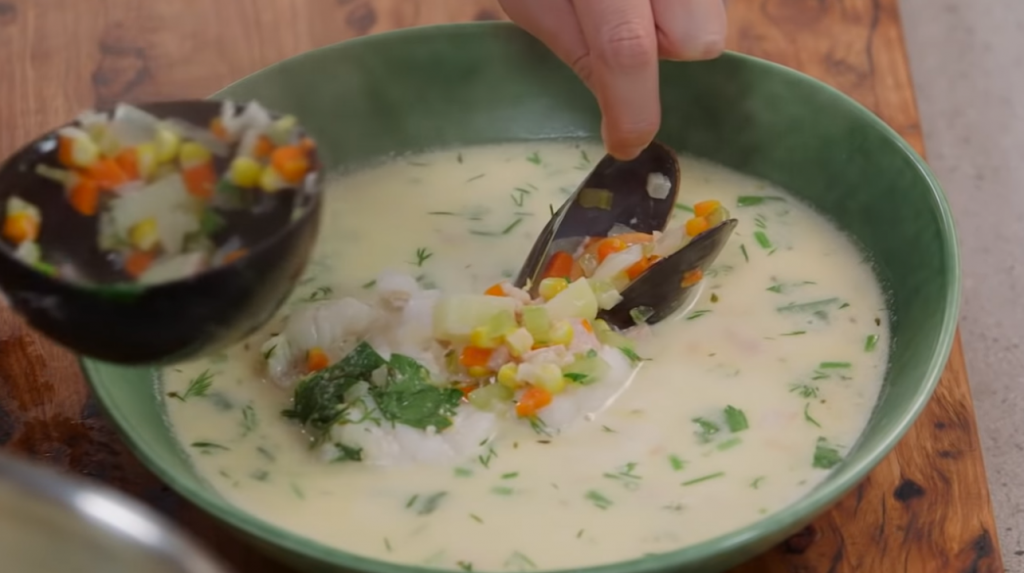 Boston is a city where you definitely need to try the creamy clam cream soup, which is usually prepared from these seafood, potatoes, celery, onions and sour cream or milk. Tomatoes, often seen in mashed potato soups in New York, are strictly forbidden in the classic Massachusetts recipe. Festivals are held annually during which Boston restaurants compete in making the best clam soup.

When traveling in the state of Georgia, be sure to order tea. It serves chilled tea along with lemon. Sugar is added when tea is brewed, and syrups (for example, peach or lemon) - after the preparation of the drink. Perhaps such tea spoils your teeth, but it’s very tasty! 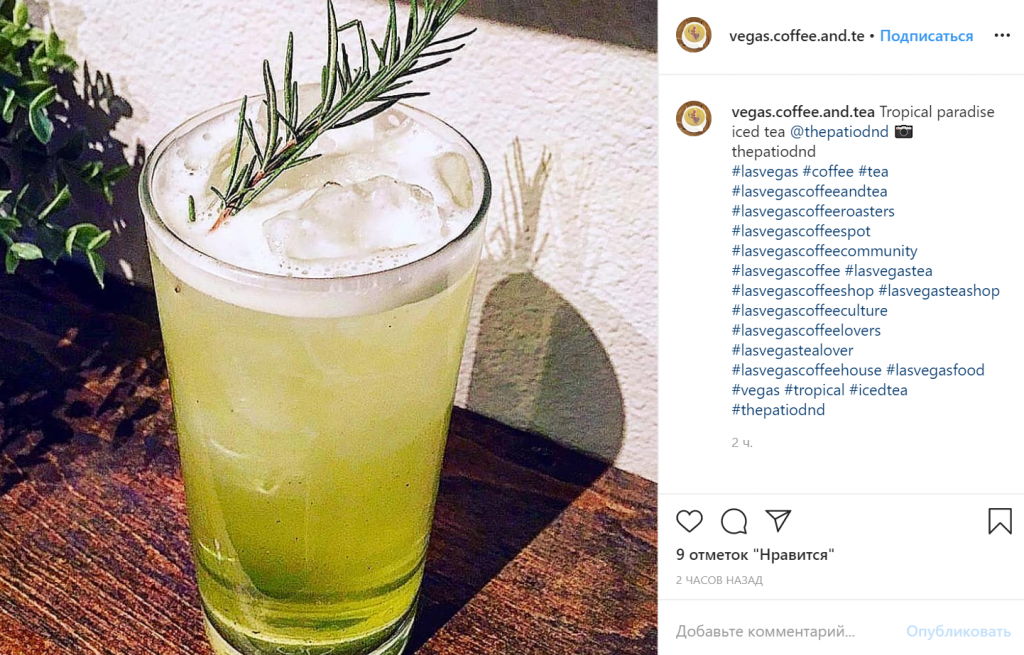 Florida is known for its large number of limes growing here, sometimes called Mexican limes. A traditional lime pie is usually made with lime juice, milk and egg yolks. The recipe, which has now become the hallmark of the Solar State, was invented in the 50s of the XIX century. Fried bread was recognized as a national dish in South Dakota in 2005. This bread fried in oil or fat is known as the food of representatives of the indigenous population of America. It can be eaten without anything for breakfast, or with the addition of finely chopped meat, salad and cheese.

Alaska is famous not only for bears and snowmobiles. The northernmost state of the USA is also famous for its smoked salmon, which is caught here (it is forbidden to grow it). Previously, smoking was considered a way to preserve fish in winter, but today this dish has made Alaska popular around the world. 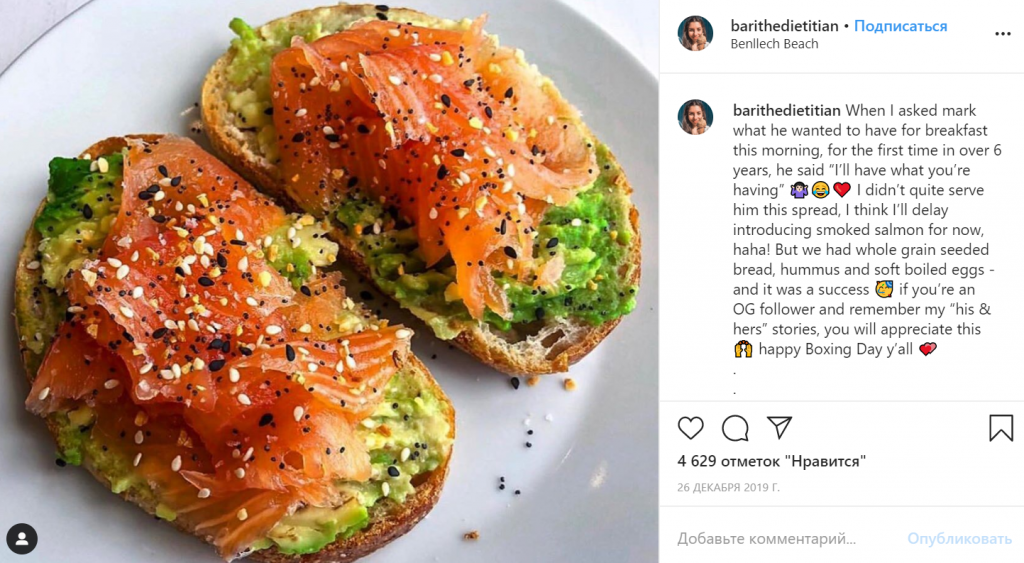 Hashappi is not shoes at all. These are deep-fried cornmeal balls that are usually served with fried fish or chicken. They have a simple origin: balls have become popular throughout the south since the Civil War, when they were prepared as a cheap way to feed dogs. 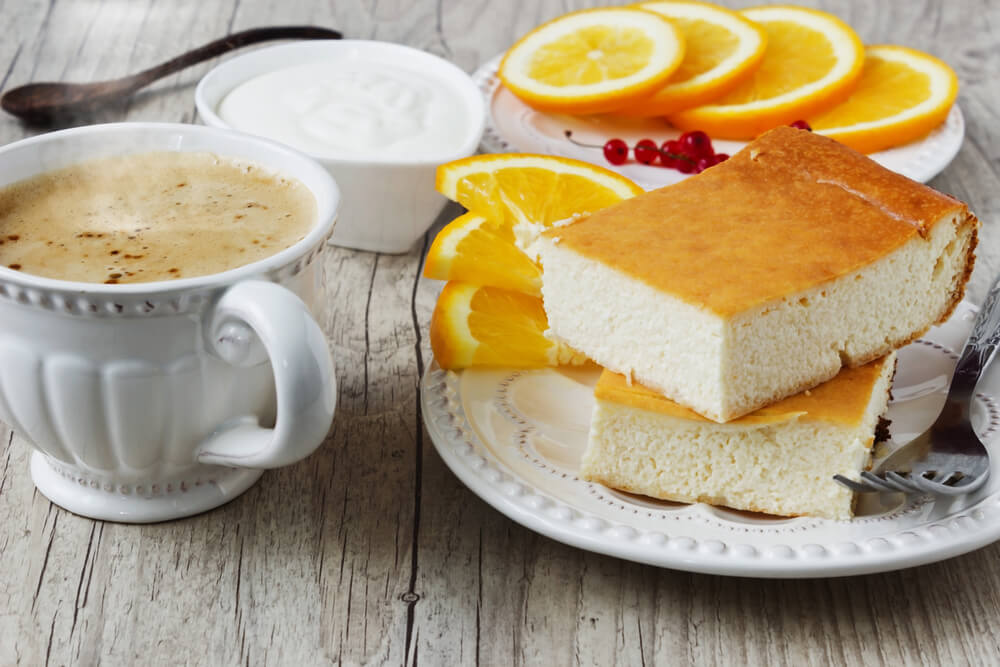 It’s hard to spoil the preparation of a cream pie, as it consists of a very small amount of ingredients. In addition to sugar and cream, you need to add a little flour and eggs to the dough, then the mixture is poured into a previously prepared base for the pie. It is also known as the pie pie.

In Texas, barbecue is made from beef, usually from the neck. Pieces of meat are pre-rolled in pepper, salt, herbs and other seasonings. Fried on charcoal, so the cooking process is quite slow.

If you like ceviche or sashimi, try the classic Hawaiian dish - raw tuna Ahi Poke. The recipe is very simple: raw yellowfin tuna is pickled in a mixture of soy sauce, salt and chili. You can also replace tuna with octopus or add ingredients such as ginger, green onions or seaweed.

A popular smoked beef pastrami sandwich was invented in Romania. The recipe was brought to the United States in the early 19th century. The best place to enjoy this sandwich is the Katz delicacies, which deserves to be said about it: “The sandwiches are the best here.”

Natural or Organic: Which Products are Best to Buy in the USA

10 things we pay the most for