Home Page Incidents $ 17 thousand a month for electricity: after the storm, Texans were billed unthinkable for a communal apartment

$ 17 thousand a month for electricity: after the storm, Texans were billed unthinkable for a communal apartment

Because of the abnormal cold weather in the United States, oil production sites were damaged, factories were out of order. Some Texas residents have received exorbitant electricity bills. The publication told about what is happening in the States RIA News". 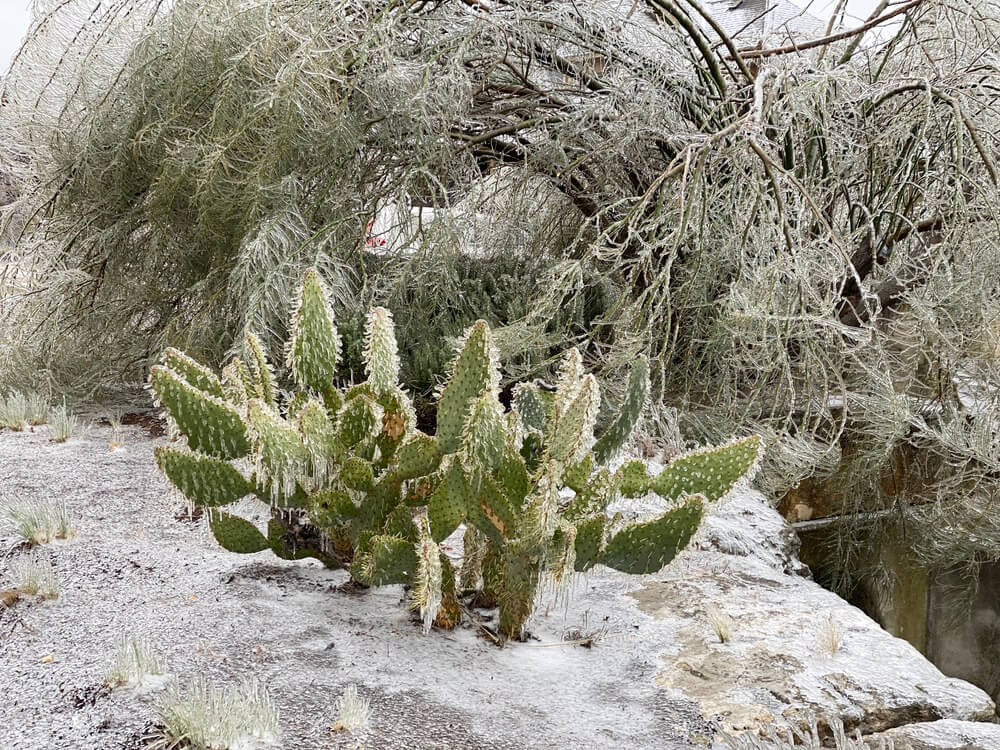 A winter storm hit the Midwest and southern United States, especially Texas. According to Bloomberg, at the largest oil field - in the Permian Basin - production fell by 65%. Due to severe frost, the equipment fails, this is the first time since 1989.

Port Arthur's Total continues to operate at minimum capacity, with Permian Basin cutting production by a million barrels per day. Refineries have stopped, in particular in Texas - refineries of Motiva and Exxon Mobil corporations.

“The losses are significant,” said Gary Ross, a spokesman for the Black Gold Investors hedge fund. Oil production in the country fell by almost a third. Before the storm, the United States was producing about 11 million barrels per day.

The cold also affected gas processing plants. He stopped the export of LNG from the United States. Shipments fell to a four-month low. Arctic air, which swept most of the country and descended south to the coast of the Gulf of Mexico, literally froze gas wells and pipelines.

On the subject: Test yourself: 5 myths on how to warm yourself in the cold

According to the US Department of Energy, gas production in the south-central region decreased by 178 million cubic meters per day. According to the agency's estimates, about 30% of local production capacities are idle and almost seven percent throughout the country.

The COVID-19 pandemic has hit the U.S. oil and gas industry hard. In 2020, almost 150 oil shale producers went bankrupt. Those most affected were those who had problems even before the pandemic.

According to Fitch's January estimates, the shale industry will not be able to return to pre-crisis levels for another two to three years - producers are concerned with optimizing costs and return on investment, rather than increasing production.

Texas electricity bills skyrocketed to $ 19 a month after Friday, Feb.17, according to reports. historical storm, writes the New York Post.

Dallas resident Ty Williams was shocked when his monthly bill rose from $ 600 last month to nearly $ 17 this month.

“How can you even pay for this? It's not a couple hundred dollars a month. There is absolutely no way to pay, it doesn't make sense, ”said Williams, who received a bill from the energy company Griddy.

Electricity prices in Texas have jumped from $ 50 to $ 9 per megawatt in some cases due to catastrophic demand.

Consumers with so-called variable or indexed power plans in Texas - the only state with its own unique off-grid power grid - are partially controlled by market demand.

This drove up prices as Texans, who had electricity, increased the temperature of their heaters in very cold conditions.

“The least thing most of us need right now is prohibitively high electricity bills. And this is, unfortunately, something that many people will face, ”said Matt Schultz, chief industry analyst.

Royce Pierce, who lives in Willow Park, a suburb of Dallas, said the electricity bill for his three-bedroom home has risen to $ 10 in the past few days.

“They might be decent and won't charge people because we can't control the situation,” said Garcia. "I hope they do the right thing."