Home In the U.S. 15 years after the disaster: why hurricane Katrina was the most destructive in US history

15 years after the disaster: why hurricane Katrina was the most destructive in US history

These days, a powerful hurricane "Laura" is raging on the coast of the Gulf of Mexico, which has already caused numerous destruction and death of several people. Laura is often compared to another hurricane that struck the US coast 15 years ago. Hurricane Katrina, which struck the United States on August 29, 2005, was the most destructive natural disaster in American history. "Voice of America". 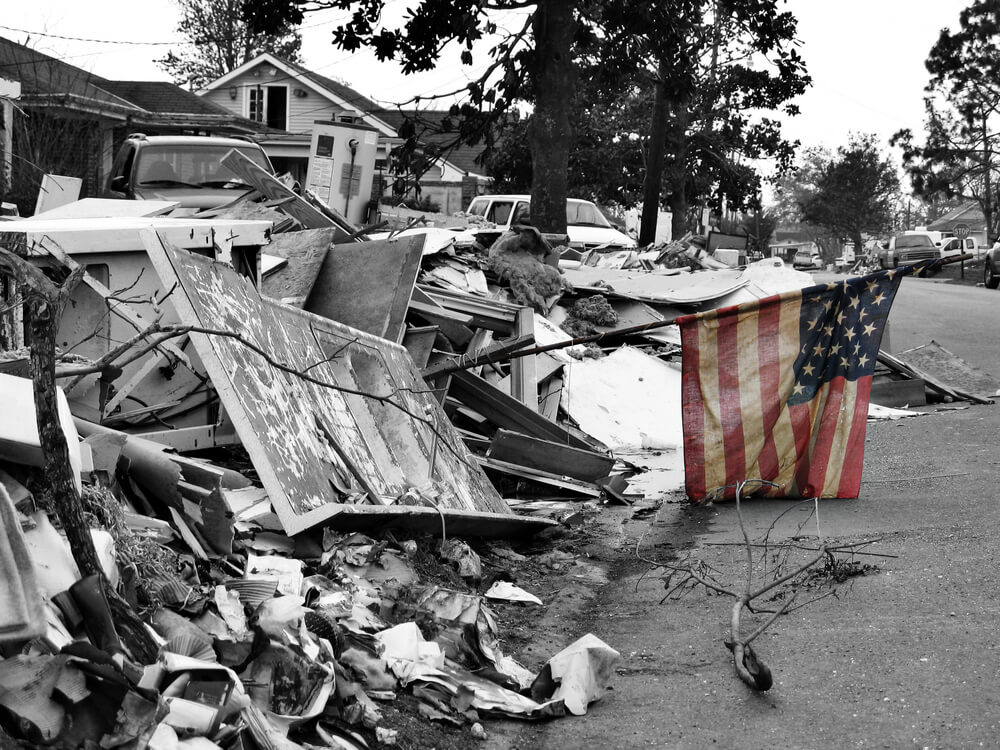 Katrina appeared in the Atlantic Ocean on August 23, 2005. Moving from the Bahamas, the hurricane two days later reached the coast of Florida, where it weakened noticeably.

However, it was too early to rejoice. After leaving Florida, "Katrina" began to rapidly strengthen under the influence, as scientists note, the uncharacteristically warm currents of the Gulf of Mexico.

Experts began to talk about the fact that a disaster of unprecedented proportions is approaching the United States on August 26. At that time, computer simulations estimated the probability of a direct strike on New Orleans at 17%, and by 28 August this risk was estimated at 29%.

Having reached colossal power over the waters of the Gulf of Mexico (maximum wind speed was 280 km / h), the hurricane weakened again before striking the coasts of Louisiana, Alabama and Mississippi on August 29. However, even the weakened element was enough to cause unprecedented destruction.

The first and greatest blow was felt by the inhabitants of New Orleans and the surrounding areas. The element took many by surprise; despite the evacuation announced a day before the arrival of Katrina, many were at the epicenter of the hurricane.

On the subject: Category 4 hurricane Laura hit the USA: video report on how it was

As a result of the breakthrough of dams, 80% of the city and most of the residential areas were completely submerged. Only the famous French Quarter, which is one of the few areas of the city that is above sea level, remained unflooded.

Those who could not or did not have time (after the announcement of the evacuation of the roads from the city, many kilometers of traffic jams) to leave New Orleans, were forced to take refuge on the roofs of houses and any hills that they could find. Rescue operations were carried out with the help of boats and helicopters, but due to the scale of the disaster and, as is commonly believed, poor coordination between emergency services, many had to wait for days for help.

Some of those who lost their homes were accommodated in the Superdome indoor stadium. The huge structure could hardly withstand the impact of the elements: due to the wind, the roof of the stadium was damaged and the power supply was interrupted.

The hurricane also hit neighboring states. In Alabama, the damage was incomparable to the disaster in Louisiana, but in Mississippi, Katrina caused widespread destruction and many casualties. The total damage from the hurricane is estimated at $ 125 billion (for comparison: the state budget of Louisiana, approved by 2005, was $ 17,5 billion).

Katrina has been the most destructive hurricane in the United States since 1928. In total, due to flooding, collapse of structures, falling trees, electric shocks and other factors, according to some estimates, 1 people died. It is impossible to calculate the exact number of victims of the disaster due to the variety of direct and indirect consequences of the disaster.

Official statistics usually do not take into account the indirect effects of a hurricane. These include victims of rampant crime during a disaster, cases of illness due to the inhalation of harmful dust that has risen into the air (the so-called "Katrina's cough"), all kinds of psychological problems of victims of a disaster, etc. 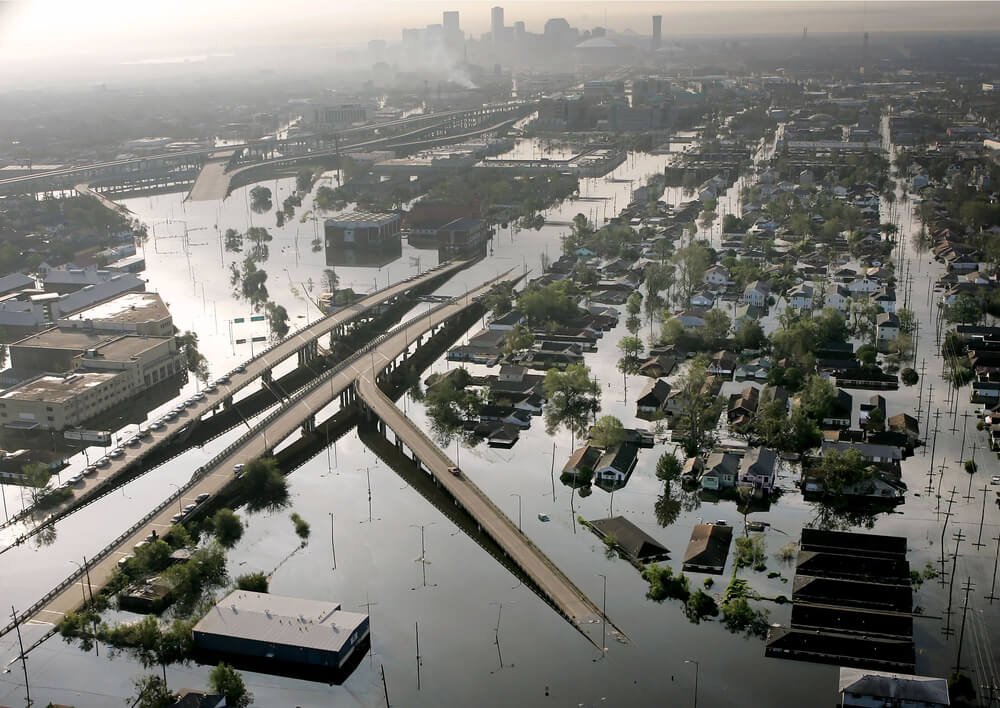 Who is to blame?

Not having time to recover from the shock that Katrina was for the United States, American society asked the question: Who is responsible for what people think is insufficient response to the disaster?

The public asked many questions. One of the main ones is why did the federal and local authorities react so late to the disaster, which even on the approaches to the coast caused forecasters to fear?

In particular, the late evacuation plan was also criticized. The decree on the need to leave the flood zone was announced 19 hours before the hurricane overtook the coast, which actually became a death sentence for those who did not have time to get out of the city, if possible. There were many questions and to the issued decree on the state of emergency, the plan of which did not include some coastal districts.

The media and the public were also outraged by the lack of water, food and resources. Temporary shelters had resources that should have been enough for 15 people. However, the authorities underestimated the scale of the disaster: more than 30 thousand people have accumulated in the Superdome stadium alone.

An organization whose role was to prevent and mitigate the consequences of such disasters was primarily at the forefront of criticism. The Federal Emergency Management Agency (FEMA) was created back in 1979, but after the 11/XNUMX attacks in New York, it became part of the new Department of Homeland Security. From that moment on, FEMA began to focus heavily on protecting the population from terrorism.

In 2005, the Department of Homeland Security was headed by Michael Chertoff, and FEMA was headed by lawyer Michael Brown. It was these two names that sounded most often when criticism was heard about ineffective management during the disaster.

The accusations concerned both individuals in the leadership of these structures and the existing system as a whole. Many (including then New York State Senator Hillary Clinton) believed that FEMA's accountability to the Department of Homeland Security deprived the agency of the necessary funding and diluted responsibility for the disaster between the two departments. The disproportionate focus on counter-terrorism, according to some, also jeopardized the financial resources needed to deal with natural disasters.

In the wake of criticism, almost all the names were mentioned, in one way or another involved in eliminating the consequences of the hurricane.

The criticism was accompanied by mutual recriminations. For example, New Orleans Mayor Ray Nagin was extremely unflattering about the FEMA leadership; in turn, Nagin was accused of ineffective use of federal funds, as well as the fact that he allegedly did not use numerous school buses to transport people, as required by the evacuation plan.

Louisiana Governor Caitlin Blanco and New Orleans Fire Service chief Eddie Compass (who later resigned) were hit. The decision to leave his post was made by the head of FEMA, Michael Brown, despite praise from US President George W. Bush. 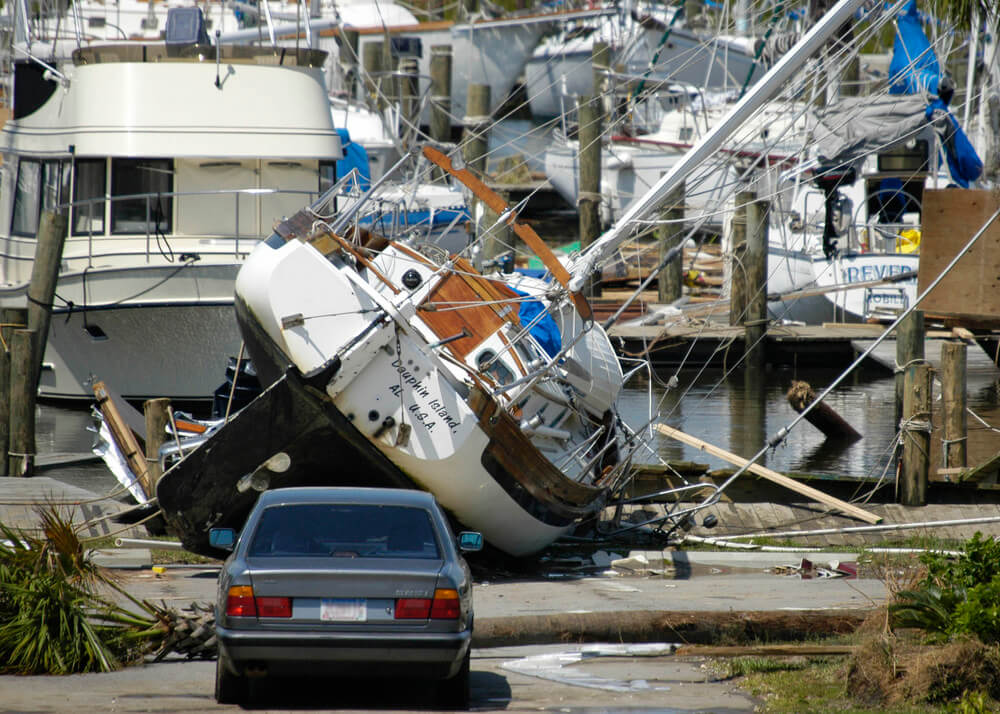 However, according to a number of experts, despite the many mistakes and shortcomings of the US leadership, the main culprit is a deadly combination of factors that together caused such massive destruction and a colossal number of victims.

Leiden University professor Arien Boin, a witness to the events in Louisiana and author of the book "Dealing with Hurricane Katrina: Lessons from the Mega Crisis", argues that it was simply impossible to consider all the attendant factors and prepare for such a large-scale disaster. In addition, there has never been a natural threat of such magnitude in the history of American emergency services.

“When it comes to the reaction of the authorities, the picture is extremely complex,” Boin said. - Indeed, in fact, many measures taken by the authorities have been effective. Take the evacuation: after all, most of the residents of New Orleans were still evacuated from the city on time. "