There are a few things that people in Northern California do, and the rest of the country just doesn't understand it, but that doesn't mean Californians will change their habits. Writes about this Only In Your State. 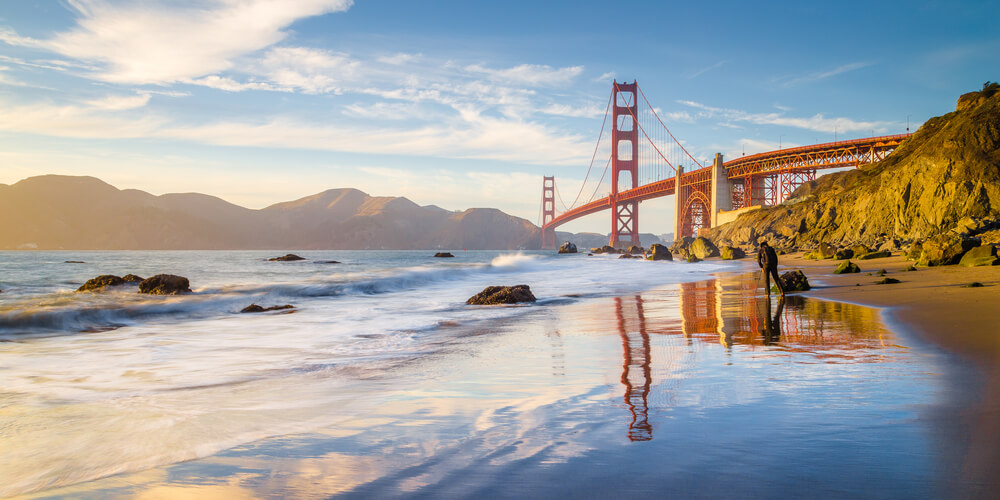 Even if there has been a drought recently, this is no excuse for being wasteful.

2. Swim wherever it is deep and clean enough, no matter how cold

From the Pacific Ocean to backyard pools, Northern California residents love to swim in the water as much as they hate wasting it.

3. Hold festivals for almost all types of food

4. Call all the dishes on the grill "barbecue"

Some people, especially those from the south, don't like it when they do it, but the people of Northern California don't care.

On the subject: Only one in the world: Northern California has a unique beach that everyone should see.

5. They wave to everyone, especially builders who hold stop signs in their hands

For some reason, Californians always make a special effort to thank these guys for their work. Obviously, they don't always get the same courtesy.

Although not very good, it is much preferable to the humid hot climate that reigns in the east.

Northern California residents do not understand why people tend to surround themselves with the suburbs and live in the metropolis when there are such impressive rural scenic views.

And this is very logical, otherwise why would a single state be divided into two such different territories.

The most delicious apples, corn, avocado, mango, pumpkin and more are grown right here. Therefore, Northern California residents will prefer the farmers' market over the store.

On the subject: 11 facts about the inhabitants of Southern California, which many are surprised

This is a fresher, more picturesque and fun journey on the road at a lower cost, even if it takes a couple of extra minutes.

11. Keep your favorite hangouts a secret

No Northern California resident will tell you where the party is or what it's called. They can keep secrets.

12. They always walk by car

Northern Californians love to walk from the red forest to the mountain peaks. And the best way to see it all is definitely by car.

Many residents of the state move, but then return anyway. They believe that there is no better place than home, which will always be in their hearts.

11 facts about the inhabitants of Southern California, which many are surprised