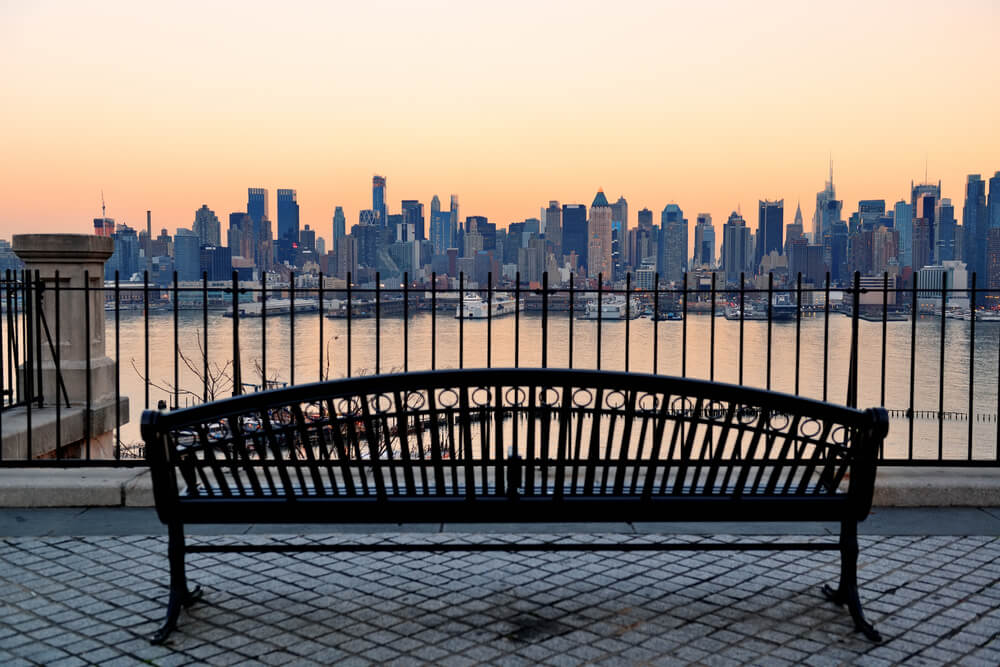 Plates of garbage are not literally. If you go to Western New York, you can see that the locals eat the so-called trash cans. This dish, in which there is meat, pasta, french fries, beans. It is difficult to call such a jumble somehow differently than garbage.

2. Drink water from the tap

When representatives of other states ask for a glass of water in New York and see that you are pouring water into a glass straight from the tap, the expression of disgust on their faces is priceless. But as soon as they try the water, they quickly realize that they were in vain worried.

3. Do not cease to admire Ithaca

You may be surprised to know how many small towns have nicknames, but no one is more famous than Ithaca. This is a small area of ​​New York where there are many natural wonders, mostly gorges and waterfalls.

In New York, there are many places for trekking that even fellow citizens seem very crowded because of foreigners. But there is nothing better than to relax near the city. You can, for example, stroll along the incredible paths in the New Paltz.

5. Sometimes all you need to free your head is to go nowhere.

6. They emphasize that they do not live in the city of New York, but in the state

We stop specifying exactly where we live during dating, when you stop assuming that we don’t mean New York City when we tell you that we are from New York.

7. We don't stop talking about Wegmans

Yes, we understand that it is strange that we have such a love for Wegmans. But we do not care. For us, a great gift that we have Wegmans and that they opened headquarters in our state.

8. We love to introduce fictional worlds into reality.

We are creative and love when imagination works. Therefore, non-miracles can be found all over New York. For example, Star trek tours in Tikonderoga, North Pole in Wilmington and the magical world of Harry Potter in Ithaca.

9. We are not ashamed to praise our strange, but historical sights.

There are several places of interest in New York that are far from the standards. Although for many tourists they may seem completely strange, we are not ashamed to praise a big duck on Long Island and other strange things.

One of our most beautiful places that attracts tourists is in the Adirondacks. There is a whirlwind on Lake George. You need to get up in a certain place and scream. Your voice will be echoed, but only people standing in a certain place will be able to hear it. For people passing by, you will look like crazy.

11. Salted potatoes are not a punishment, but a delicacy

Potatoes with salt - this is one of the favorite snacks of the locals.

12 degrees is a holiday

If 70 degrees are shown on the thermometer, then we are going to get dressed easily, and it doesn't matter what season is outside. Our closet looks very eclectic. The weather is very strange, and so you can wear a jacket one day North Face, and the next take a swimsuit.

Habits, relatives: what prevents the spread of remote work in the US