Home In the U.S. Biden's 100 days: what immigration promises the president fulfilled

US President Joe Biden will celebrate 100 days in office this week, recalls "Voice of America". 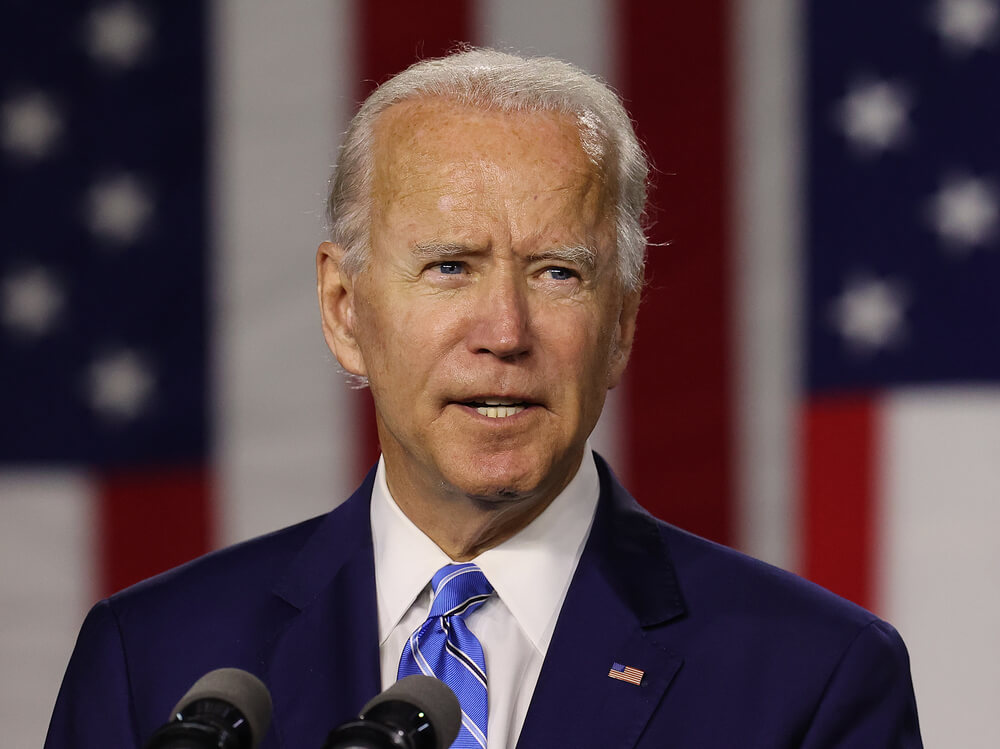 Two large-scale polls showed that Americans generally support the president's policies. A poll conducted jointly by the Washington Post and ABC found that 52% of Americans positively assess Biden's performance in office, and 42% are dissatisfied with his actions. NBC News polls point to 53% and 39% respectively.

The ABC polls revealed that support for Biden's efforts to overcome the pandemic is quite high - at 65%, but only 39% of Americans support the US president's immigration policy.

Similar results were shown by the NBC News poll - 69% of Americans supported Biden's policy to overcome the pandemic, 52% approved of the president's economic policy. Biden received the lowest marks for China policy (35%), arms handling (34%) and border security and immigration (33%).

ABC considers party affiliation to be a significant factor in Biden's ranking. So, only 13% of Republicans approve of Biden's work in a position corresponding to the level of support that Democrats gave Trump in his first hundred days.

NBC News polls showed that Biden has the support of 90% of Democrats, 61% of non-partisan voters and only 9% of Republicans.

On the subject: From taxi drivers to billionaires: who will be affected by the tax hike under Biden

Immigration promises and their fulfillment

As noted by APBiden has delivered on some of his biggest campaign promises aimed at climate change as well as the economy. But some of the problems proved to be more difficult for the administration, including immigration. Biden is trying to figure out how to carry out the promised reforms in the face of a sharp increase in the number of unaccompanied minors trying to cross the border. In keeping with some of his promises, Biden is waiting for Congress to take action.

Here are some promises and the status of their fulfillment.

Far from being fulfilled. The White House first announced that there would be stick to Trump's 15-person limit due to "humanitarian considerations". Faced with backlash from Democrats, the White House said that Biden would increase Trump's historically low refugee limit, but probably not all the way to the 62 people Biden had previously planned. And the numbers actually adopted this year are likely to be closer to 500.

Yes, but is that enough? The Department of Homeland Security dispatched the Federal Emergency Management Agency to help cope with the massive surge in arrivals at the border, and Biden signed a decree asking officials to prepare plans for the use of humanitarian resources there. He has yet to establish any new public-private partnership. The largest number of unaccompanied children ever at the border has led to massive overcrowding at customs and border facilities and sparked a frenzied struggle for temporary space in convention centers, military bases and other major sites.

Reform the US asylum system.

Not fully implemented. In February, Biden signed a decree directing his officials to develop a migration strategy, including refugees and asylum seekers. Biden promised to introduce a new "humane" asylum system, but he and his assistants were silent on the timing and did not offer any details. He canceled some Trump-era policies, such as requiring new asylum seekers to wait in Mexico. But he adheres to Trump-era policies that allow customs and border officials to expel migrants entering the country without permission to avoid the spread of COVID-19. And Biden has yet to formulate a plan to manage the flow of asylum seekers other than a proposal to spend billions of dollars on root causes in Central America.

Submit the Comprehensive Immigration Reform Bill to Congress within the first 100 days.

Remove travel restrictions for people from a number of Muslim-majority countries.

Reverse the Trump-era order expanding the criteria for deporting immigrants and revert to the Obama-era principle of prioritizing the deportation of immigrants who pose a threat to national security, border security or public health.

Stop funding and construction of the border wall.

Reinstate the principle of deportation of Obama-era aliens who are viewed as a threat to national security or who have committed crimes in addition to illegal entry.

The attempt was blocked in court.

Optimize and improve the naturalization process for green card holders.

In progress. In February, Biden signed an executive order on a plan to improve the naturalization process, and since then, the Department of Homeland Security has canceled some Trump-era rules, solicited public opinion on barriers to naturalization, and reverted to the 2008 version of the US Citizenship Test for candidates, which is considered more accessible than the Trump-era renewal.

End family separation and create a task force to reunite families torn apart at the border.

There was no revision, but Biden's Department of Homeland Security provided TPS for Venezuelans and Burmese, expanded it for Syrians and Liberians.

Convene a regional meeting of leaders, including officials from El Salvador, Guatemala, Honduras, Mexico and Canada, to consider drivers of migration and proposals for a regional resettlement solution.

Not yet completed. Vice President Kamala Harris, tasked with tackling the root causes of migration, spoke with the leaders of Mexico and Guatemala, but no regional meeting is expected.

Protect the "dreamers" - young immigrants smuggled into the United States by their parents - and their families by re-establishing DACA, the Obama-era policy that protects them from deportation.

Homeland Security chief Alejandro Mallorcas said in March that his agency is issuing a policy to “preserve and strengthen DACA,” but that policy is facing challenges in a Texas court that could override protection for “dreamers”.

Ensure that employees of the Immigration and Customs Service and Customs and Border Protection comply with professional standards and are held accountable for inhuman treatment.

Biden included funding for training and misconduct investigations in his immigration bill and in the budget he proposed to Congress. His administration is grappling with questions about allegations of abuse in at least one institution in Texas that are being investigated.

End long-term detention of migrants and invest in a case management system to handle migrants.

No additional investment in case management systems was reported. The administration has indeed rolled out plans to release the parents and children within 72 hours of their arrival in the United States in March. Officials subsequently admitted that hundreds of children were being held by border patrols for much longer due to an increase in the number of unaccompanied minors arriving at the border and a lack of accommodation.

Thousands of winners of the green card lottery are denied visas: 5 main reasons and how to challenge them

Biden becomes the first US president to recognize the Armenian genocide