Home Page In the U.S. 10 doctors, 65 days in the hospital and skinned skin: how the American overcame carnivorous bacteria

10 doctors, 65 days in the hospital and skinned skin: how the American overcame carnivorous bacteria

When teacher Chris Gordon woke up with a lump the size of a tennis ball on his elbow, he immediately went to the doctor for a checkup. 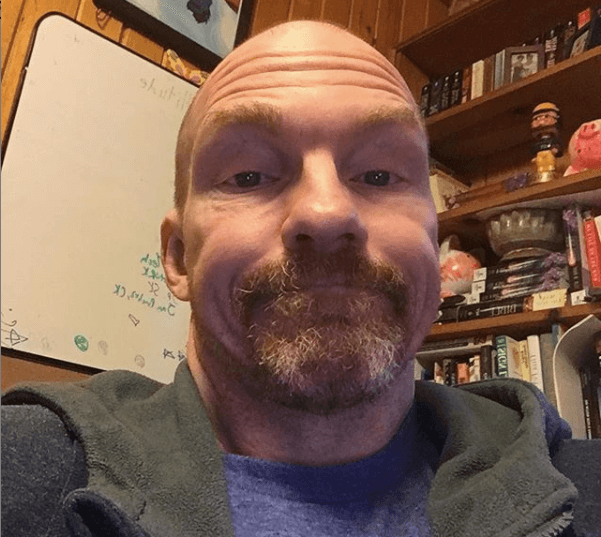 At first he was told that he may have cellulite-cellulitis (acute spilled purulent inflammation) of subcutaneous fatty tissue. Since this is not a serious disease, the doctor sent him home and told him to monitor the bump, writes New York Post.

But during the day, 44-year-old Chris began to feel increasingly weak, and by evening he was urgently sent to the emergency room.

The doctors at the emergency room were unable to diagnose him, so Chris was taken to another clinic in Minnesota, where he was told the terrible news that he had picked up bacteria that feed on flesh.

Doctors told him that they would have to remove a lot of skin from his arms, neck, chest and back.

Necrotizing fasciitis is a very rare bacterial infection that destroys the skin, fat and tissue around the muscles.

Once the bacteria enter the body, they can spread within a few hours, leading to sepsis and even death of the infected.

On the subject: California is considering the introduction of free medicine for adult illegal immigrants

“Let me explain what necrotizing fasciitis is. Imagine a fire starts in the middle of a dry forest, and the only way to stop its spread is to get ahead of it and conduct controlled burning. To do this, you must remove the trees before the fire can use them as fuel, ”explained Gordon.

“Now imagine that the forest is your skin and the fire is your necrotizing fasciitis,” he continued.

He spent two weeks in intensive care after diagnosis and removal of the skin, and the next six in the regular unit, where he was given a cocktail of drugs to control pain and reduce blood clotting. He even got a recipe for one beer a day.

He recalls: “I worked with at least 10 doctors, including the team that worked with my plastic surgeon. I was given numerous medications such as ketamine, morphine, xarelto, oxycodone, oxycontin, and beer. ”

The story of how beer was prescribed to him turned out to be quite interesting.

“After being in the hospital for so long, I asked my surgeon if I could have a beer. Later that day, my father-in-law Bill, who is also a Lutheran priest, came with a can of beer and two plastic cups in a brown bag. He went to ask the nurses what I can drink, and three minutes later a nurse entered my ward with a written prescription for one beer a day, ”the man said.

When Gordon was finally discharged from the hospital after 65 days, he still had to continue treatment.

“When I was finally able to leave the hospital, I was still undergoing physical therapy as an inpatient and outpatient treatment for eight months,” he said.

What is necrotizing fasciitis

Necrotizing fasciitis is a rare but serious bacterial infection that affects tissues under the skin, muscles, and organs. Although bacteria are often called "carnivores," they don't actually eat anything - they release toxins that damage tissues.

On the subject: What trauma taught me: 15 observations about American medicine and society

It is possible to get infected with this bacterium through minor cuts and injuries, but they spread very quickly and can kill a person if you do not promptly start treatment.

The symptoms may first look like less serious diseases, such as influenza, gastroenteritis, or cellulitis.

Primary symptoms may include:

Secondary symptoms may develop after a few hours or days:

The experience of Chris has pushed him to active sports, which he brought to a new level.

He ran with 2002 of the year, boxing, water skiing and played football. He also practices taekwondo, a Korean martial art in which he recently received a black belt.

On the subject: No laughing matter: how modern medical marijuana kills

“I am eternally grateful to God, my family, my friends and the excellent medical staff at the Mayo Clinic. Thank you so much, ”he said.

“All this experience has prompted me to set many long-term fitness goals. I recently passed the Taekwondo Black Belt test. In addition, I participated in half marathons, 10 km, 5 km and in intercity relay races, and also set new personal records, ”said the man.

You can learn more about his fight against the disease and achievements on Gordon's page. Instagram.

6 ways to save money on prescription drugs

Five things to do before paying your medical bills