Hand washing is an important part of hygiene, it prevents germs from entering your body and also limits the migration of bacteria and viruses. The Centers for Disease Control and Prevention recommends using soap and clean water or an alcohol-based hand sanitizer to clean your hands. Research shows that both methods effectively prevent the spread of germs. Reader's Digest. 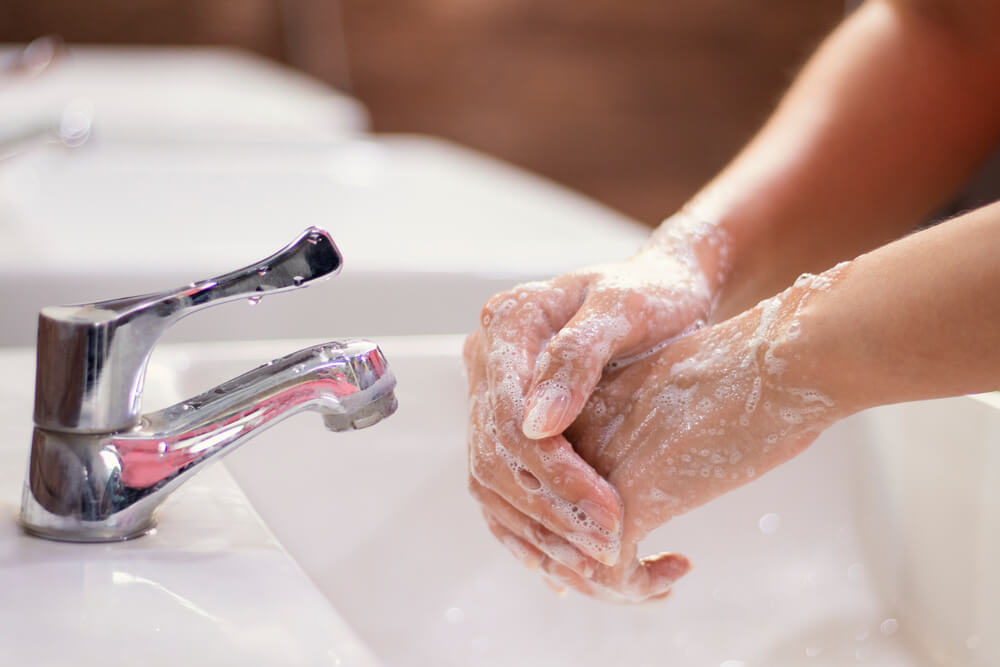 Although washing your hands will not completely relieve them of microbes, you should always wash your hands after touching these ten items.

These days, you can use a debit or credit card for most purchases, but sometimes you just have to use cash. When you do, be sure to wash your hands as soon as possible. Researchers checked $ 1 banknotes in a New York bank and found hundreds of microorganisms, including oral and vaginal bacteria, as well as pet DNA and viruses. Studies have shown that some money and coins even contain pathogens such as E. coli and Salmonella. According to the Federal Reserve, money cannot serve for a short time. Banknotes of $ 100 have been in use for 15 years. So you will never guess how many germs are hiding in your wallet right now.

Hand washing is incredibly important to limit the spread of bacteria and viruses, says Katie Barris, MD, a dermatologist at Columbia University Medical Center. According to Dr. Barris, it should be remembered that handwashing is mandatory after traveling in public transport, when several people constantly touch the same surface. This also applies to surfaces accessible to many people, ranging from handrails on the escalator to columns in the subway, door handles in the bathroom.

Many germs can live in restaurants, but the menu is their main gathering place. Researchers at the University of Arizona found that there are 185 bacterial organisms on the menu. This is not surprising, as many people touch the restaurant menu every day. You too cannot avoid this, but then be sure to wash your hands after touching.

Due to the large number of patients per day, most things in the doctor's office contain germs or bacteria, especially the handle on the front door. It has 46 more germs than the average toilet seat. The armrest of a chair in the waiting room is the same place where a large number of germs accumulate. So wash your hands thoroughly after visiting your doctor.

Since touch screen technology is very common these days, it’s important to wash your hands after touching any of them. According to Dr. Barris, touchscreen kiosks at airports or public transportation have a lot of germs.

"Germs are everywhere, but in some places there may be more than you might imagine," she warns.

Cell phones are also on this list. Moreover, we often give them to other people. Therefore, even ordinary hand washing with soap and water will reduce the risk of transmission of pathogenic microorganisms.

The kitchen is the habitat of microbes. There is not only raw or uncooked food, but also food leftovers, dishes and textiles. For example kitchen towels and sponges. In one study, 326 different types of bacteria were found living on used kitchen sponges. Be sure to throw away the old ones and, as Dr. Barris suggests, always wash your hands before preparing food and after handling raw meat.

Although many people use a telephone or a computer to take notes and make lists, sometimes you just need to borrow a pen. This is normal, but be sure to wash your hands after using it. According to the Wall Street Journal, on an average office pen, the number of bacteria is ten times the number of bacteria on an average office workplace. If in doubt, then remember that some people have a habit of chewing on caps on handles.

On the subject: Microbes and bacteria: what is better not to touch in hotel rooms

Soap dispensers are home to many bacteria. Researchers at the University of Arizona found that reusable soap dispensers are particularly germ-rich. When you press on the pump, any bacteria that you hope to wash off has the potential to enter the dispenser. Researcher Charles Gerba says that touching reusable soap containers can actually transfer more bacteria to your hands than sticking your hands in the toilet.

According to the Federal Aviation Administration, about 2,6 million passengers use their services every day. The more people, the more germs and more public surfaces. Avoid touching door handles, fountains, touch screens of kiosks and especially plastic pallets on the airport security line. According to studies published in BMC Infecious Diseases, people put their dirty shoes and bags in these trays, which threatens cleanliness.

Americans buy cleaning products in fear of coronavirus: will they help