It was a crazy year for air travel, as many commercial airline passengers made headlines for their shocking, strange, or even overtly vulgar behavior. Writes about this Fox News. 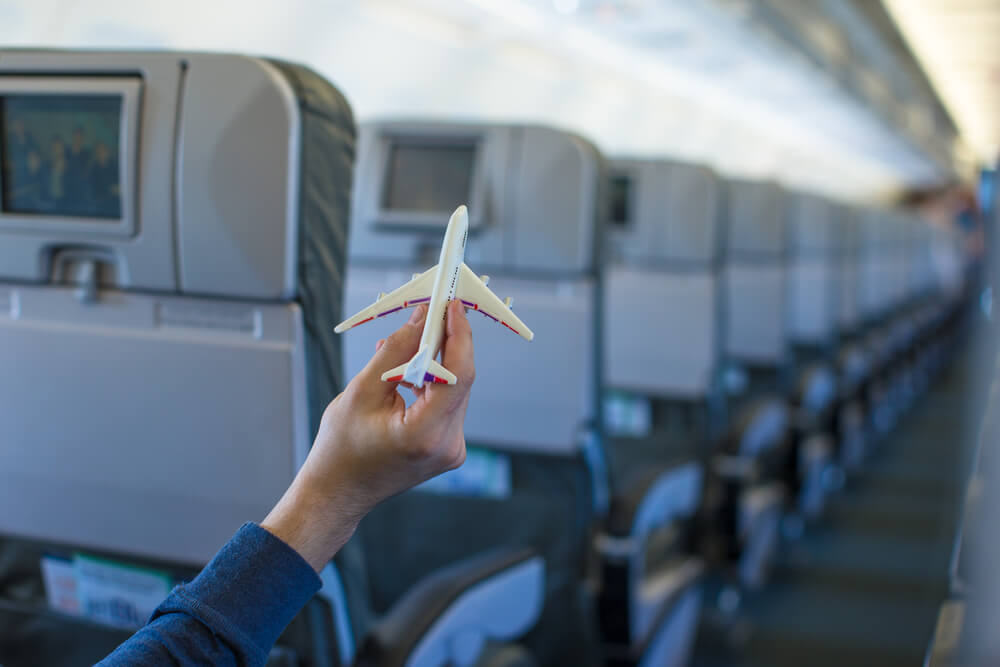 As millions of travelers fly around the world every day, the odds of strange and wild events on the plane seem inevitable. The craziest things people did on an airplane in 2019.

In April, a video of how two men board their flight with “falcons of emotional support” was widely spread on social networks.

Dear birds, which were hardly true support animals, have made Twitter users talk about the popularity of falconry in parts of the world, especially in the Middle East.

Passengers departing from Wuhan Tianhe International Airport (China) were probably annoyed when one of their companions threw “good luck” coins into the engine of the aircraft and delayed departure.

In the video recording of the incident from the surveillance camera, it was seen how a man throws coins. Three 1 yuan coins were later found on the ground near the engine.

This man told the police that his mother-in-law insisted that he perform a superstitious act for a good flight, as this was the first time her daughter had flown. He was reportedly detained for 10 days for endangering the safety of passengers on board.

The bald man began to shave his head with an electric razor right in his chair in business class. His behavior was widely publicized, and Instagram even created his account called @PassengerShaming

Babies and bare feet are two things most people hate on an airplane, but one passenger made matters worse when he stuck his bare toes between the seats in front of him - dangerously close to the face of another passenger's child.

On the subject: Do not touch: 5 the most dirty places on airplanes

"Pour water on that nasty leg!" - said one of the commentators on social networks.

“The dude will miss his toes if his leg is so close to my child's face,” another warned.

The couple left the toilet after several minutes of joint stay in a cramped space.

Several passengers had already lined up, and judging by their reaction, not everyone was happy to know why they had been waiting so long.

“I couldn't believe my eyes… I heard that it happens, but I never thought that I would see it in real life,” commented the scene American Olympic beach volleyball player Stafford Slick.

During the flight, a huge blister burst near the passenger, she splattered the blood of two people, a book and the plane itself.

After landing in Florida, the plane was met by the Miami Dade emergency service. The passenger also shared a video of the “great” stewardess patiently explaining the next steps to a woman who had a bubble burst and men who were sprayed with blood.

One Xiamen Airlines passenger delayed the flight for one hour. She decided that the cabin was very stuffy, and opened the emergency exit door of the aircraft to take a "breath of fresh air."

Singer Aubrey O'Day provoked a flurry of comments on social media when she stated that the American Airlines stewardess made her take off her shirt “in front of the whole plane.”

According to O'Day, the shirt from a famous designer had "f - k" written on it, and there is nothing wrong with that.

In October, a woman managed to board a Delta flight from Orlando to Atlanta without an identity card or boarding pass.

The woman who flew Spirit Airlines flight from Chicago to Baltimore shortly after boarding got an unpleasant surprise when a drunken passenger vomited on her hair.

According to the witness, a man was vomited by a woman shortly after boarding a flight.

Fortunately, the drunken passenger was escorted from the plane, but, unfortunately, everyone else, too. The plane had to be cleaned again to prepare for take-off.

Worth mentioning: a naked man tried to board a flight at a Moscow airport

Although this happened at the airport and not on the plane, this incredible event deserves mention.

A traveler passing through Moscow’s Domodedovo airport said he was more “aerodynamic” by being naked, after which he took off his clothes and tried to board a Ural Airlines flight to Crimea.

The man reportedly went through the security service in Domodedovo, fully dressed, before undressing before arriving at the boarding gate. Fortunately, airport staff intercepted this man before he even managed to board.

In Russia, a drunken airborne shir was taped to an airplane chair

Cancellations and delays of flights: how to be safe and what to demand from airlines