Home Educational program 10 most devastating riots in US history

The history of the United States is the history of protests, riots and pogroms. There were many reasons, from the obvious ones related to racism or the economy to the absurd ones that began with wearing straw hats. But one way or another, such activity was and remains one of the levers that society uses to demonstrate its discontent. Even if no long-term results are usually fixed. Writes about it Shazoo. 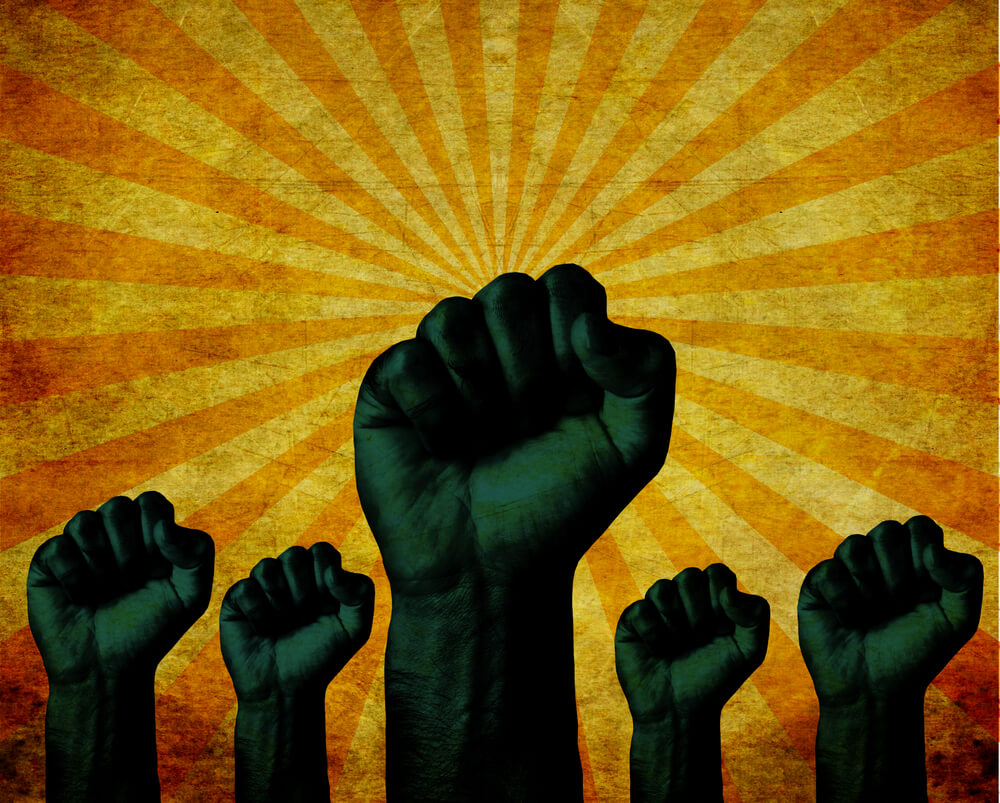 However, amid what is happening, why not recall the ten most devastating riots in US history. Just once again remind yourself that with all the technological advances, people almost do not change.

In 1863, citizens were called up to participate in the civil war. However, there was a loophole - paying $ 300 could avoid the army. Today, the amount is equivalent to about $ 5000, so most of the poor and working class could not afford to buy. Dissatisfaction with the situation led to unrest, but soon the participants began to attack blacks - many were lynched right on the streets, and their houses were destroyed. President Abraham Lincoln sent police to clean up the city and on the fourth day the situation was stabilized. It is still unknown how many people were killed - the numbers range from 120 to 2000 killed. Damage is estimated from $ 1 million to $ 5 million, which for that time was a lot of money.

The WTO conference was scheduled in Seattle on November 30th. According to some estimates, about 40 thousand anti-globalists came out to oppose the meeting. They blocked roads and did not allow delegates to get to the exhibition complex. Police responded with tear gas, pepper gas and rubber bullets. A total of about 600 people were arrested. The damage was estimated at $ 20 million.

On the evening of July 13, 1977, light went out in New York. This was not the first such case, but in the past, serious incidents did not happen. But in 1977, everything went in the opposite direction. Riot damage was estimated at $ 300 million. More than 1600 stores were looted. Over 1000 arson attacks occurred. More than 3700 people are arrested.

On the subject: Conspiracy, tricks of Russia and the local problem: protests in the United States through the eyes of our immigrants

After the killing of 19-year-old Timothy Thomas by the police, hundreds of people took to the streets. On the third night of riots, the mayor imposed a curfew, after which the crowd dispersed, although the reason was an unforeseen factor - rain. In total, the damage was estimated at $ 3,6 million.

In the early morning of July 23, 1967, a police squad raided an underground bar. Rumors of police brutality quickly spread around, so that a crowd began to gather on the streets. At 05:00 a bottle was thrown into the window of a police car, which caused an aggressive reaction. By 15:00 p.m. the same day, more than 400 police officers were trying to restore order by meeting a barrage of bottles and stones. Even firefighters responding to fire were the victims of attacks. Damage was estimated from $ 40 to $ 80 million.

When Martin Luther King Jr. was assassinated on April 4, 1968, riots broke out in more than 100 major US cities. One of them was Chicago, where 28 neighborhoods were looted and arson. The mayor mobilized more than 10 thousand police officers and imposed a curfew for all under 21 years of age.

The riots in the Los Angeles area at that time were the worst in the history of the city. The area was known for its large African-American low-income community. Many residents believed that in addition to unemployment, poverty and racism, they also fell victim to police brutality. These thoughts fueled the negativity that grew into rebellion. It all started on August 11, when a policeman stopped a drunk driver, and a small crowd, gathered to watch what was happening, began to throw stones. The situation lasted six days. As a result, 34 people died. Damage was estimated at $ 40 million. The worst riots happened only in 1992.

One of the worst prison riots in American history happened in the Oklahoma State Prison on July 27, 1973. Too many prisoners and an inadequate number of guards led to an attack in the prison canteen. The prisoners took 21 people hostage, but soon began to attack each other. Five hours later, a fire broke out. Authorities took control of the prison only on August 3. The damage amounted to more than $ 20 million.

Riots in the largest city of the state of New Jersey began with hearing. On July 12, two white police officers stopped an African-American taxi driver for improper overtaking. The rumor had it that the cops had killed the driver, which turned out to be a lie, but the resulting riot lasted six days, resulting in 26 deaths and $ 10 million in damage.

In 1991, four Los Angeles policemen brutally beat Rodney King, a black driver after a chase. The incident was filmed and shown on TV for a year. The cruelty was so obvious that people did not doubt the punishment for the officers. But on April 29, 1992, they were all acquitted. Thousands reacted to the verdict with aggression, assault, robbery and arson. As a result, 53 people died, thousands were injured. The riots lasted four days until the National Guard arrived in the city. According to the largest estimates, the damage amounted to more than a billion dollars, becoming the most destructive riot in US history.

Conspiracy, tricks of Russia and the local problem: protests in the United States through the eyes of our immigrants