There are many different reasons why you can be kicked out of the plane: if you start a fight, manage to bring weapons on board, or threaten the flight attendant - and this is just offhand. What about the reasons you can't do anything about while experiencing excruciating shame? For example, is your child struggling to stop crying, or did you accidentally vomit on a neighbor next door? Does this give the airline the right to kick you off the flight? 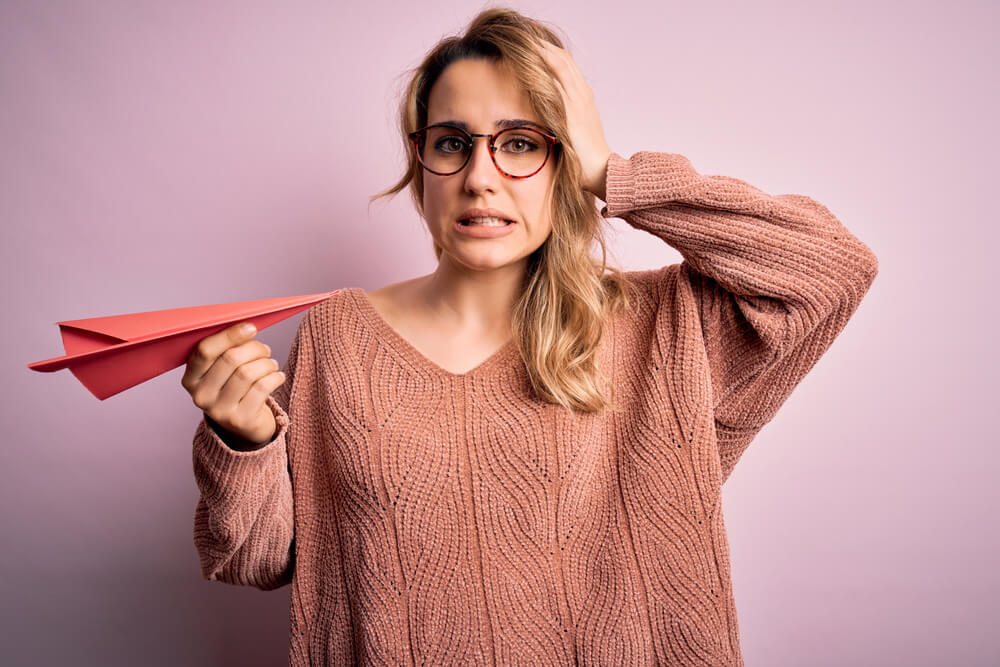 Sometimes people find themselves overboard not because of their actions, but because the airline thought it would be “better for the safety of other passengers,” writes The Richest. And here are a few people, including famous people who had to leave the plane. And even those who came to the earth through their own fault still must have experienced that same painful shame. Even celebrities are not protected.

10. Gerard Depardieu urinated on the carpet 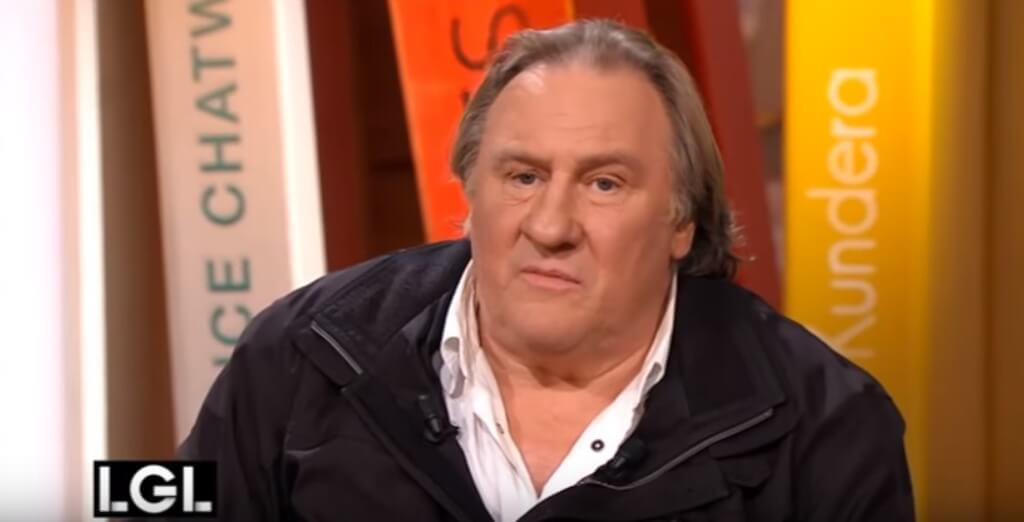 Sometimes celebrities really believe that they can do anything. For example, on board Air France in 2011, Gerard Depardieu drank a lot and wanted to go to the toilet, but the flight attendants asked him to wait for take-off. 15 minutes were too long, so the actor urinated right on the carpet in the plane. According to the crew, it took two hours to disinfect the cabin.

It can be difficult to tell whether a person is sick or not just by looking at him, but sometimes quite healthy people look as if they have a couple of hours left to live. Are they contagious? This, again, is difficult to understand. Suzanne Hayes, 72, flew to Orlando from Akron, Ohio on a Delta Airlines plane. The woman suffers from neurological disorders, due to which her skin looks much whiter than usual, but it is not at all contagious. During a transfer in Detroit, she tried to explain all this to the team, but she was told that if she did not leave the plane right away, the flight attendants would call the police. The woman had to wait 90 minutes for the next flight to get to her son in Florida. She was compensated for only $ 20.

Everyone knows the song I Will Always Love You, sung by Whitney Houston, which, in fact, was written and first performed by Dolly Parton. Not every woman can sing like Whitney or Dolly, but one of the passengers on a flight from Los Angeles to New York tried and flatly refused to stop singing. The American Airlines team, warmly supported by other passengers, was forced to "ask" for it from the plane. Believe it or not, you had to make an emergency landing in Kansas City!

7. The man got very drunk and soiled his food cart.

It’s better not to know what exactly he had stained her with. Yes, many are afraid to fly, so they skip a glass or two to relax. But there are those who go through with alcohol, not being able to stop. A certain Gerard B. Finneran was flying from Buenos Aires to New York and got so drunk that when one of the stewards refused him another portion of alcohol, the man shoved the flight attendants, trying to get alcohol. After which, and it is impossible to imagine, he took off his pants and emptied his intestines onto a cart with food and drinks. After sobering up, he was so shocked that he did not even come to court on his own case.

6. Star has suffered from fetching 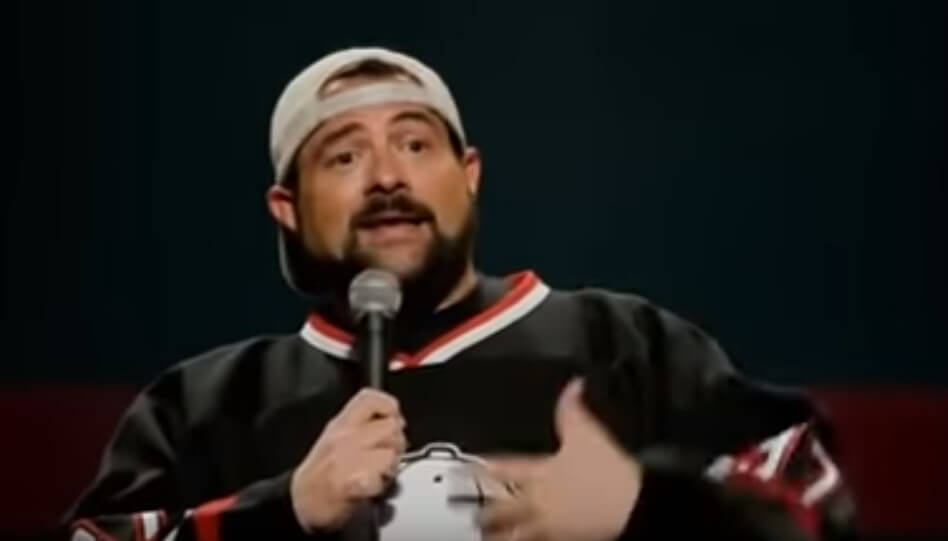 If you've heard anything about Jay and Silent Bob, or watched The Clerks, you know who Kevin Smith is. He played Silent Bob, and he is also a famous director. It has been several years since these films came out and most viewers remember this actor as complete. Since then, he has lost more than 18 kilograms, but before that he was familiar with the problems associated with flights and the inconvenience of obese people. In 2010, Kevin bought two tickets for an American Airlines flight, both for himself, to sit in two seats. Arriving early, the artist found that only one seat was free. Kevin was kicked out of the plane because of his size, although he, in general, fit in one seat.

Few things are as annoying on the plane as a crying baby, but a toddler can't do anything about it. When the plane is gaining altitude, internal pressure creates severe pain in the ears of many people - someone completely loses their hearing, and someone suffers from headaches. The child does not understand what is happening to him, and cannot express discomfort in any other way - therefore he cries and screams. Musician Sarah Blackwood, seven months pregnant and with her two-year-old son, was dropped off a United Airlines flight from San Francisco to Vancouver when the baby started screaming before takeoff, despite other passengers disagreeing with the crew's decision.

4. The passenger had Tourette's syndrome

Michael Doyle knew about his problems, so he took his documents with him so that people could understand what was happening to him. But that didn't matter - he wasn't even allowed to board the plane on the Jet-Blue flight to San Juan. Tourette's syndrome is a nervous system disorder associated with repetitive movements or unwanted sounds. Michael was aware of recent reports of airport mines, so he tried to persuade himself not to say the word "bomb" when entering the plane. But, according to sources, he said this word more than 100 times, and he was not allowed to fly away. The airline later apologized and handed the man tickets for another flight.

3. The man suffered due to his height

A man about two meters tall got on a plane bound for Canada. The flight attendant accidentally tripped over his long legs, which were exposed in the aisle. Most likely, the passenger could not properly position his legs between his and the front seats - this place is too cramped for a person of ordinary height. He was told that he would still have to rest his feet on the front seat, which was impossible and made the man embarrassed, since it was not his fault.

One of the passengers of the flight of the Canadian company was expelled from the aircraft because of the smell that emanated from him. Passengers complained about the smell of men, and those who sat nearby, felt too uncomfortable because of the strength of this fragrance. It is not known what exactly they said to the man, but those around him clearly did not want to fly next to him. The flight was briefly delayed, and the passenger was asked to leave the salon.

1. The passenger was in a low-fit jeans

Nowadays, one of the fashionable "tricks" for men is to wear trousers that are located much below the waist. Billie Joe Armstrong, lead singer of Green Day, is one of those men who wear jeans too low. According to ABC News, Billy was about to fly with Southwest Airlines to Burbank when a flight attendant asked him to pull up his pants. He was upset and refused, as a result of which he was forced to leave the plane. The airline put Billy on the next flight, but no one knows if he pulled up his pants when he took off.

Why are there so many older flight attendants on American airlines?