Home Educational program 10 people who have spoiled the lottery winnings

On Wednesday it became known that lucky South Carolina won the Mega Millions 1,6 billion dollar jackpot. After this, many may be inspired to buy lottery tickets, but in fact the chances of a substantial gain are so low that a lottery is in most cases throwing money down the drain. 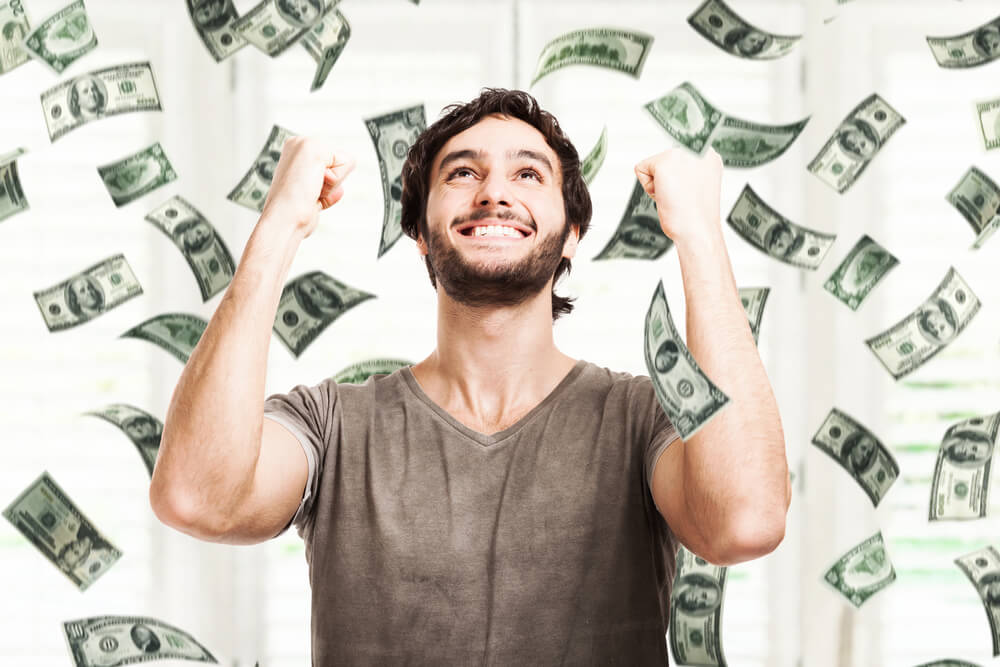 But even if you win, winning the lottery will not solve all life problems, and may even create new ones, writes Business Insider.

Here are examples from the life of 10 people, large lottery winnings which significantly worsened their financial situation and life situation.

Before they won the 2005 million dollars in the 2,76 lot year, Lara and Roger Griffith from England almost never quarreled.

After winning a couple bought a luxury home for a million dollars, Porsche, went on vacation to Dubai, Monaco and New York.

Their success ended in 2010, when a fire destroyed their home, which was insured for an insufficient amount, forcing them to spend huge amounts of money on repairs and temporary housing, in which they lived for seven months while repairs were being made.

Over Post lost 16,2 million dollars in a year, his sibling was planning his assassination

William “Bad” Post from Pennsylvania won $ 16,2 million in the lottery in 1988, but a year later he lost all the money, and 1 million dollars owed.

His ex-girlfriend sued him, suing a third of the winnings, and his brother was arrested for hiring a killer to kill Post, which is inherited.

After he unsuccessfully invested in the family business, Post was in debt and spent some time in prison for threatening a collector with weapons.

After leaving prison, Bad lived on 450 dollars per month and food stamps until his death in 2006.

In 2004, Sharon Tirabassi, a single mother who lived on welfare, won over 10 million Canadian dollars.

She confused her winnings on a big house, fancy cars, designer clothes, luxury parties, exotic trips, gifts for family and favors for friends. In less than ten years, she again had to return to work as a bus driver and living in a rented house.

Fortunately, Tirabassi put a part of her winnings into a trust account for her six children, they can demand this money when they are 26 years old.

Evelyn Adams all lost in a casino in Atlantic City

In total, a New Jersey native won 5,4 a million dollars, but lost it all while gambling in Atlantic City.

Adams also admitted that when she was declared the winner of the lottery, she received many requests for financial assistance. Some people stopped her even on the street.

But he could not cope with the instant glory that fell upon him immediately after the victory.

He bought several new cars for himself and his friends, bought a house that turned into a center of regular parties with lots of drugs and alcohol.

Musvagon also poured money into the logging business, which failed due to low sales.

In the end, he was forced to get a job at a friend's farm to make ends meet. Musvagon hanged himself in his parents' garage in 2005.

Suzanne mullins couldn't get out of debt

She divided the annual payments to three people: for herself, her husband and daughter, which gave her about 47 000 dollars a year. But she quickly got into debt - she took on about 1 a million dollars in medical bills for her son-in-law, who had no health insurance.

Mullins later decided to take away all the remaining money in a lump sum payment, but this did not help her pay off her debts. The credit company filed a lawsuit against her, and the woman was ordered to pay 154 000 dollars, but by that time she had no money.

Ibi Roncayoli was killed by her own husband after she squandered her winnings.

Ontario resident Ibi Roncayoli won $ 5 million in 1991, but she didn’t tell her husband how she decided to spend the money she won.

When Joseph Roncayoli, the doctor, found out that Ibi had given 2 a million dollars of his fortune to a secret child who she had with another man, he poisoned her with painkillers.

He was convicted of manslaughter.

The British Michael Carroll was just 19 years old when he won 2002 million pounds sterling in 9,7 (about 15 million dollars at the time).

But the love of crack, parties, prostitutes and cars made him a beggar after 5 years, and forced the man to look for work.

Andrew Jackson Whittaker Jr. lost everything because of looting and litigation at the casino

In 2002, West Virginia builder Andrew Jackson Whittaker Jr. won 114 with millions of dollars. But after that, luck turned away from him.

Thieves stole 545 000 dollars, which Whittecker hid in the car in 2003 year. A year later, he lost another 200 000 dollars after the same robbery. He was also prosecuted in a lawsuit from Caesar’s casino in Atlantic City, which accused him of not paying checks for 1,5 million dollars.

For four years, the man lost all his winnings.

Billy Bob Harrell Jr. lost everything because he couldn’t say no.

A Pentecostal preacher working in a warehouse at Home Depot won 1997 a million dollars in 31.

First all it was good - Billy Bob quit his job, went to Hawaii, bought a ranch, six other houses and new cars. And then he became too enthusiastic about charity, it all started with the fact that he donated to the poor 480 turkeys.

ОHe simply could not say “no” when people asked him for gifts, thus wasting so much of the winnings.

He later divorced and committed suicide. Shortly before his death, he told a financial adviser that "winning the lottery is the worst thing that ever happened to me."